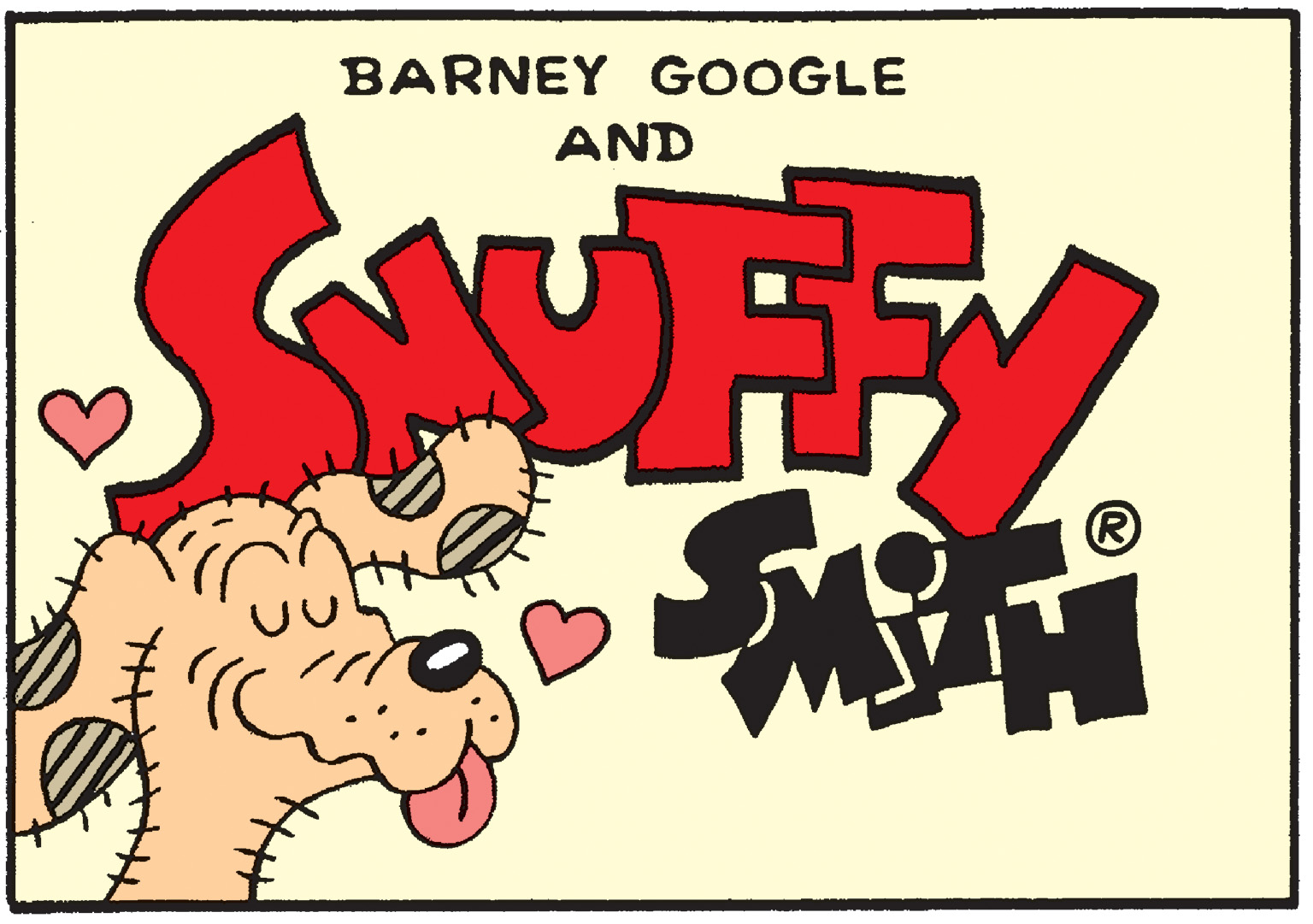 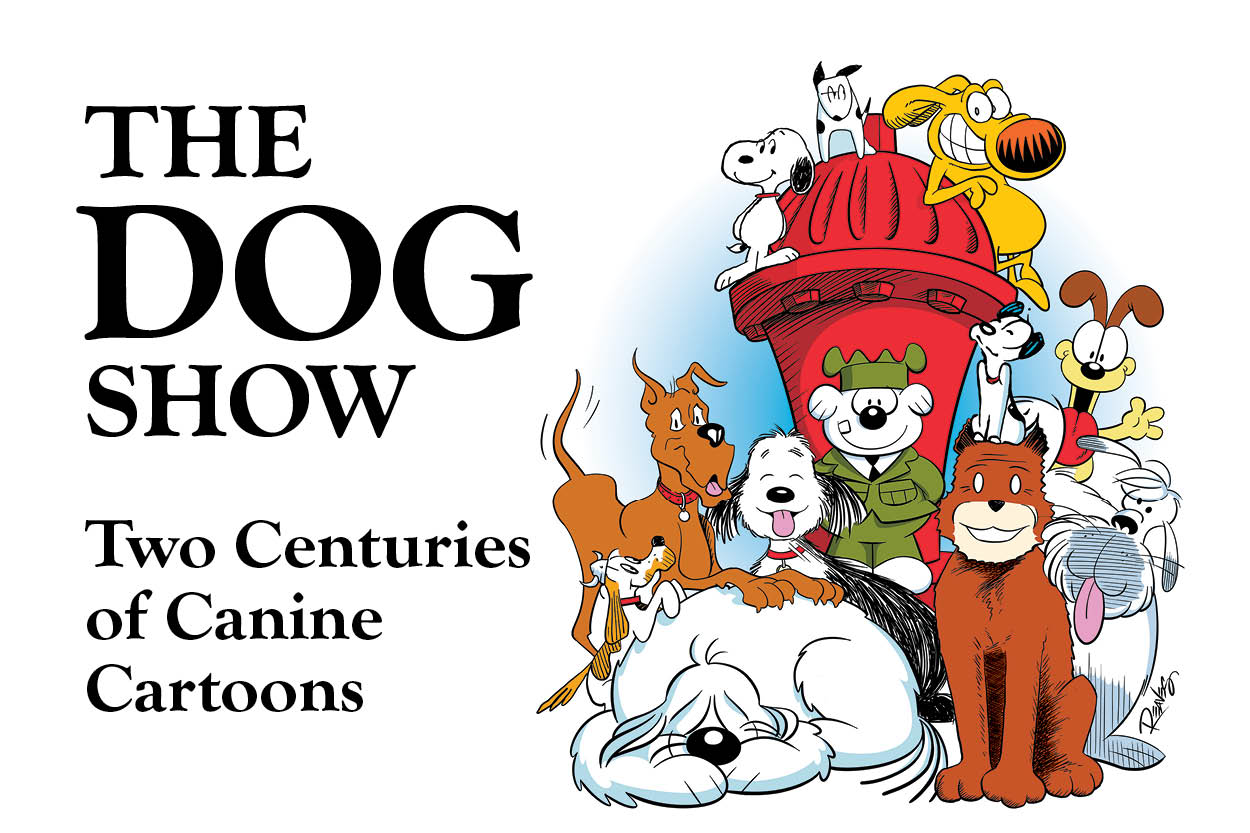 I am very honored to announce that Snuffy Smith's dog, Ol' Bullet, seen in this Sunday page below from earlier this year, is among the cartoon canines featured in a new exhibition! 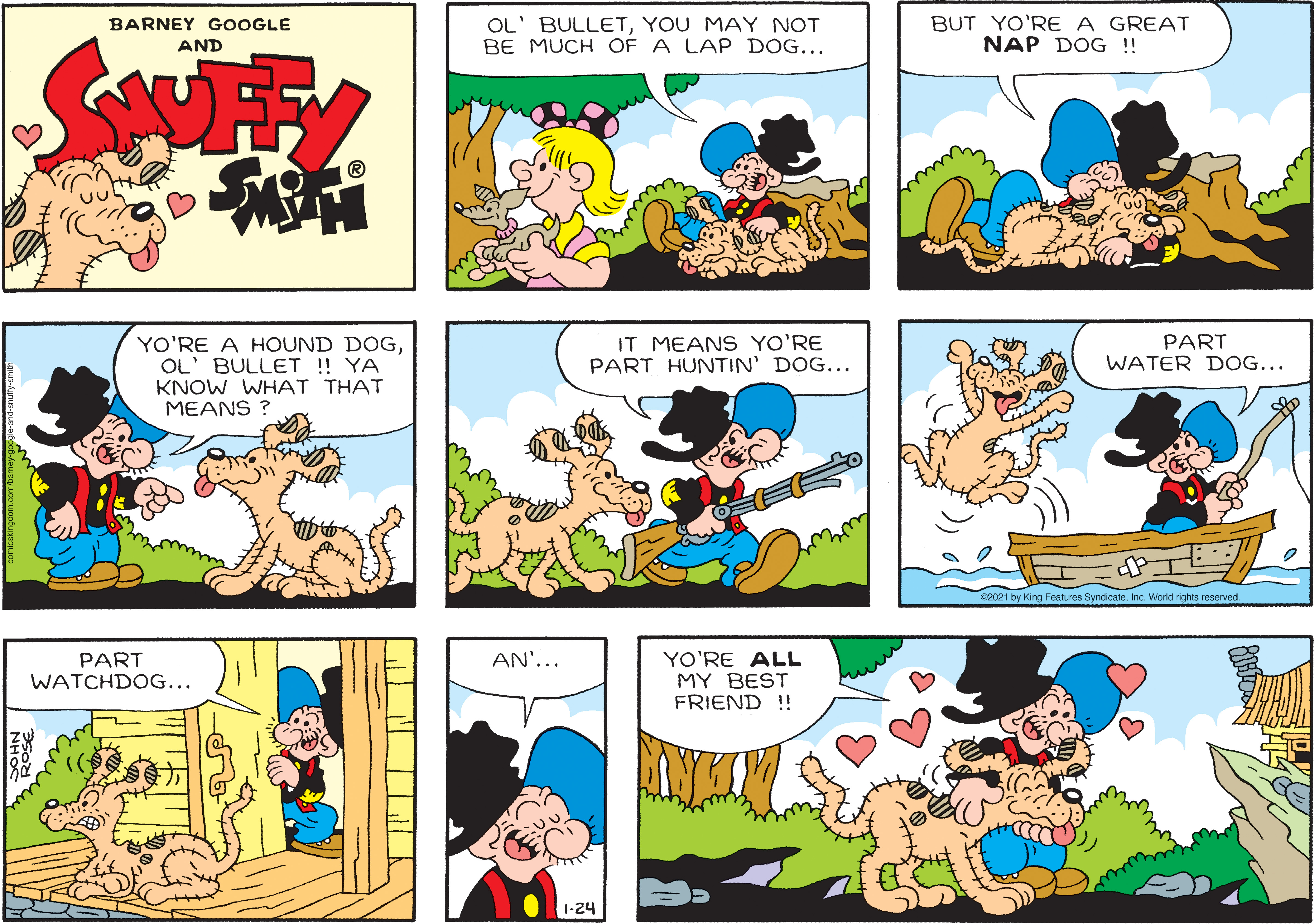 See the press release below.

(Columbus, OH) – The Dog Show: Two Centuries of Canine Cartoons, an exhibition curated by comics historian Brian Walker, features over one hundred different characters documenting the fascination that cartoonists have had with our furry friends. The Dog Show is on view June 19 through October 31, 2021. Admission is free.

Humans and dogs have a special relationship that goes back to our earliest encounters. The enduring graphic legacy of dogs in art can be seen in 8,000-year-old petroglyph murals depicting dogs with leashes helping a hunter who is holding a bow. Dogs continue to take on roles as loyal companions, dedicated workers and talented performers. Today, canines are also celebrated icons of popular literature, art and culture.

This exhibition features cartoon canines beginning with political cartoons from the 19th century and moving through to 21st century stars like Dav Pilkey’s Dog Man and Patrick McDonnell’s Earl. The exhibition includes representation from all major cartoon genres, including comic strips, editorial cartoons, magazine cartoons, comic books, illustration and animation. Over one hundred different characters are featured, including vintage comic strip canines such as Buster Brown’s Tige, Little Orphan Annie’s Sandy, Dagwood and Blondie’s Daisy and Charlie Brown’s Snoopy, as well as modern mutts like everyone’s favorite Great Dane Marmaduke, Odie from Garfield, Otto from Beetle Bailey, Ruff from Dennis the Menace, Farley from For Better or For Worse and Biscuit from Stone Soup. Other cartoon dogs represented include George Booth’s iconic New Yorker dogs, drawings by underground cartoonists Lynda Barry and Shary Flenniken, as well as animated canines from Goofy to Underdog to Scooby-Doo. The Dog Show: Two Centuries of Canine Cartoons promises to be an entertaining and enlightening exhibit for visitors of all ages.

Due to COVID-19, museum hours are limited and subject to change. Reservations are recommended. Please visit cartoons.osu.edu/exhibits for more information.

Announcements about virtual and in-person events related to The Dog Show for summer and fall 2021 will be forthcoming.

I hope many of our readers have an opportunity to see The Dog Show exhibition.  I plan to attend the exhibition at some point during its run and at that time I will post another blog entry with photos from this bodacious event!