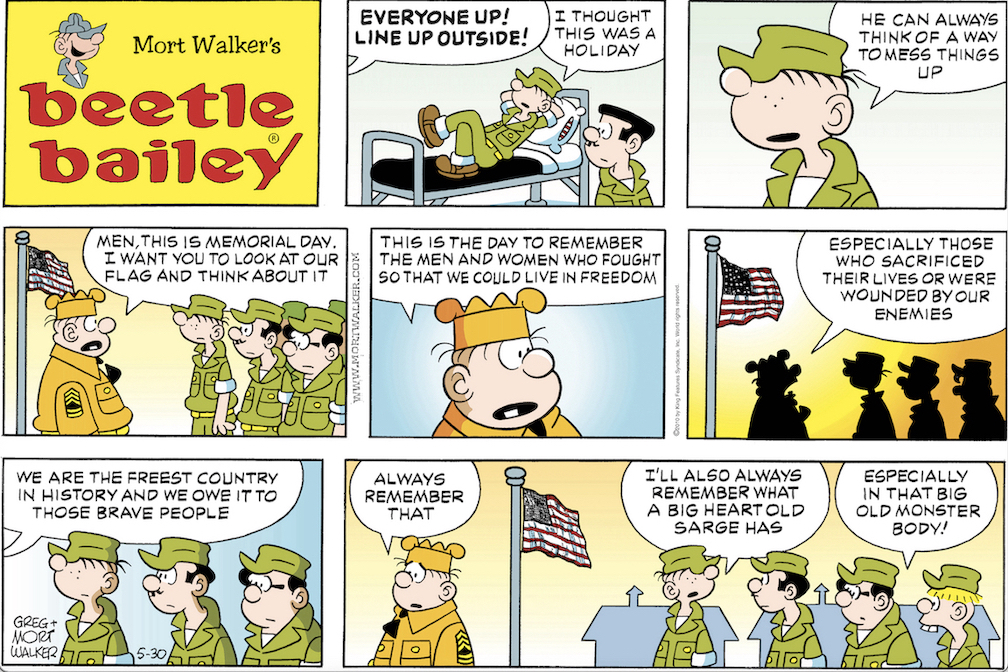 In the Sunday page above, Sarge lectures Beetle, Killer and Plato about the true meaning of Memorial Day.

The men and women who died while serving in the United States Armed Forces are remembered on Memorial Day, which is celebrated every year on the last Monday in May.  The tradition, originally called Decoration Day, began after the Civil War when Union and Confederate soldiers were recognized for their service.  All military veterans, not just the ones who perished, are honored every year on November 11, which is Veterans Day. It is hard to find humor in such a solemn day of remembrance but we feel that it is important to salute our fallen heroes.

This daily strip from 2012 is a grim reminder of those who have perishsed defending our freedoms.

All of us should take time out this weekend to honor the sacrifices of our brave veterans.