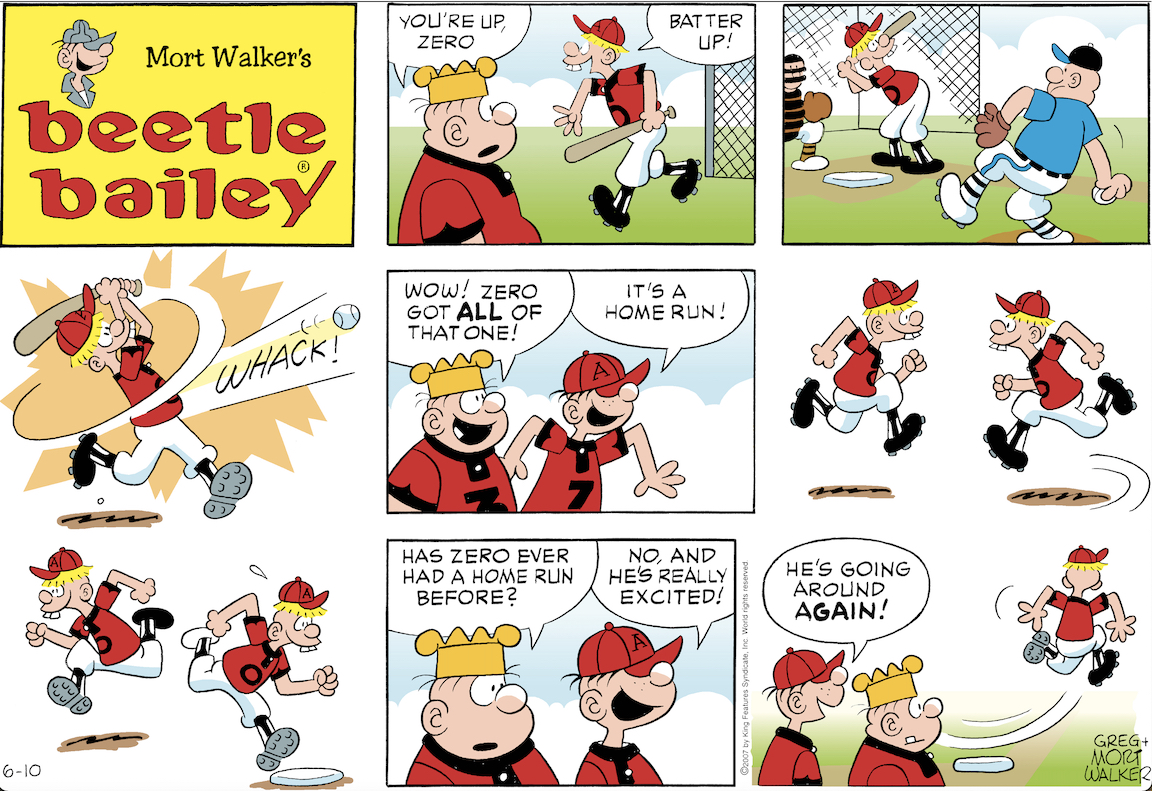 Sports have always been a rich source of humor in Beetle Bailey. General Halftrack is an avid golfer. Sarge likes to bowl. Beetle and Sarge get into some very lively games of ping pong. Team sports like baseball and football have also been spoofed.

In the Sunday page above, Zero hits a home run and keeps running. This is not actually the first home run he ever hit.

We're not supposed to repeat gags, but a very similar Sunday page appeared back in 1965. 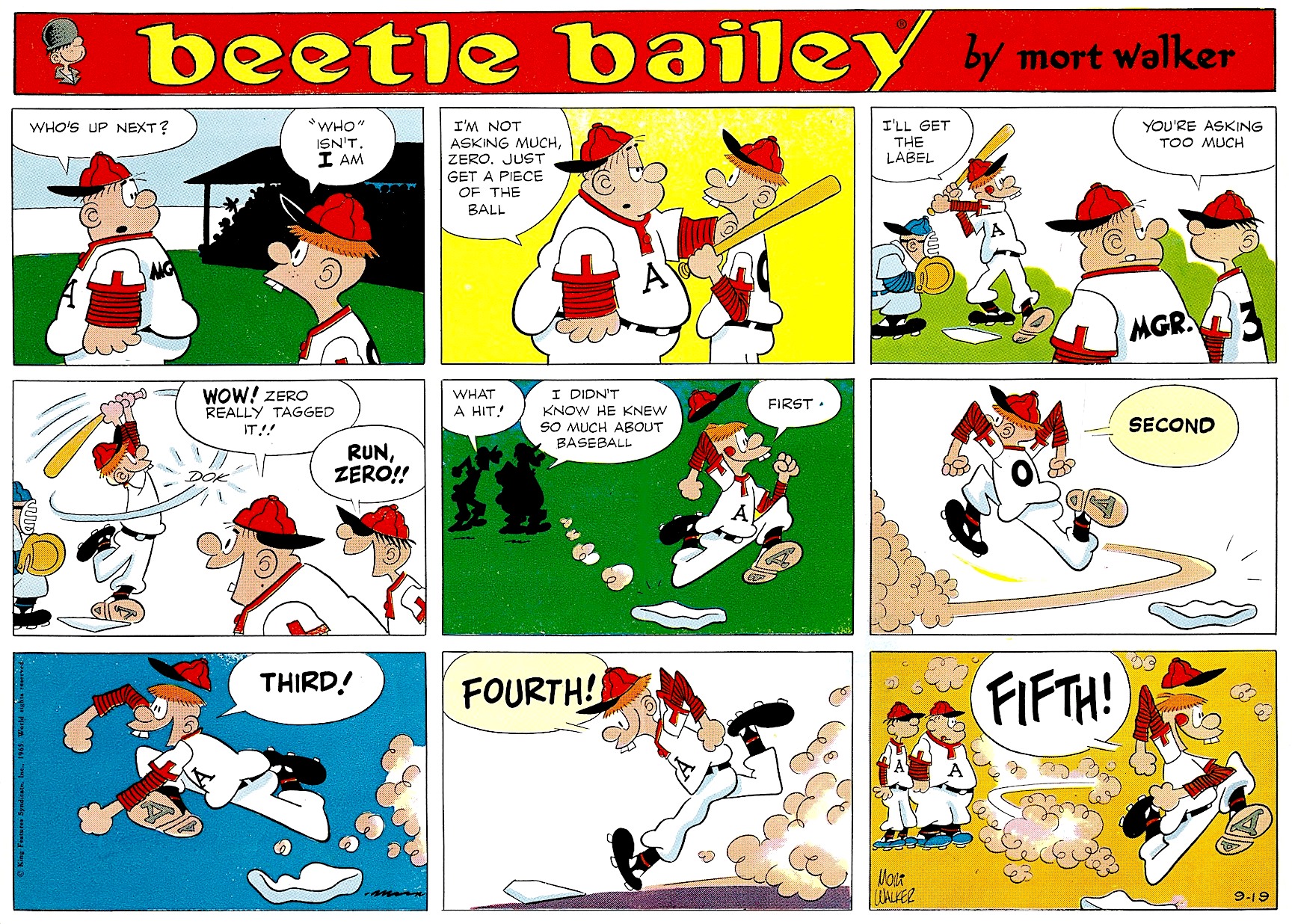 In this classic baseball episode Zero gets a big hit and turns it into a home run. But he doesn’t stop there. His exuberance is clearly visible in the expression on his face and the exaggerated movement of his arms and legs. He puts every ounce of energy he has into his trot around the bases. The final panel leaves the reader wondering where he is headed next. This is an outstanding example of the action scenes that made the strip so popular during the 1960s.

You don't have to be a baseball fan to appreciate this kind of lunacy.