The first retail complex to be promoted as a "mall" was Paramus, New Jersey’s Bergen Mall. The center, which opened with an open-air format in 1957, was enclosed in 1973.

Developers expanded on the concept in the 1980s, with terrazzo tiles, indoor fountains, and multiple levels allowing shoppers to make a circuit of all the stores.

At the time of the Hi and Lois Sunday page above, malls were still being constructed at a rate of 140 a year.

We typically use malls as settings during the Christmas shopping season. Chance Browne spent extra time drawing the scenes below. 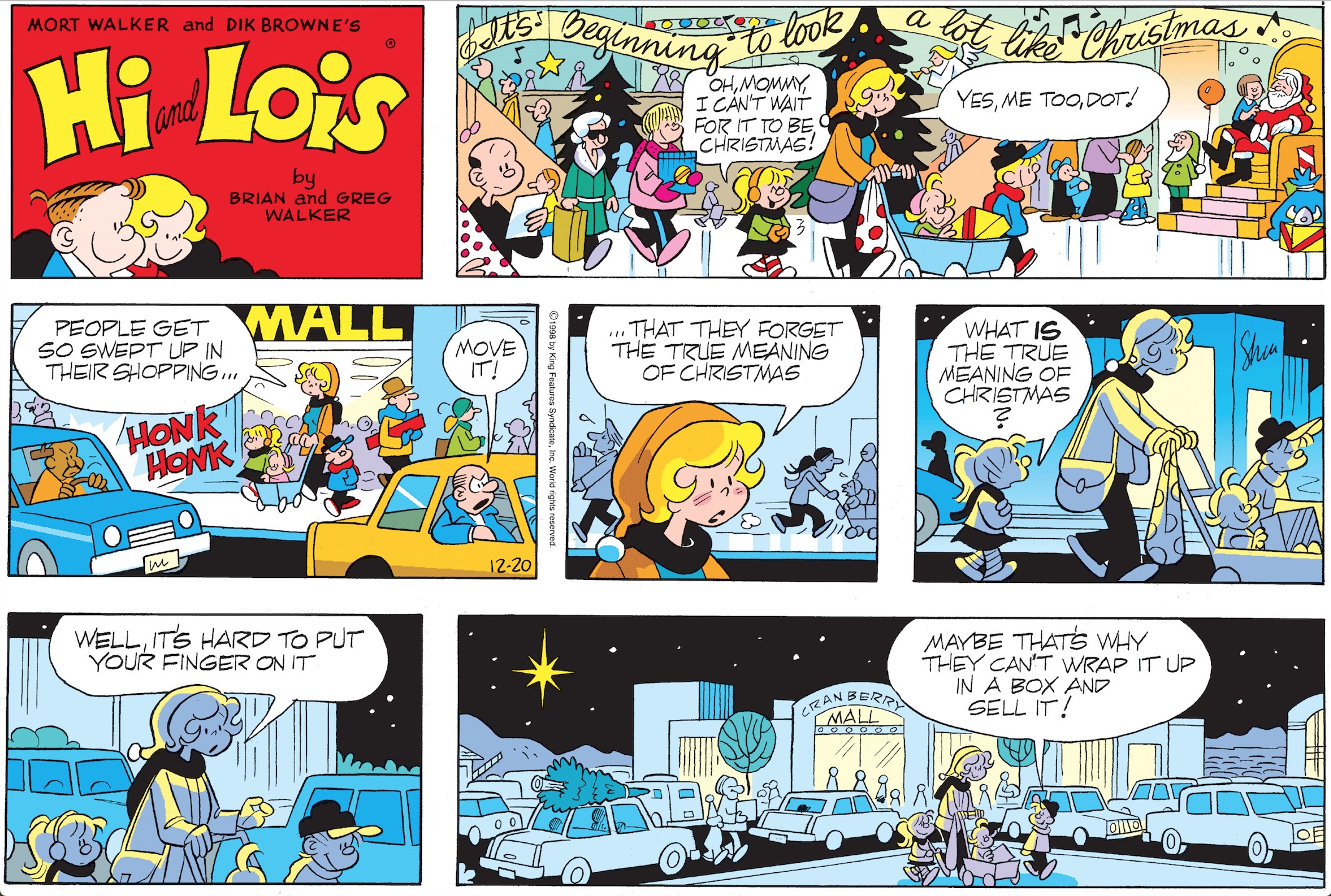 By the 2000s, the fate of malls had changed dramatically. Underperforming and vacant malls, known as "dead malls" have become more common. In 2007, no new malls were built in America, for the first time in 50 years.

Some malls have experimented with other features, adding big-box stores as anchors, opening pop-up stores, real estate and lawyer’s offices, classrooms, art galleries, fitness centers and a variety of community oriented spaces – anything to survive.

The recent episode below, illustrated by Eric Reaves, reflects this trend. 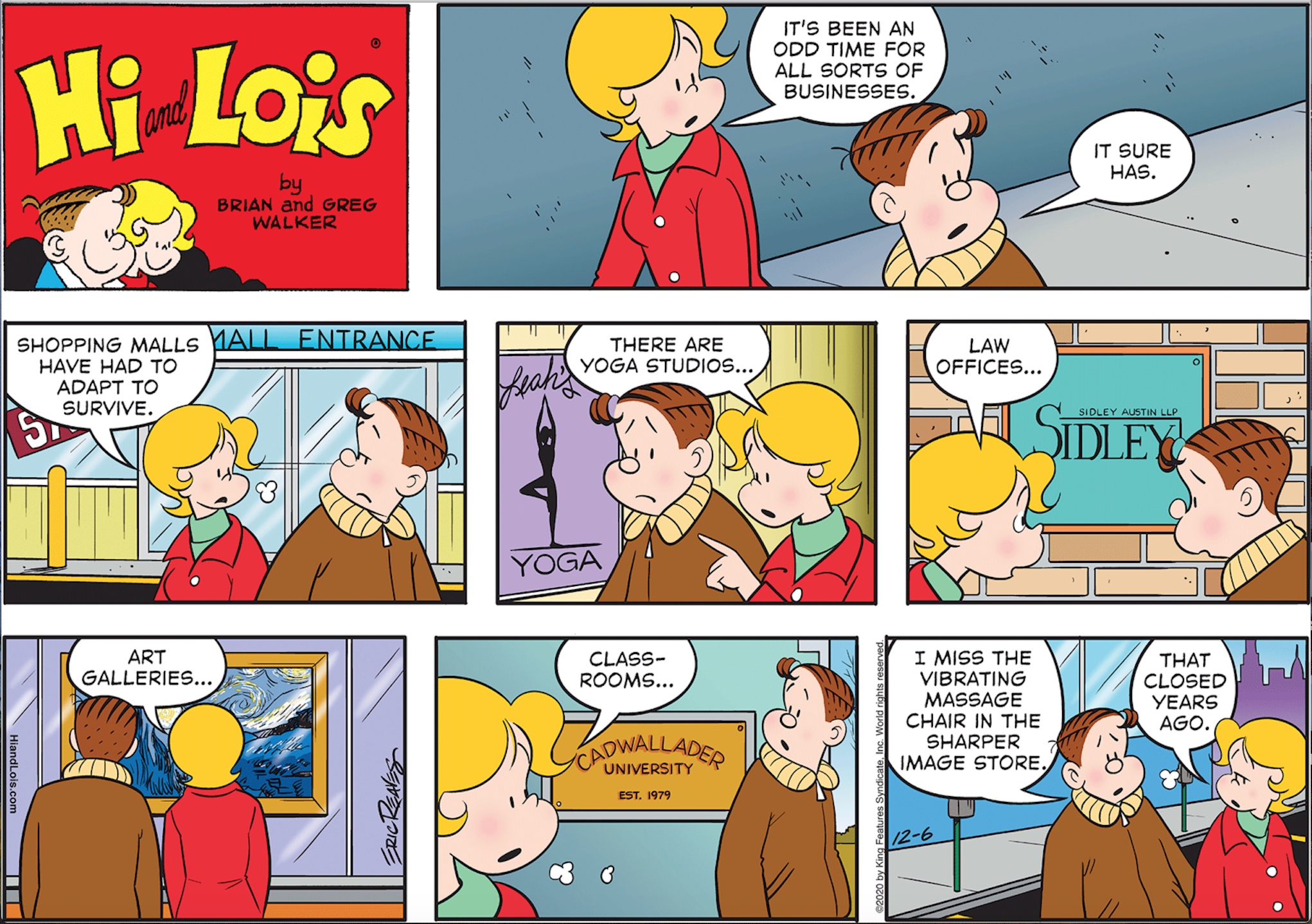 Hi has obviously not been keeping up with the changes in the retail business.