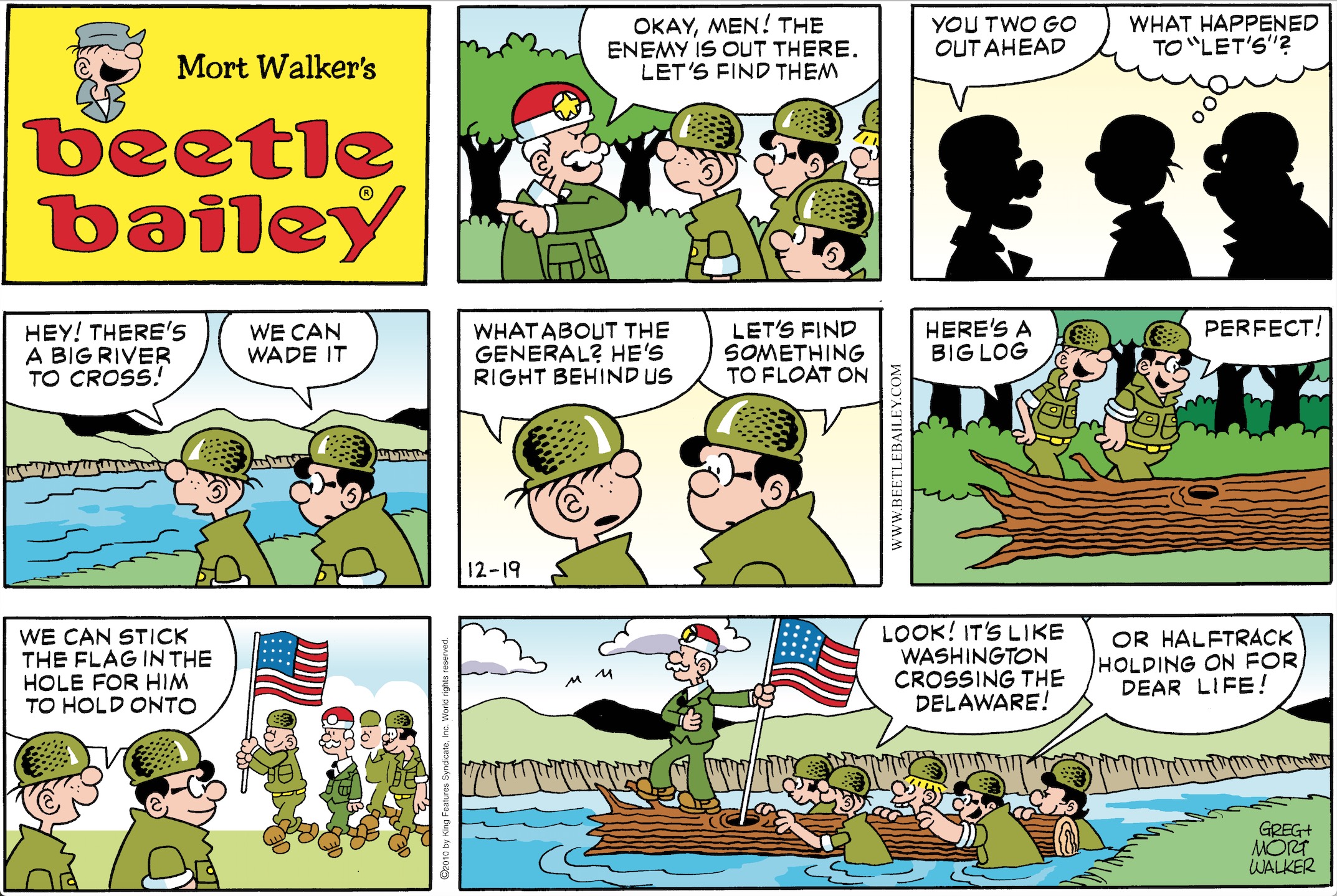 The Sunday page above is a spoof of the famous painting, "Washington Crossing the Delaware" by German-American artist Emanuel Leutze (see below). The 1851 oil-on-canvas depicts George Washington's historic surprise attack with the Continental Army during the Revolutionary War on December 25 and 26, 1776. The original painting was destroyed in Bremen, Germany during a bombing attack in 1942.  Another version, measuring 149 x 255 inches, is on display at the Metropolitan Museum of Art in New York City.

There have been many take-offs on this well-known image. David Folkman did the version below for a National Cartoonists Society Reuben Awards program. Washington and his troops were replaced by the faces of the NCS Board in Folkman's Photoshop composition. 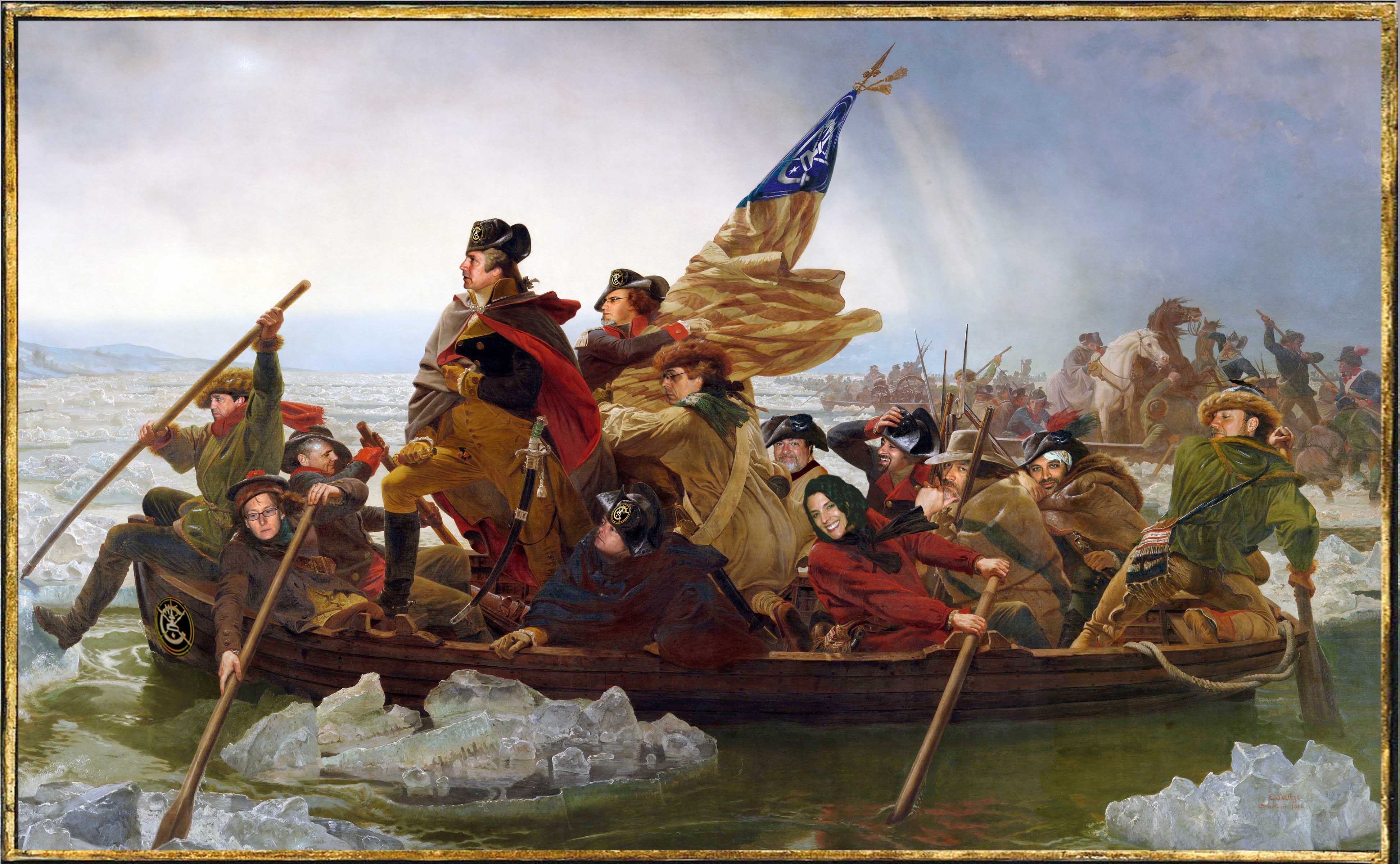 NCS President Tom Richmond took the place of General Washington and the organization's logo can be seen on the flag and front of the boat.

Next week we will feature a special bonus from 2010 in our Timeline series, so be sure to check back.