For most of the history of comics, artwork was produced by cartoonists drawing in pencil on heavy illustration board and completing the final strips with India ink. The result is what is known as an "original." Many of these were discarded after the images were photographed for reproduction.

Some originals survived and are now sought as collector's items and are sold by galleries and auction houses. Although values have increased in recent years, there are still bargains to be had.

The special drawing above was done by Dik Browne in 1963 for a National Cartoonists Society publication. It sold for $149 at Heritage Auction House in in 2005. 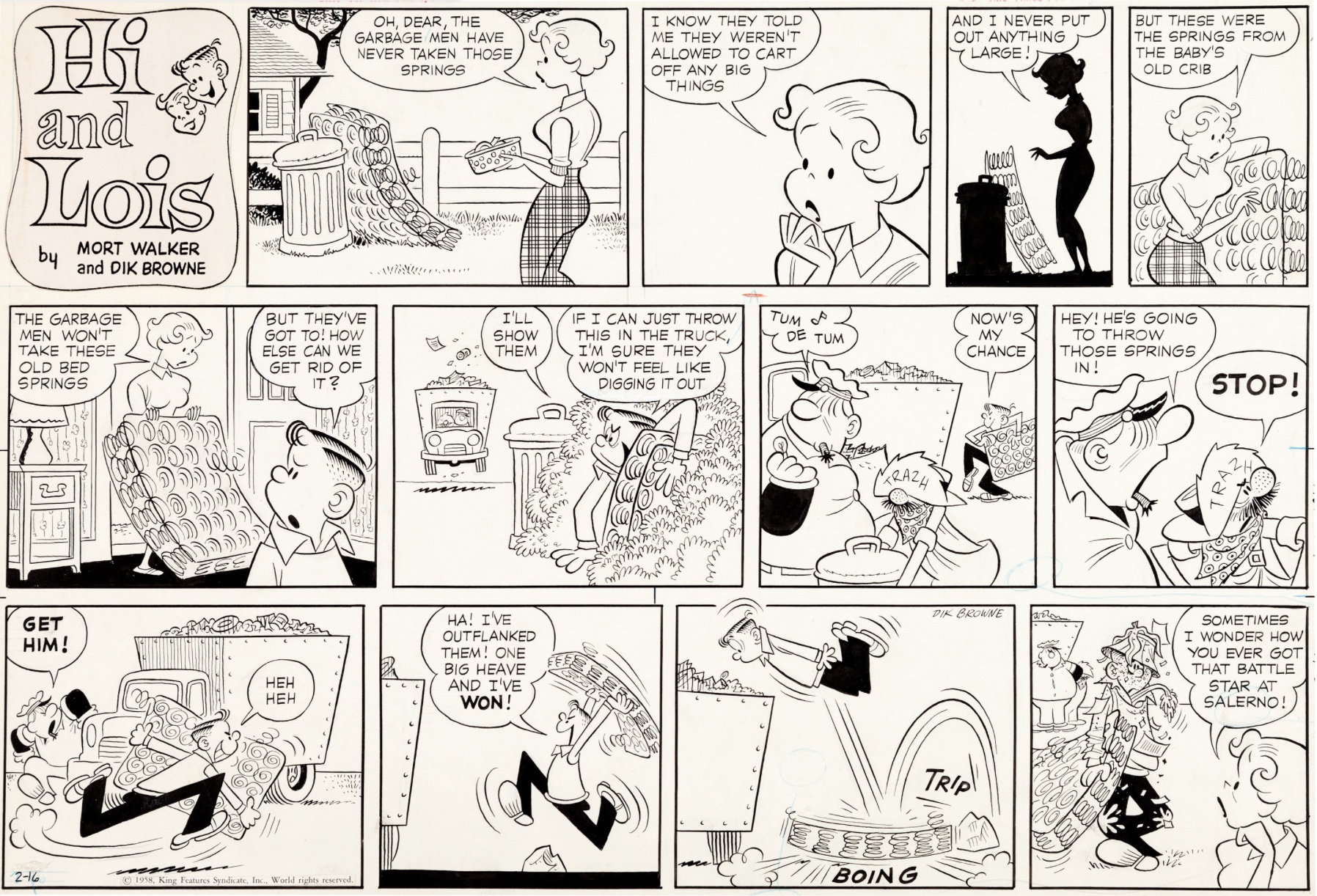 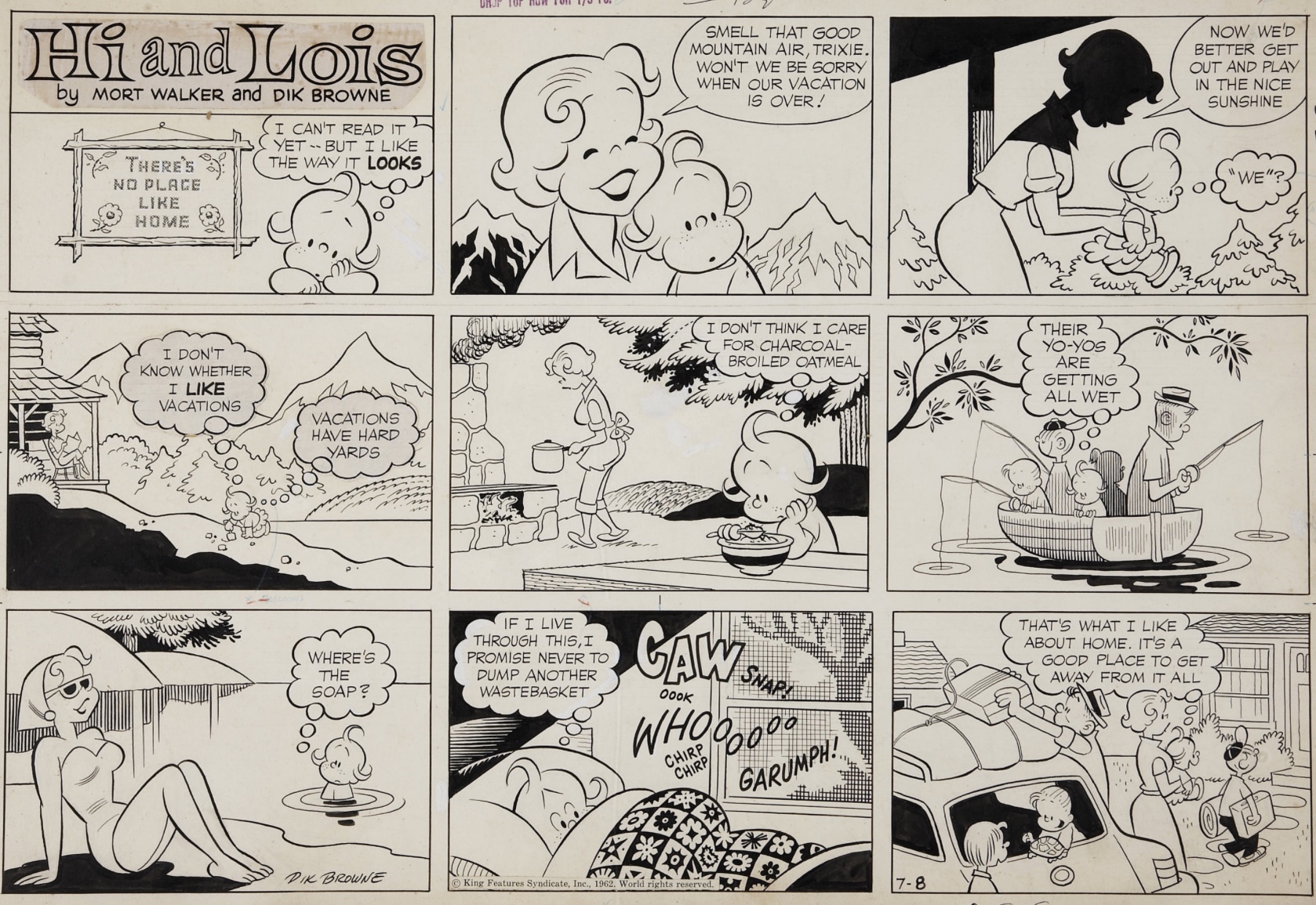 These are relatively modest prices for original comic art. Pieces by masters like Winsor McCay, George Herriman, Hal Foster and Alex Raymond can go for tens of thousands of dollars and can even sell for six figures.

Original comic art can be fun to collect and a good investment.