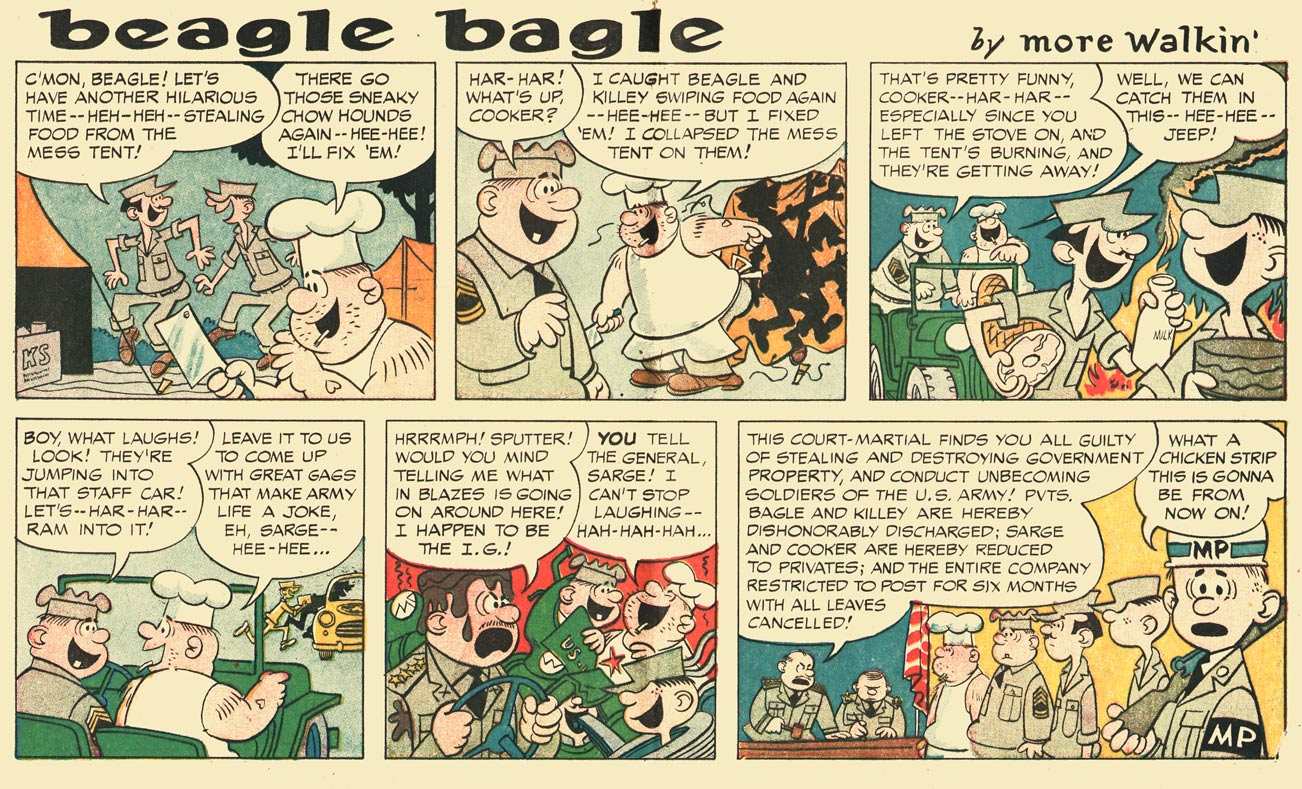 The spoof of Beetle Bailey above appeared in The Fourth Annual Edition of the Worst of MAD in 1961. It was illustrated by long time veteran Bob Clarke. Other take-offs in this 8-page pullout newsprint section were Blondey, Li'l Abneh, Muck Trail, Mary Worthless, Miss Peachy, Prince Violent, Peanutz, Smokey Stogie, Believe It or Don't, The Do-Little King, Pogum, Flush Gordon, The Scramtom, Tarscram and The Krautzarscrammin Kids. In additon to Clarke, Wallace Wood, Joe Orlando and George Woodbridge provided artwork and the coloring was done by Marie Severin.

In the comics business, parody is the highest form of flattery. You have to be a major strip with a large following for the jokes to work.

The following satire appeared in The National Lampoon Sunday Newspaper Parody from 1978. The artist is unknown. 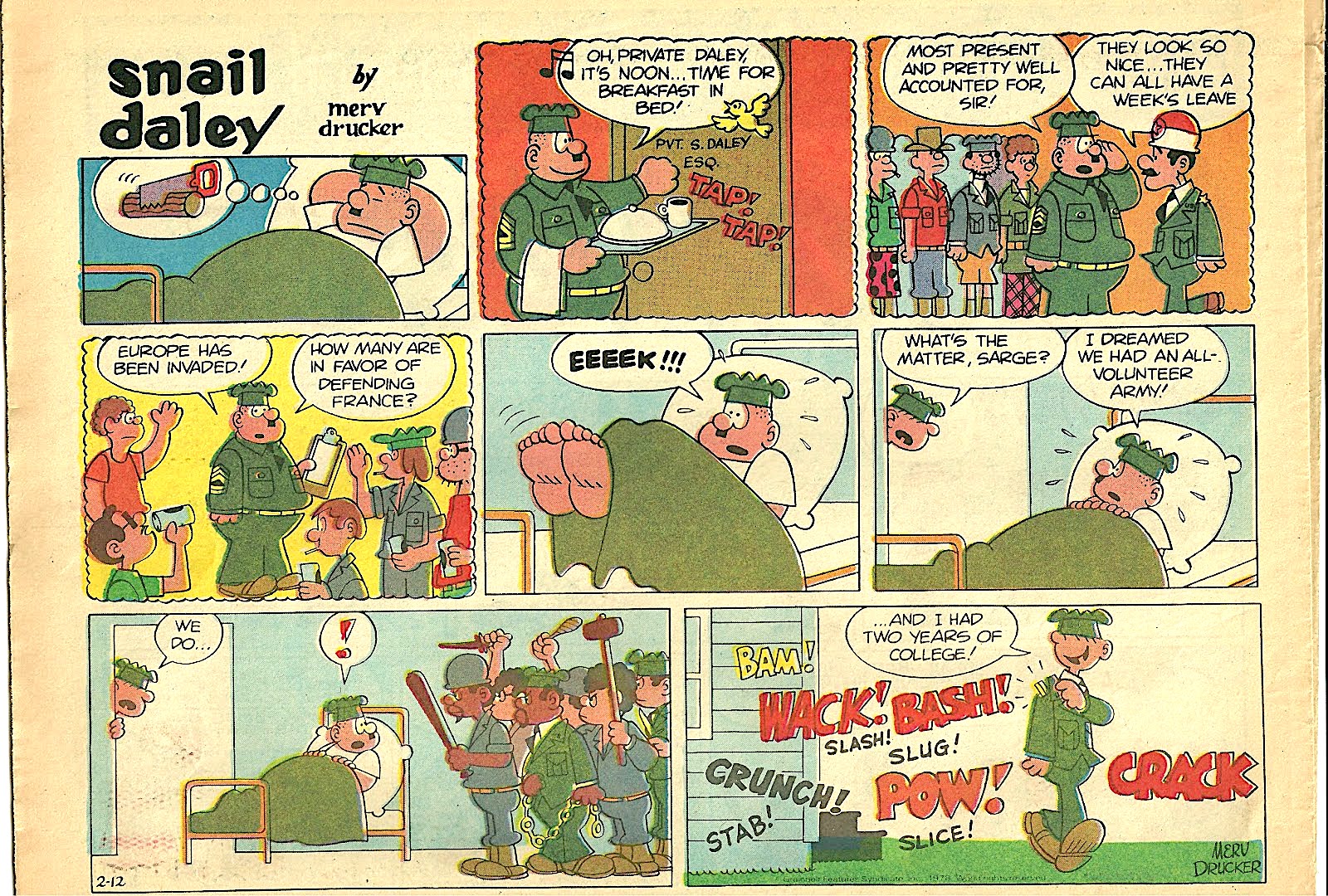 Check back here next week for more cool stuff from our archives.