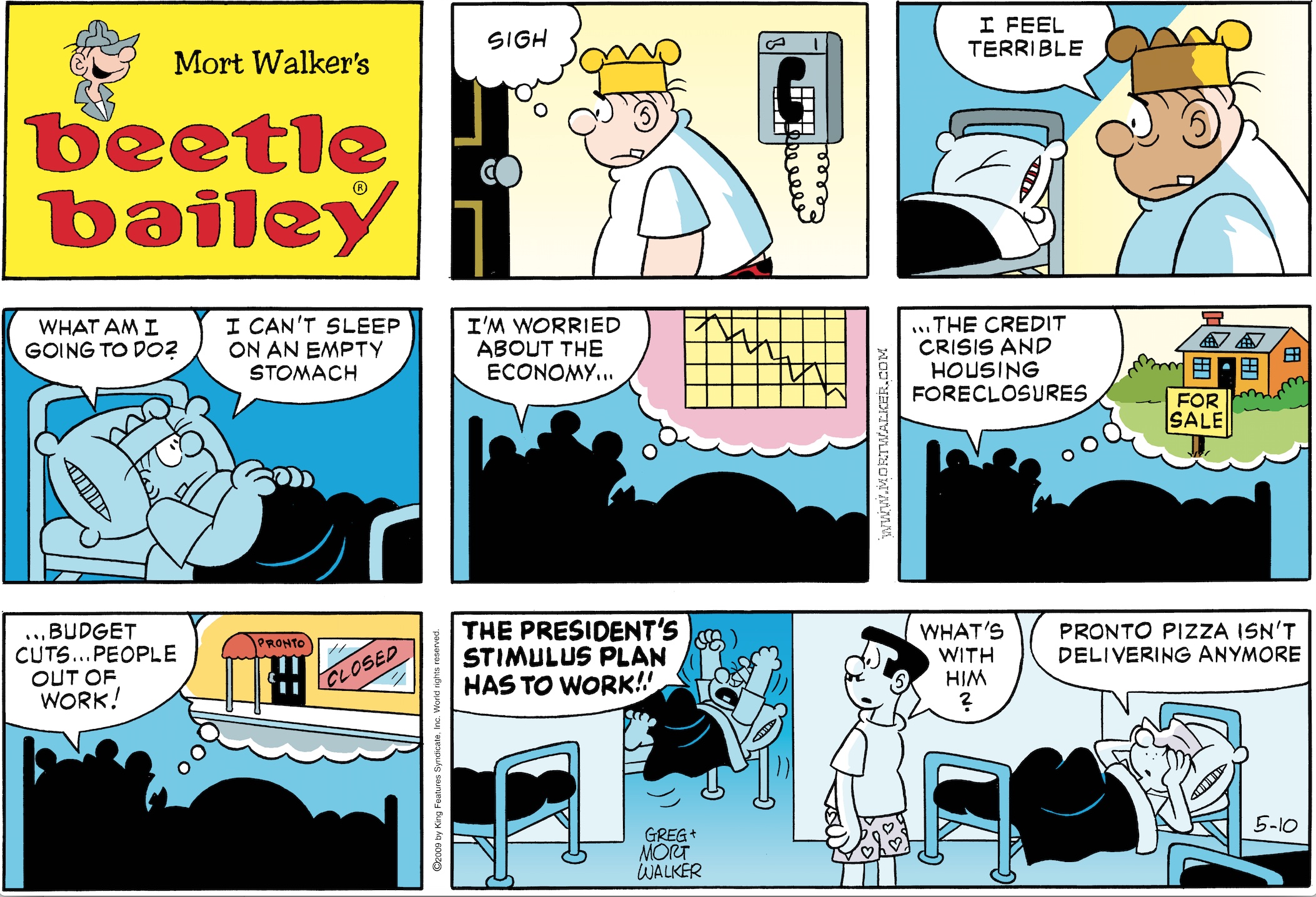 A worldwide economic crisis began with the bankruptcy of Lehman Brothers on September 15, 2008. Excessive risk taking by financial institutions and the collapse of the subprime mortgage market led to the most severe global recession since the Great Depression of the 1930s.

The Economic Stabilization Act was passed by the U.S. Congress on October 3, 2008 to avoid a further collapse and encouraged lending, restored faith in the economy and provided banks with enough funds to allow customers to make withdrawals.

Although Beetle Bailey rarely comments on current events, in the Sunday page above from May 2009 Sarge loses sleep worrying about the economy. It really hits home for him when his favorite pizza place stops making deliveries.

It is often difficult to do timely material in a syndicated comic strip because work has to be submitted four to six weeks before publication. Situations can change dramatically making the subject matter obsolete when it is printed. We were able to do this gag and the ones below because the effects of the recession lasted far beyond the initial meltdown in 2008.

There will be one last installment from 2009 in our Timeline series, so check back here next week.