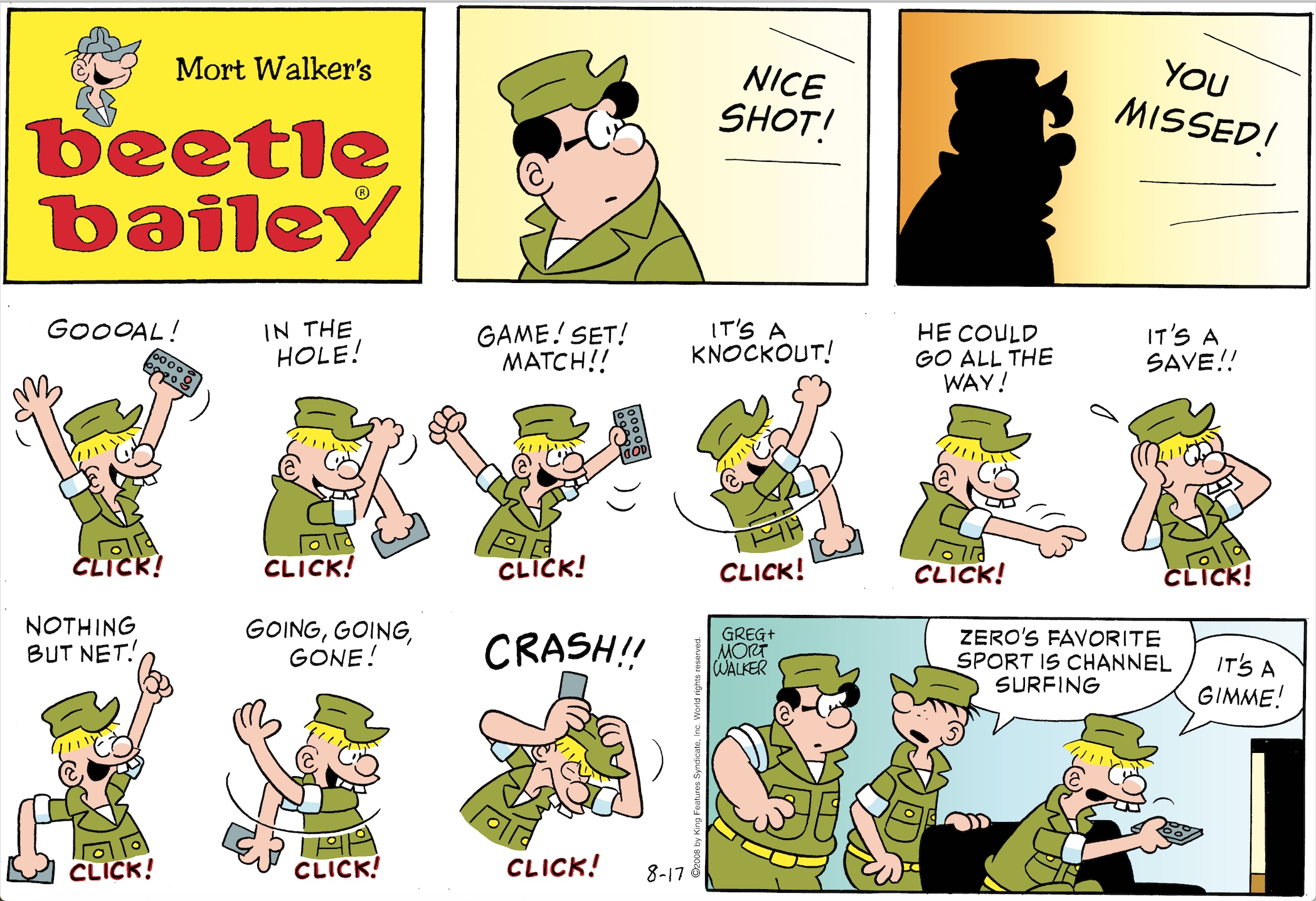 Sports are occasionally the subject of Beetle Bailey strips. My father was an avid golfer, so that popular pastime was most frequently depicted, particluarly in episodes involving General Halftrack.

In the Sunday page above, many sports are referenced, including soccer, golf, tennis, boxing, football, hockey, basketball, baseball and car racing.

Camp Swampy has teams that play both baseball and football. The characters are shown with clothing and equipment for each of these sports, instead of their usual Army uniforms.

Here is a classic episode from 1965 with Zero playing baseball. 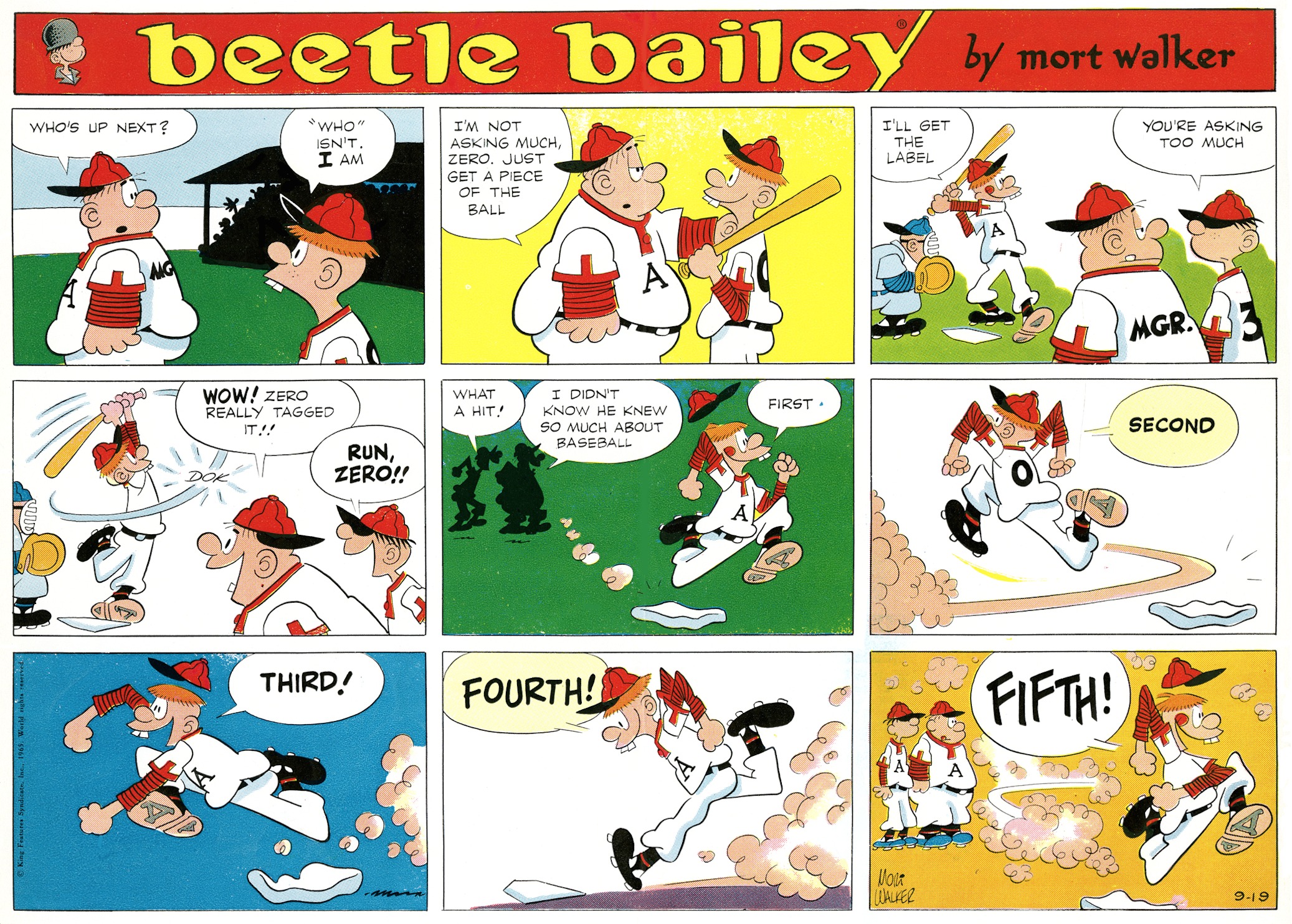 In 2007, we recycled this gag in another Sunday page. 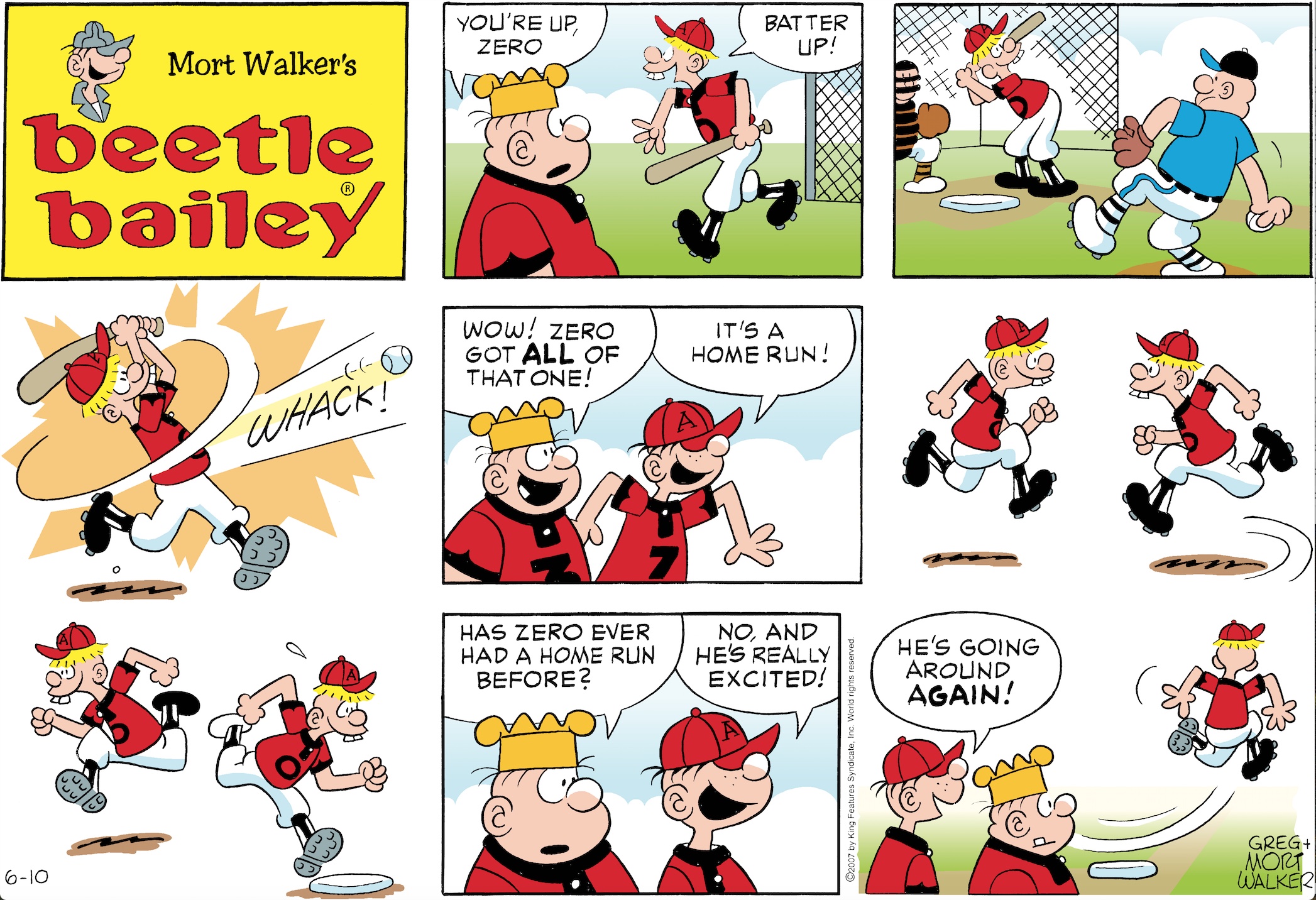 Zero's lack of knowledge of the rules of the game is a good source for humor. He always gives it everything he's got.