With the March 29, 2020 Sunday page, the storyline Peace Offering comes to a close.

For those interested, a little background on this story...

Sometimes to flesh out a character you’re creating you use a model or picture reference for inspiration. For King Vultan’s headstrong daughter Princess Tyree I needed a character who just radiated strength and self-confidence. 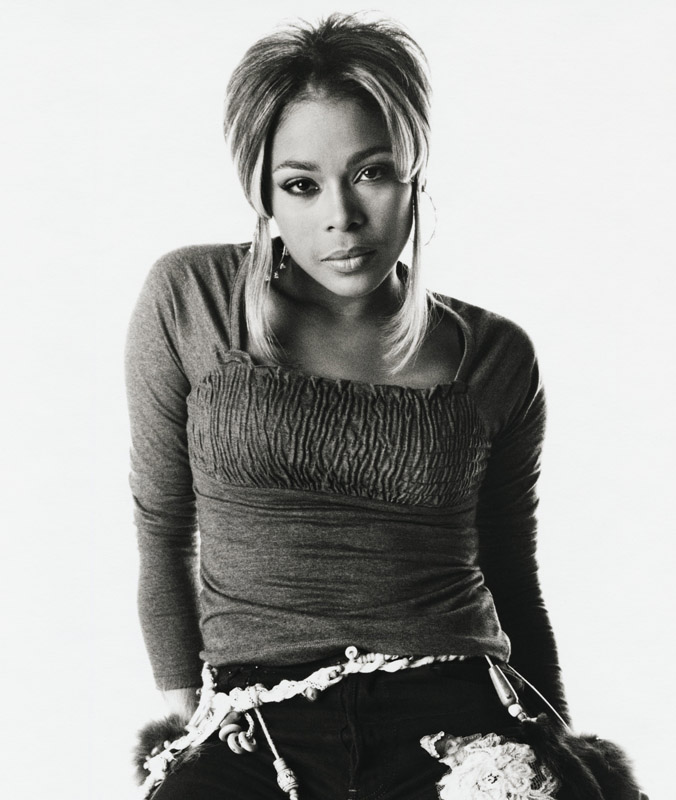 It’s amazing how much easier a character is to write and draw once you have a clear image of them in your head, it ends up changing your story in ways you hadn’t even imagined. What came out of using T-Boz for inspiration was that when Princess Tyree first meets Flash Gordon she’s not all that impressed… 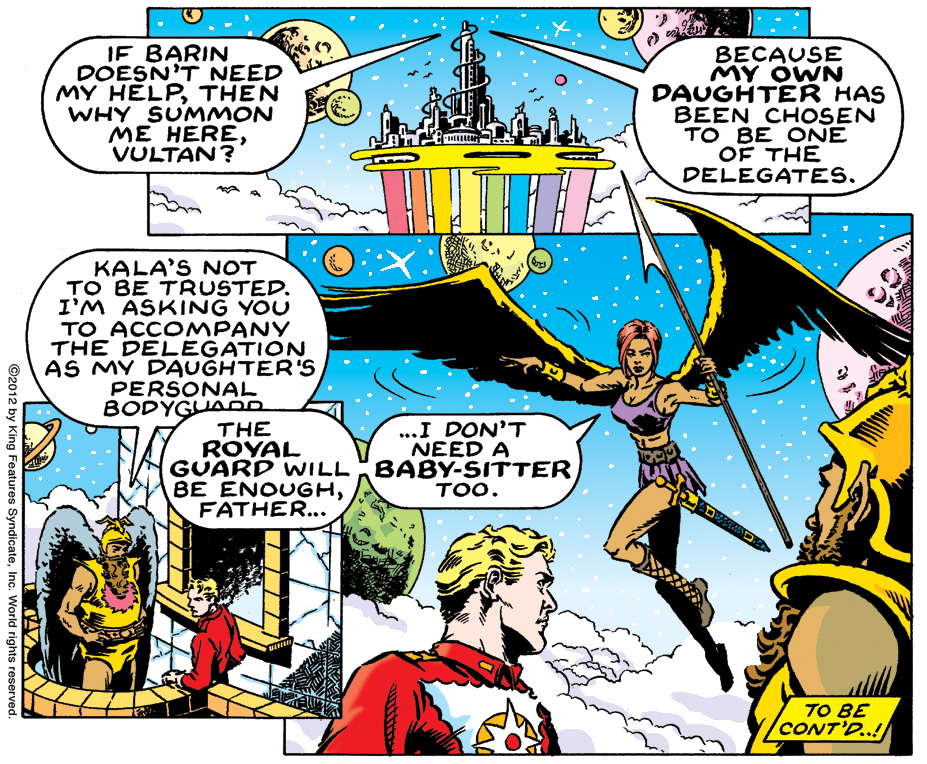 In Writing 101 you learn to avoid cliches. One of the cliches for Flash Gordon stories is that the female characters all swoon over him. In this respect I thought Tyree would be a welcome change.

It’s said that strong characters write themselves, it’s not entirely the case, but it sure gives you more tools in your toolbox to work with. 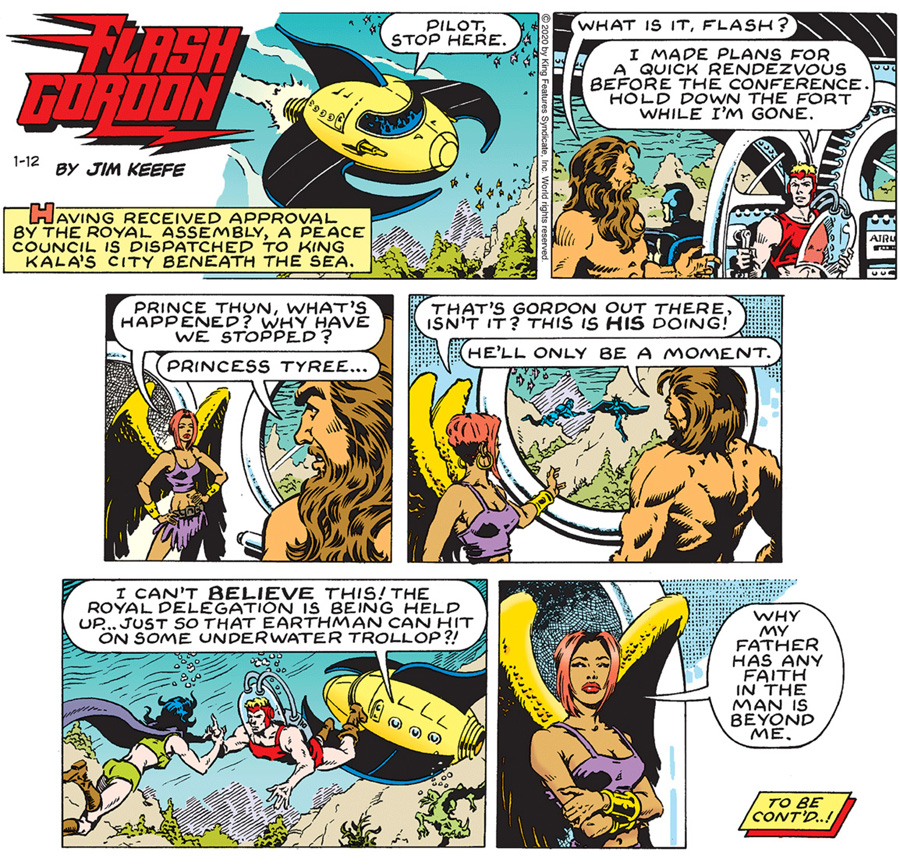 Side note: The toolbox analogy is from Stephen King. For more on the craft of writing I recommend Stephen King’s On Writing. One of the best books out there on the subject as far as I’m concerned.

But back to more important matters...

With King Kala defeated, what has become of Ming the Merciless?

Was their an ulterior motive for Ming to side with Kala?

And what has become of Dale Aren now that she's back on Earth and has joined forces with Secret Agent X-9?

Flash may have won the battle, but there's a much bigger war on the horizon - so STAY TUNED!