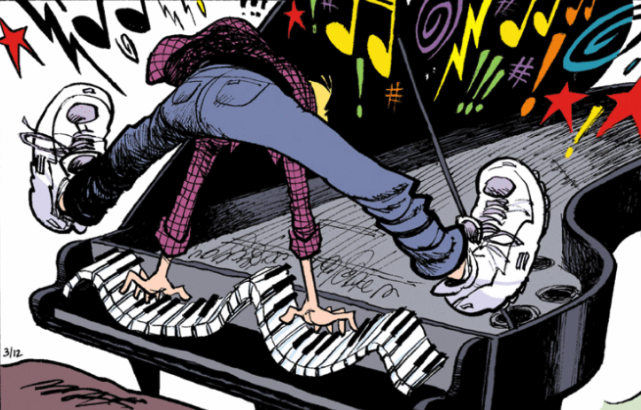 It's time to make Mozart proud with our Top Ten Comics on Pianos! Let's see if our characters can keep up as good musicians. We make no promises, but hopefully by the end of this list you'll be able to play piano like this.

Cats have a unique talent for music.

In case you needed a new alarm.

Before Hilary played guitar and started up her own band, she had a very brief stint with the piano that didn't quite work out. 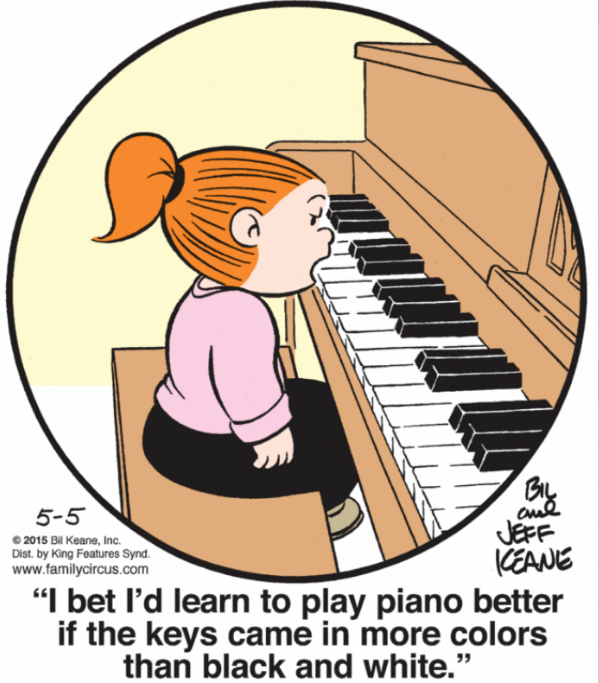 I think those are called toys.

Some of the biggest rock bands in the world have pianos, such as Queen and Lynyrd Skynyrd.

Pianos have a secondary useful purpose.

What's wrong with a man taking his piano to a restaurant?

There are two different kinds of pianos.