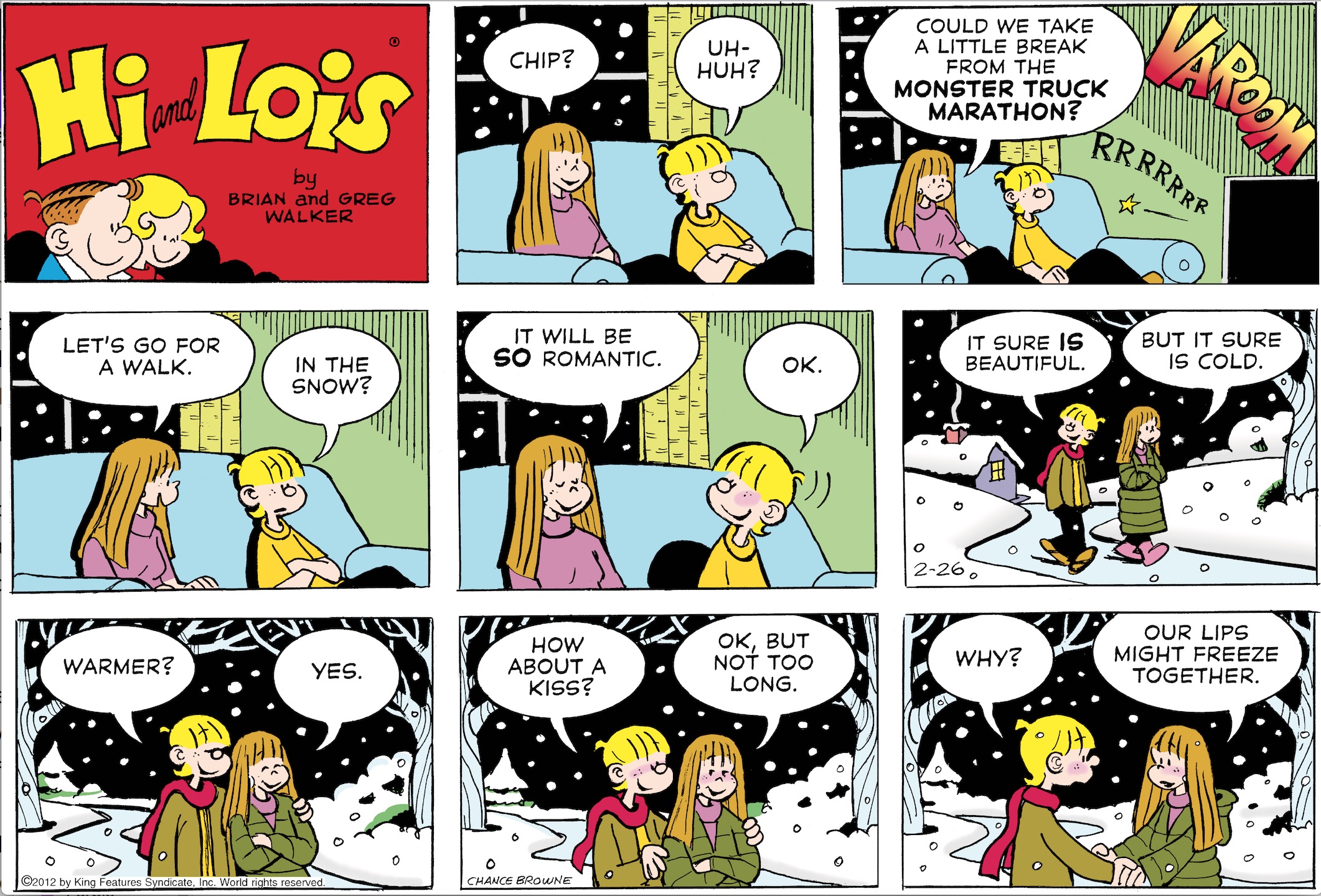 The Sunday page above features a romantic winter walk with Chip and his girlfriend.

Chip Flagston was about eight years old when Hi and Lois started in 1954.  He is the only character in the cast who has aged slightly over the years.

As he matured, his adolescent libido became a rich source of gags. Although he knew about them from the beginning, Chip really discovered the opposite sex in the 1960s.  He graduated from women-hater clubs and hiding in trees from schoolgirls to carrying their books and spending hours on the phone with his class sweetheart.  He has to go through this difficult age alone, convinced that his parents don’t understand anything about true romance.  After all, what do Moms and Dads know about the problems of teenage girls and boys?

In this classic strip from 1965, Hi and Lois notice the change.

In the episode below, Chip seems to think that the rest of the family is unaware of his obsession with girls. He is not doing a very good job of keeping his secret. 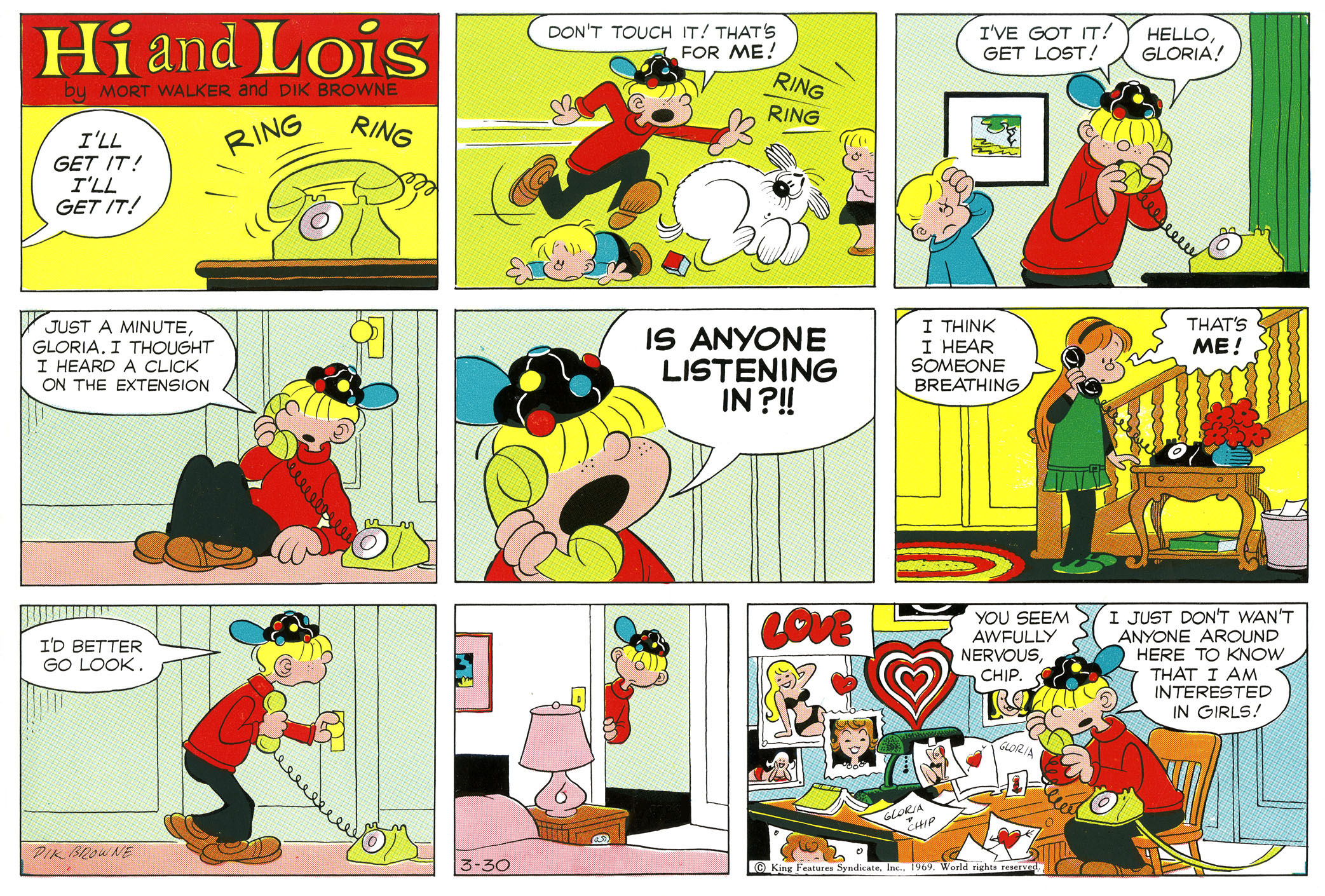 Readers who remember the awakening years of adolescence have a chance to relive their experiences by following Chip’s romantic exploits. It’s a lot less painful from a distance.