Sylvan Byck, the former comics editor of King Features Syndicate, once told Mort Walker, “Have your character get hit over the head at least once a week.” Mort never forgot those words of wisdom.

The episode above is typical of the abuse Sarge subjects Beetle to on a regular basis. The image of Beetle lying twisted on the ground is a recurring motif in the strip. Readers know that he never gets permanently injured and will always bounce back for another day of punishment.

In a 1984 interview, Mort explained, “People are understandably concerned about the violence that children are exposed to. Certain individuals may absorb or imitate things they see. Others may enjoy a catharsis of pent-up emotions. It’s an interesting debate.”

In his 1980 book, The Lexicon of Comicana, Mort coined the term "mayhemia" to denote cartoon violence. Here are two pages from that book. 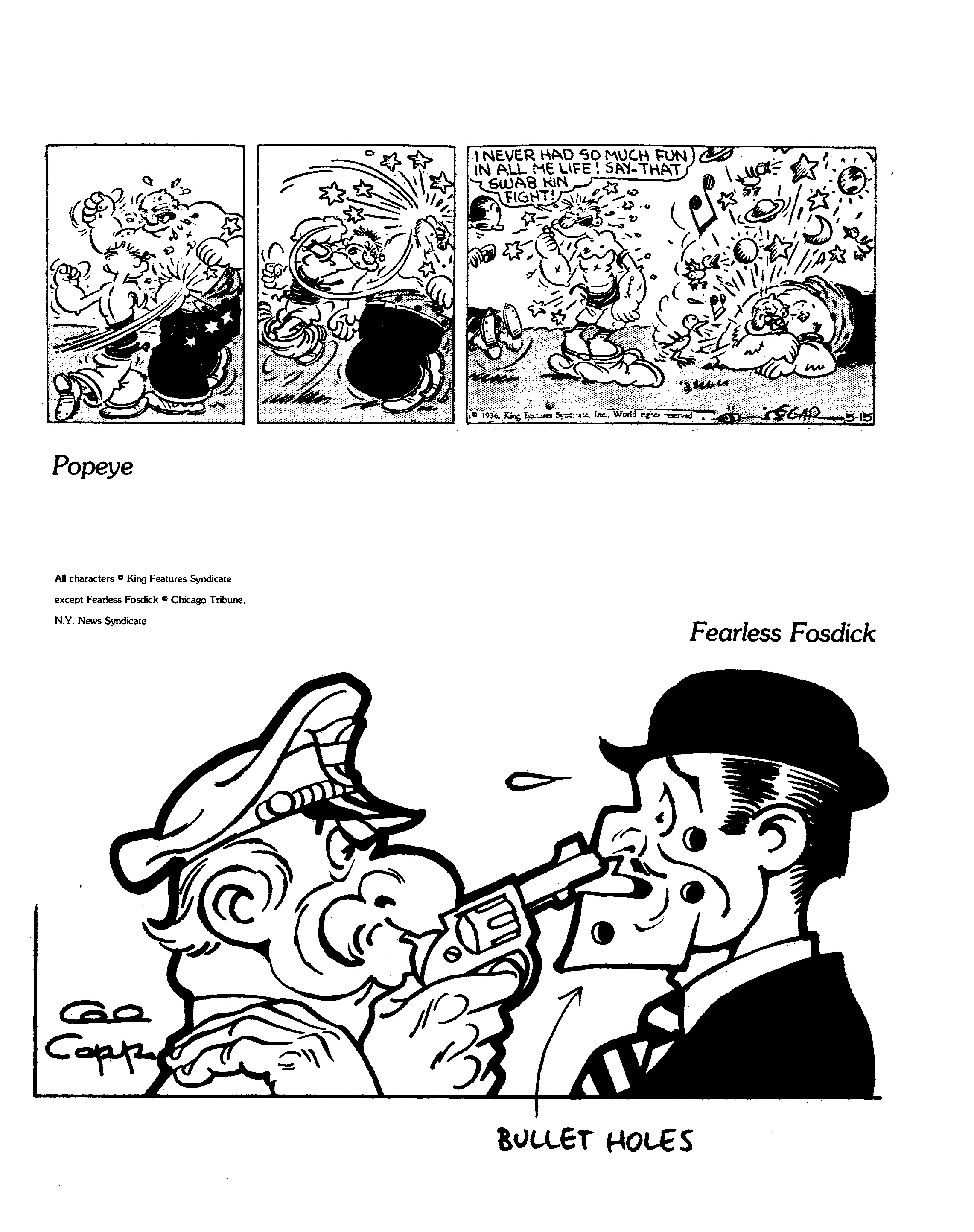 In a Sunday page from later in 2011, Sarge tried to restrain himself. Captain Scabbard had given him orders to stop beating Beetle up. Sarge still had to go through the motions.

“The last thing I want to do is contribute to our already over-violent world,” Mort concluded in his 1984 interview. “But I refuse to believe that cartoon violence will lead anyone to similar behavior any more than Bugs Bunny makes people eat carrots.” So, Sarge continues to beat Beetle up and, hopefully, readers laugh, understanding that funny pictures aren’t going to hurt anyone.