We have to talk about Mark Trail's stubble now.

My new Mark Trail strips have been running for just under a week and readers sure had a reaction and a half to Mark's rugged new look.

I mean...I kinda saw the backlash coming. I even scripted this cute joke about it (even funnier since I didn't change anything about Bill Ellis' look). I just didn't think the reaction would be as intense as it has been. In the first few days, hundreds of comments (and even a few emails) have poured in regarding everyone's reaction to the character design change. It's been wild. I had no idea that the mere presence of facial hair was going to set everyone off like this.

Good. I made you feel something. Again.

I thought I'd discuss my design choices and shine a light on the past, the present, and why some of you got sold some bad Kool-aid.

When the editors at King Features approached me about Mark Trail, I got so excited I whipped up a quick sketch of how I'd redesign Mark Trail. I told the editorial I wanted to hit that Mad Men Jon Hamm vibe. Make Mark appealing. Really appealing. Everybody likes Jon Hamm and he reads as "Classic Dad" to Mark's target audience. So I came up with something that was Mark Trail with more modern sensibilities. 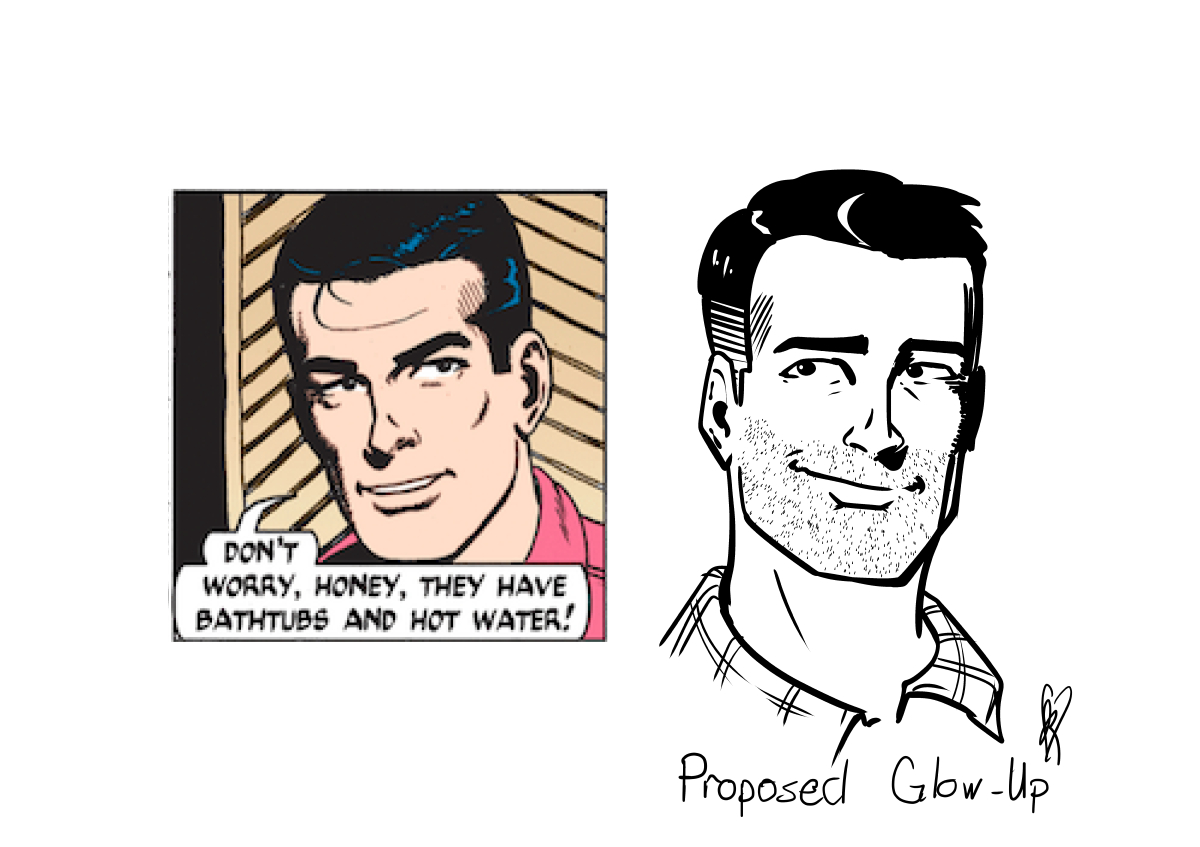 In the comp sketch, I decided to give Mark stubble because it reads as "mountain man" moreso than a clean face. Also that's what Jon Hamm's face actually looks like?

If this man shaved any closer, he would not have skin.

So, yes, I'm slavish to the model when it comes to character design.  I want people to get the reference. It's like dressing up for Halloween (or cosplay). You want people to recognize the character. That means hitting details. Nature Daddy Don Draper minus a five o' clock shadow? What is even the point?

Millennials have a way different relationship to our facial hair than generations past. For Millennial Men and Women facial hair isn't something to be shorn, but shown. Growing out our mustaches and beards has become a subculture within our generation. Facial hair, grooming and self-acceptance are on the rise now more than ever. Facial hair styling has become a matter of identity and self expression. 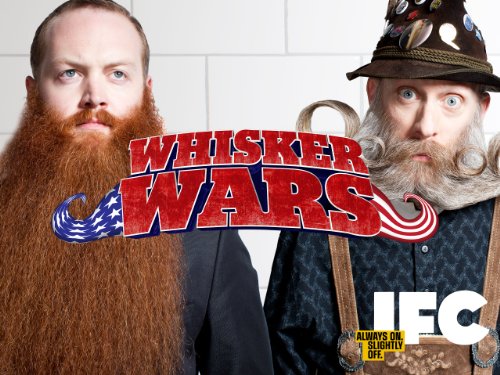 Milennials are even killing the razor industry with our trendy beards! Bearding competitions have been a thing for almost a decade. Has the world gone mad?? 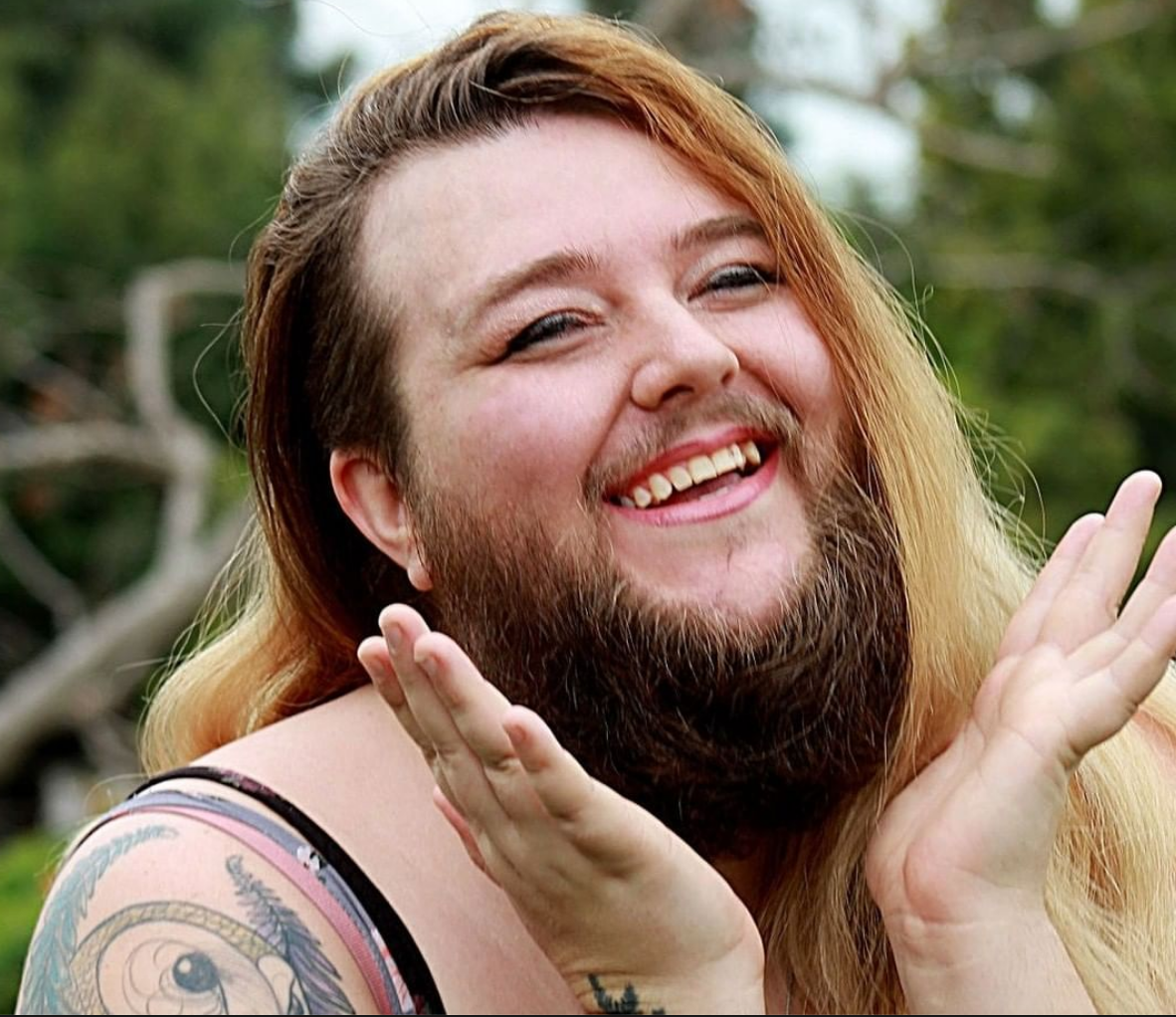 Even Millennial women get down with the beardness. Here's voice actress and singer Ashe Wagner, voice acting for the upcoming Lackadaisy Animated Short Film. Her advocacy and warm, open discussion about her beard and her life make her an inspiration. (No, really, you gotta go watch her sing "Your Own Personal Jesus" - it's amazing).

Our values changed. All this shifting towards bearding and facial hair happened because Millennials learned to be more self-accepting (and frankly more frugal) and have changed our minds on who to trust on sight alone. Bearded people are seen as authoritative and mature, and given that we're a whole generation of people who got screwed out of jobs with any real authority or income, we build our respectability on our faces. Also, razors are expensive.

When I had first signed on to do Mark Trail, a few of my colleagues had joked that in the past, some of previous the artists had drawn villains as having stubble and Mark with a clean shaven face. Now, it's a personal policy of mine not to put any of the previous artists on blast. I will not link the previous artwork here. Those artists did their thing. They made their choices with the values that made sense to them at the time. But I've seen past artwork that shows this. Swarthy men, often men of color, with facial hair as a marker of villainy. It's a very uncomfortable experience that I choose not to continue moving forward.

Some things in Mark Trail's history deserve to move on totally untouched. You'll noticed Bill Ellis' design is relatively untouched. (In fact, I thought it would be hilarious to change everyone's designs except Bill's). However, that's not the case with everything. If you're a gardener, you know sometimes you have to prune something to save it, and that's what I'm doing here. Pruning out things that no longer serve the comic strip going forward. Mark Trail had some root rot. I'm just pruning out what's dead.

Baby faced people are just as capable of villainy as their hairy counterparts. Going forward, Mark Trail will not judge anyone based on what's growing on their face. He cannot. Hair is natural and he loves nature. Therefore Mark loves being natural.

That's why in my Mark Trail thirst trap art I made him hairy all over. Because natural is hot.

No, I can't show you that here. 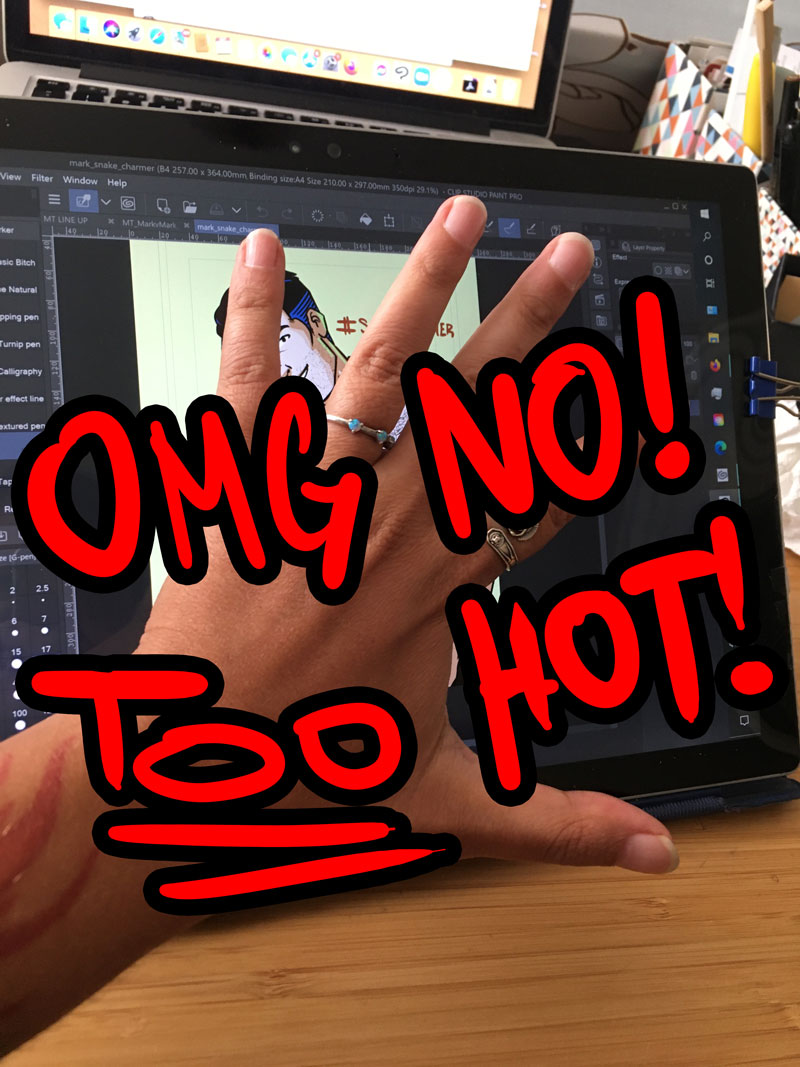 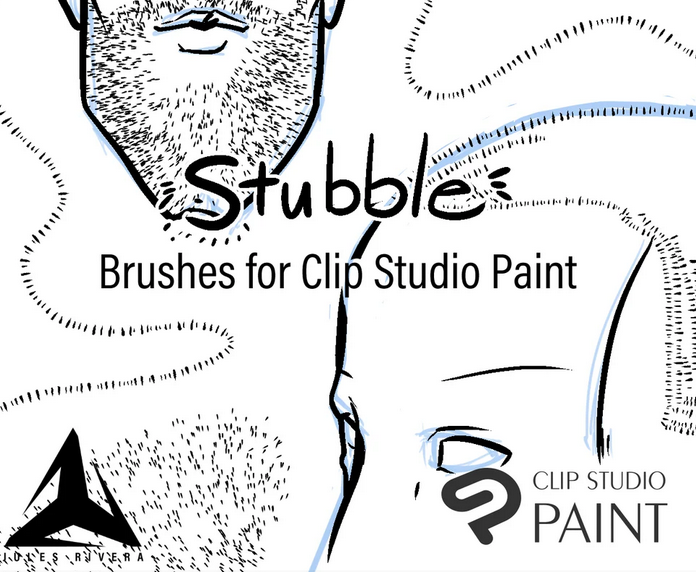 If you're a fan of the software, Clip Studio Paint, I actually sell the same Stubble Brush I use on Mark Trail on my Gumroad store. (I should have one out for PS soon). It's only $1 a download and can be a huge time saver.