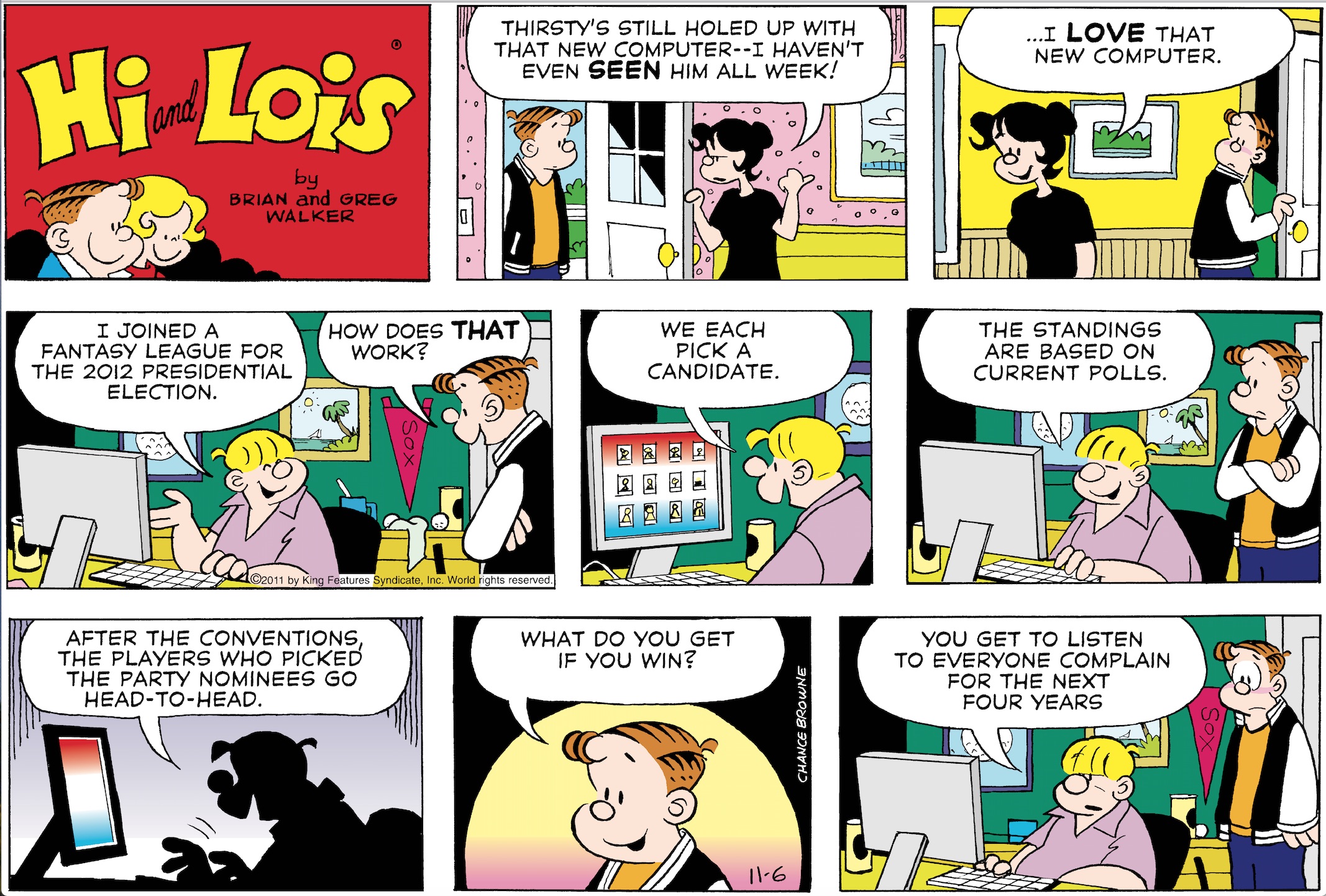 We don’t do a lot of political commentary in Hi and Lois.  Readers expect our strip to provide an escape from the news of the day. They also have different party affiliations and we have to be careful not to offend anyone.

The Sunday page above was inspired by own my experiences participating in fantasy baseball and football leagues and is relatively neutral politically.

Although many of the themes in Hi and Lois are timeless, the strip has, over the years, also reflected the changing times. “Everything that goes on we make fun of,” Mort Walker once explained. “From the space race to coonskin caps, TV dinners and the Cold War, there isn’t anything that isn’t grist for the gag mill. Although social comment is not entirely new to the comics page, the way that reality is incorporated into the daily life of the Hi and Lois characters could be considered unique.”

Below is a strip from 1964 that comments on the current events of that era.

Every year Americans go to the polls to vote for the candidates of their choice.  The adult characters in Hi and Lois also have to decide how to cast their ballots. In a syndicated comic strip, it can be risky to endorse a specific candidate or advocate a particular cause.  A large number of readers who disagree with that point of view might be alienated, so comic strip creators try not to take sides. There is still humor to be found in voting.

Here is a strip from 2000 that has Hi and Thirsty weighing their options.

We urge everyone to VOTE in the upcoming election.