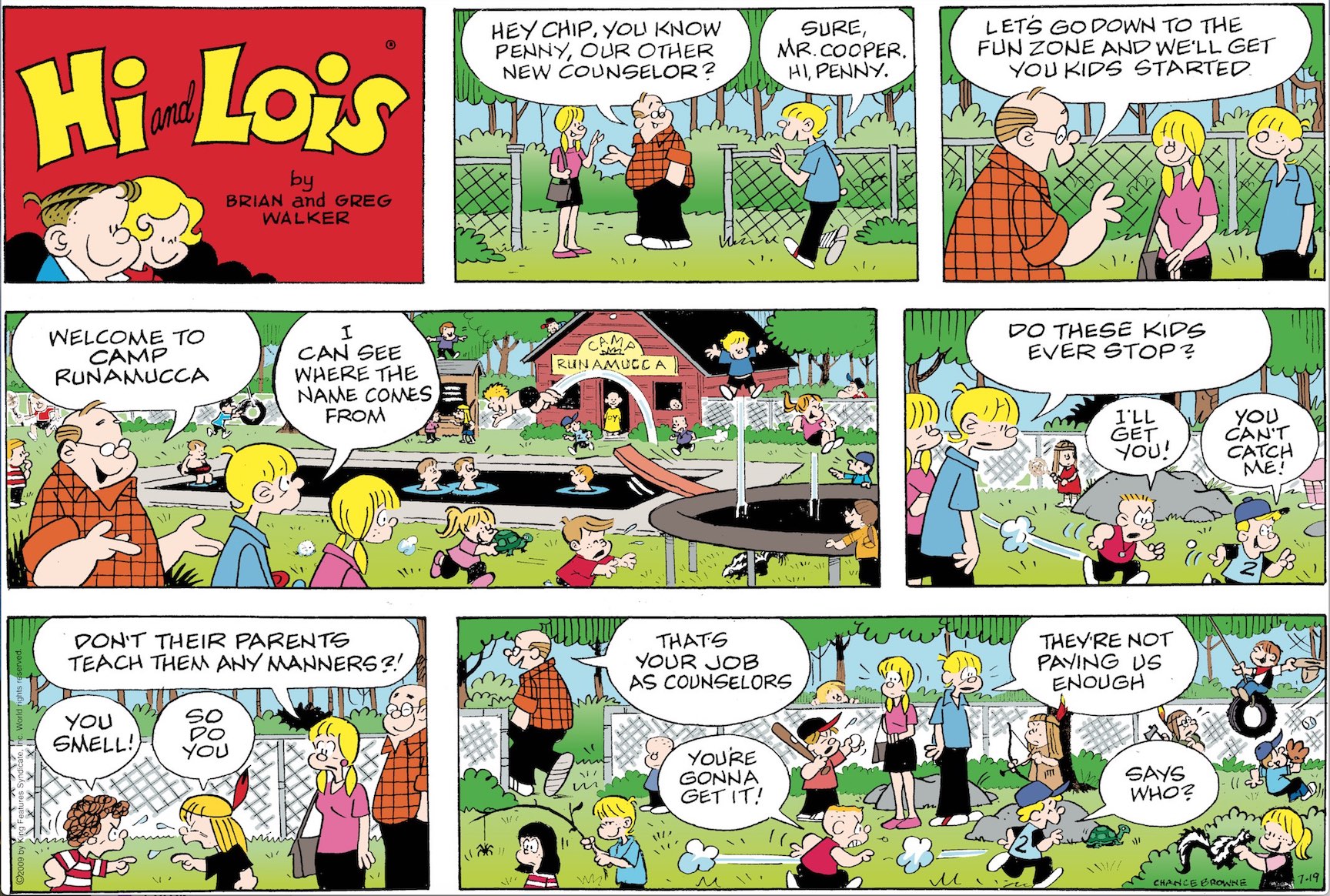 In 2009, Chip Flagston was hired as a summer counselor at Camp Runamucca. This weeklong series was conceived and written by Greg Walker.

In the opening Sunday page, shown above, Chip arrives at the camp and meets fellow staff member Penny, aka C.J. (no relation to C.J. Kettler, current president of King Features Syndicate).

The scenes of the camp, illustrated by Chance Browne, are filled with unruly children racing around the grounds engaging in a variety of shenanigans. Chip and C.J. obviously have their work cut out for them.

In the first three daily strips of the story, shown below, Chip strikes up a friendship with his cute, female co-worker. The kids at the camp don’t show much respect for Chip. This leads to some awkward moments.

Next week, we will post the next three daily strips, as well as the concluding Sunday page, in this special summer sequence.