Local boy Curtis Wilkins made a trip to the kitchen at approximately 12:45am, where he accidentally dropped an entire cabinet full of silver plates on the ground while he was getting a midnight snack. The loud noise and commotion woke everybody up in the apartment. “Man I was only hungry,” commented Wilkins on the incident. “Mom made me eat too many disgusting greens for dinner and it really didn’t fill me up. Had the woman given me some nice dessert or even some potatoes and gravy, this wouldn’t have happened! I swear I feel like a covert ops every time I have to get up this late just to get my munchies on.”

The first person to catch him in the act happened to be his mom, Diane Wilkins, who threw a tantrum and repeatedly asked us to get out of the apartment. No word on what happened to the young Wilkins afterward. 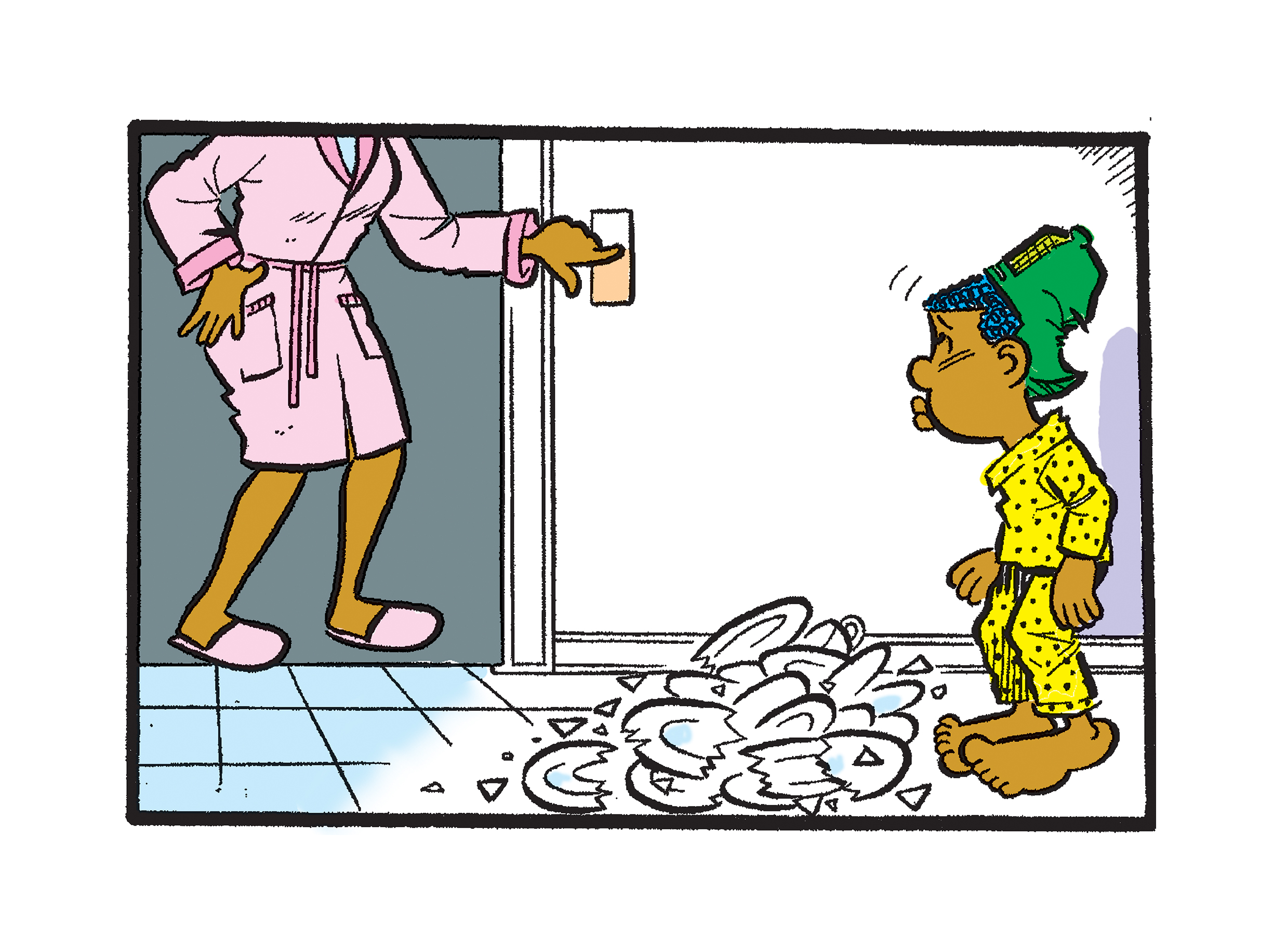 UPDATE: We caught up with young Wilkins outside his school with his friend Heart-Throb and gave us an update on the story: “No video games or TV for a week and I have to do double the amount of chores…I think I’m going to be extra snarky today in Mrs. Nelson’s class because I rather stay in detention than to go home this week.”