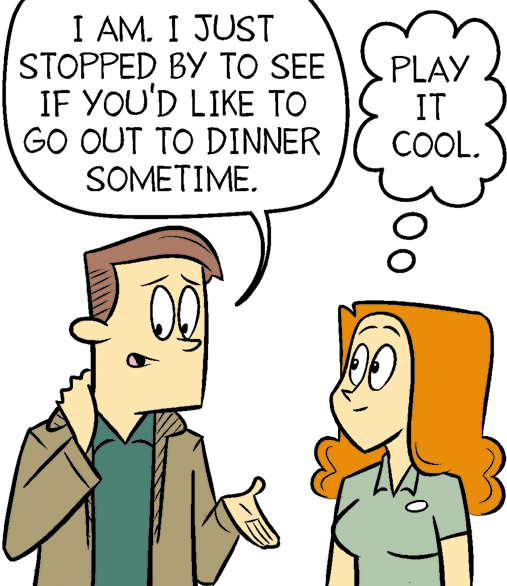 Romance is brewing at the local Grumbel's. A new assistant manager going by the name of Connor has been hired by the company, and he has caught the attention of an employee who is already working there. The employee known as Amber has not taken her eyes off of the young Colorado-native professional. "Whenever a problem comes up, she calls for him instead of me," comments Marla, the manager of the store. "The kid's still in training, for crying out loud! He doesn't need to feel any pressure just yet!" It has also been reported that Amber gets easily distracted whenever Connor is in her presence, with mistakes such as giving the customer too much change or dropping the merchandise due to her staring for too long occurring.

Apparently Grumbel's doesn't hire that many well-built and groomed workers?

After a week of heavy in-store training, the new assistant manager was ready to be transferred to a different location which he was originally hired for. Right before heading home on his final day, he promptly asked Amber out on a date, showing that he may have gotten the hint from her. Of course, she accepted, but not before giving him an odd response while in a visible shock. "I don't know what I said to him but I think I basically said yes," comments Amber right after Connor left the store. "My body just froze and I tried really hard to just thaw it out! I hope I didn't say anything stupid, or even worse, scare him off." Moments later, she couldn't bring herself to answer any more questions. She was visibly sweating and shaking before exclaiming: "OK NOW IT'S JUST TOO HOT IN HERE! COULD SOMEONE TURN ON THE A/C AND GET DEAR ABBY TO TELL ME WHAT TO DO BEFORE I MESS THIS UP?!" 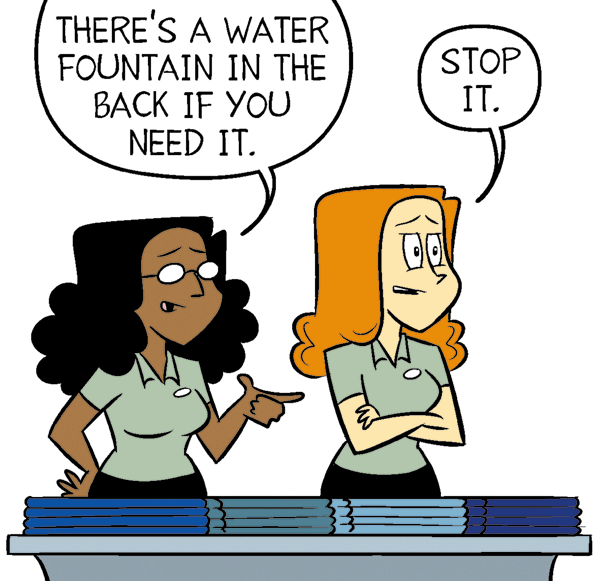 The source for this story begins here. We'll keep you updated on the story as it develops in the coming week or two.