In a new short story published by an anonymous retail worker, we now have the the age-old question answered: Why do retailers sell Christmas merchandise starting in August? Well we can tell you it's not for the profit, nor for the sales. The truth, as it so happens to be, is a lot further from what people believe.

We were asked to keep the identity of the retail worker anonymous, since they do not want to potentially compromise their job position for "exposing the truth." That being said, we were granted permission to show you a small preview of the published material. Read below and see for yourself: 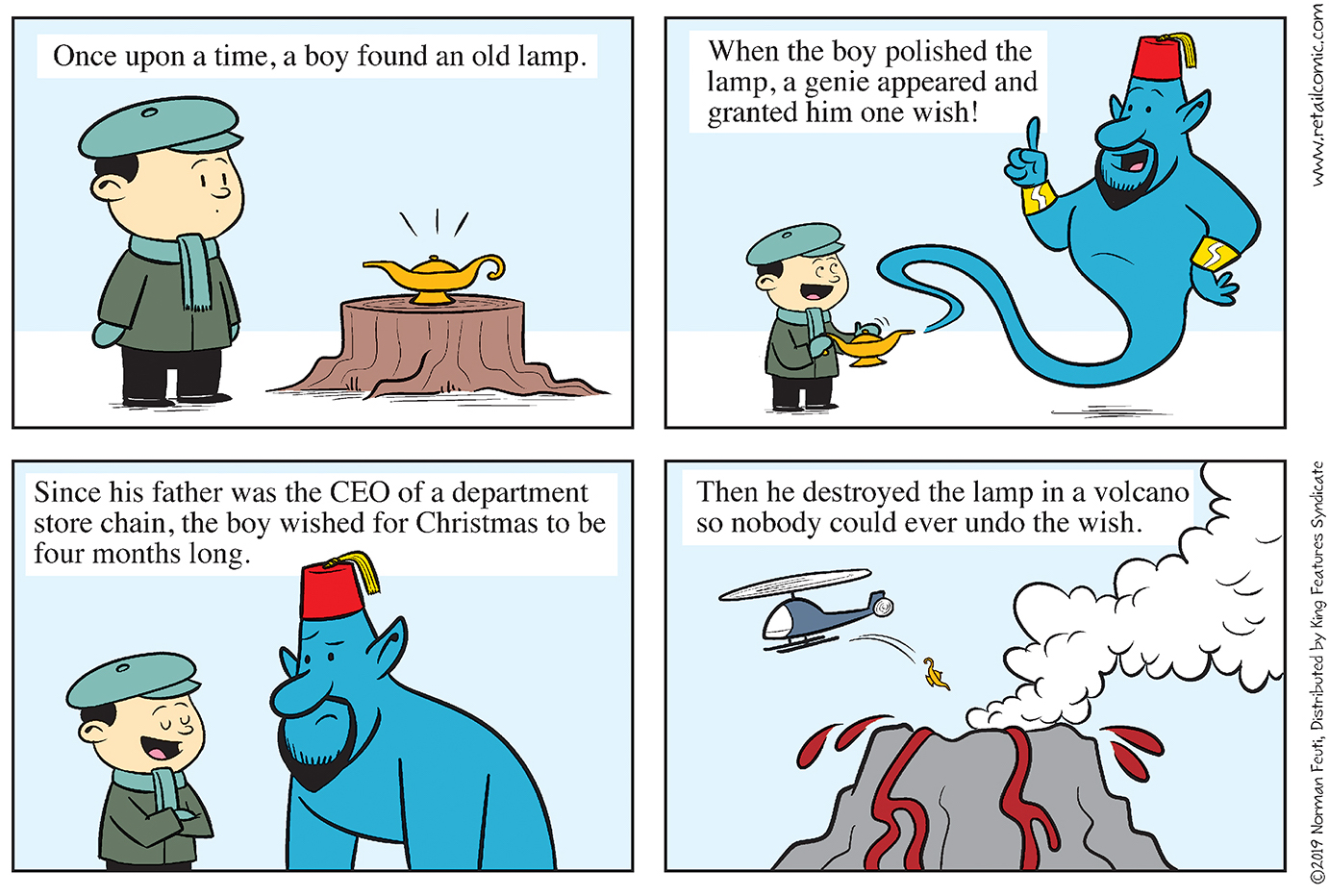 There is obviously a lot to unpack here: From the discovery of a magic lamp to the twisted revelation that the kid was the spoiled son of a big CEO. "I have reason to believe that is actually the kid of my company's CEO," claims the anonymous retail worker. "And because it somehow proved to be successful, other chain stores joined in on the competition. It became quite the chain reaction and it's all my company's fault. The truth deserves to be out there." After we were done speaking and providing us with a free copy of his new book, the employee returned the stockroom in the back to continue hiding from customers. No word on what they actually do there but we heard it involves boxes.