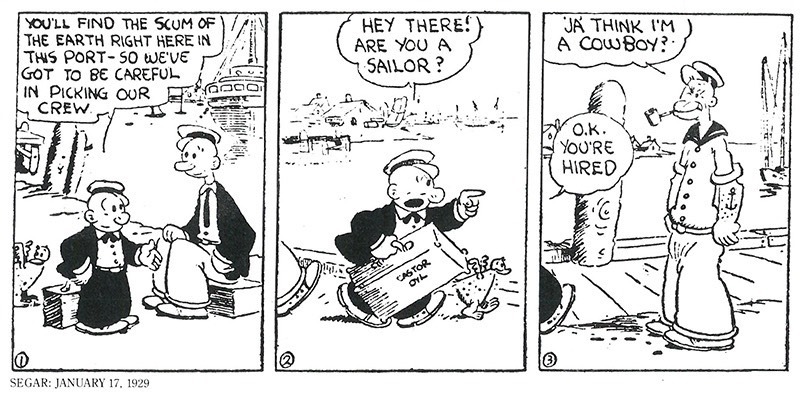 January 17th is the birthday of a very special sailor man-- and this year, he's turning 90!

In 1929, E.C. Segar drew a one-eyed sailor into a story in Thimble Theatre, and the world fell in love!

(Not long after, Olive Oyl did, too)

Popeye was so popular with fans that he soon became the leading character, and Thimble Theatre gave Segar a place to share Popeye's adventures with the world— from running his very own newspaper, to confronting the sinister Sea Hag, to becoming (temporary) King of Spinachovia! 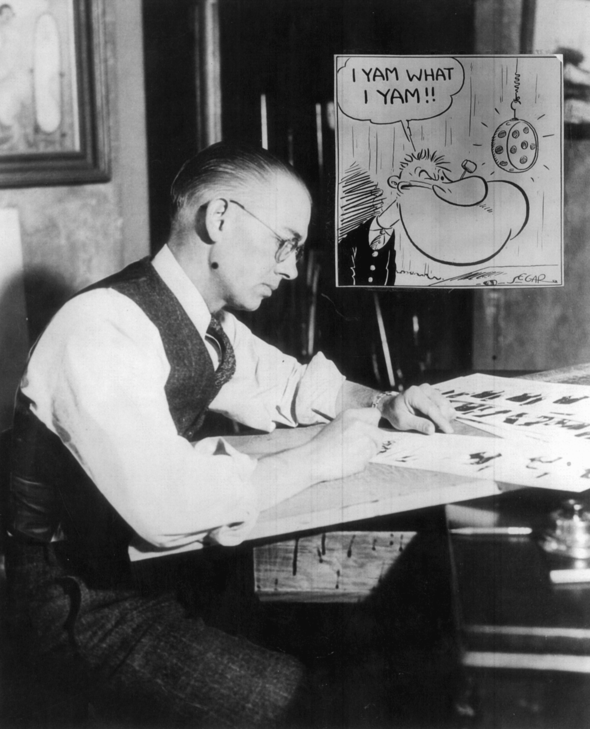 Over the years, Popeye has starred in film and television, and most recently on YouTube. He's been featured on tee shirts, toys, magazines, spinach cans, and even graced the top of the very first licensed PEZ dispenser. And, of course, he's still right here on Comics Kingdom every day!

We'll have more exciting news about Popeye's birthday tomorrow, so remember to check back for more!  In the meantime, here are some great Popeye-themed comic strips that show just how many cartoonists are inspired by this great icon of comics!