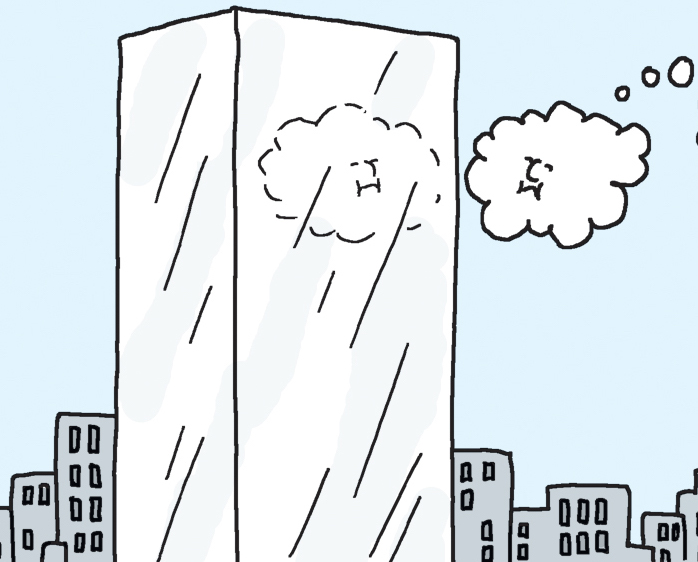 Today is National Skyscraper Day! It is a day to appreciate modern architecture and engineering, and you can do so by simply looking up while standing in the middle of your nearest city. If you don't wanna make that drive, you can always check out our Top Ten Comics on Buildings. Marvel at one of man's greatest creatons! 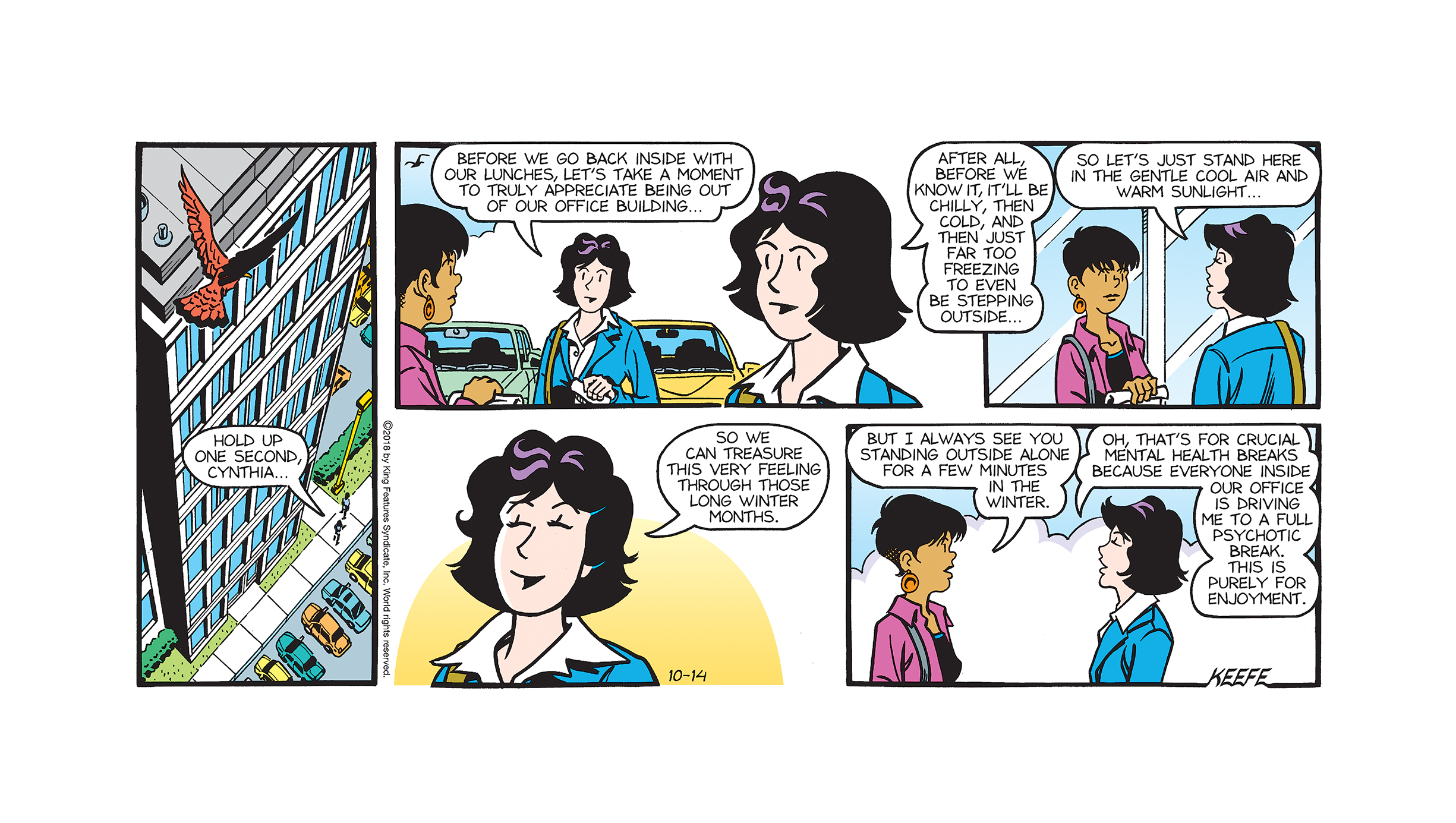 To kick off this list, we just wanna show you how well Sally appreciates her office building. She's a good example to follow.

Buildings and skyscrapers and man-made, but according to Sherman, there is one made by aliens. 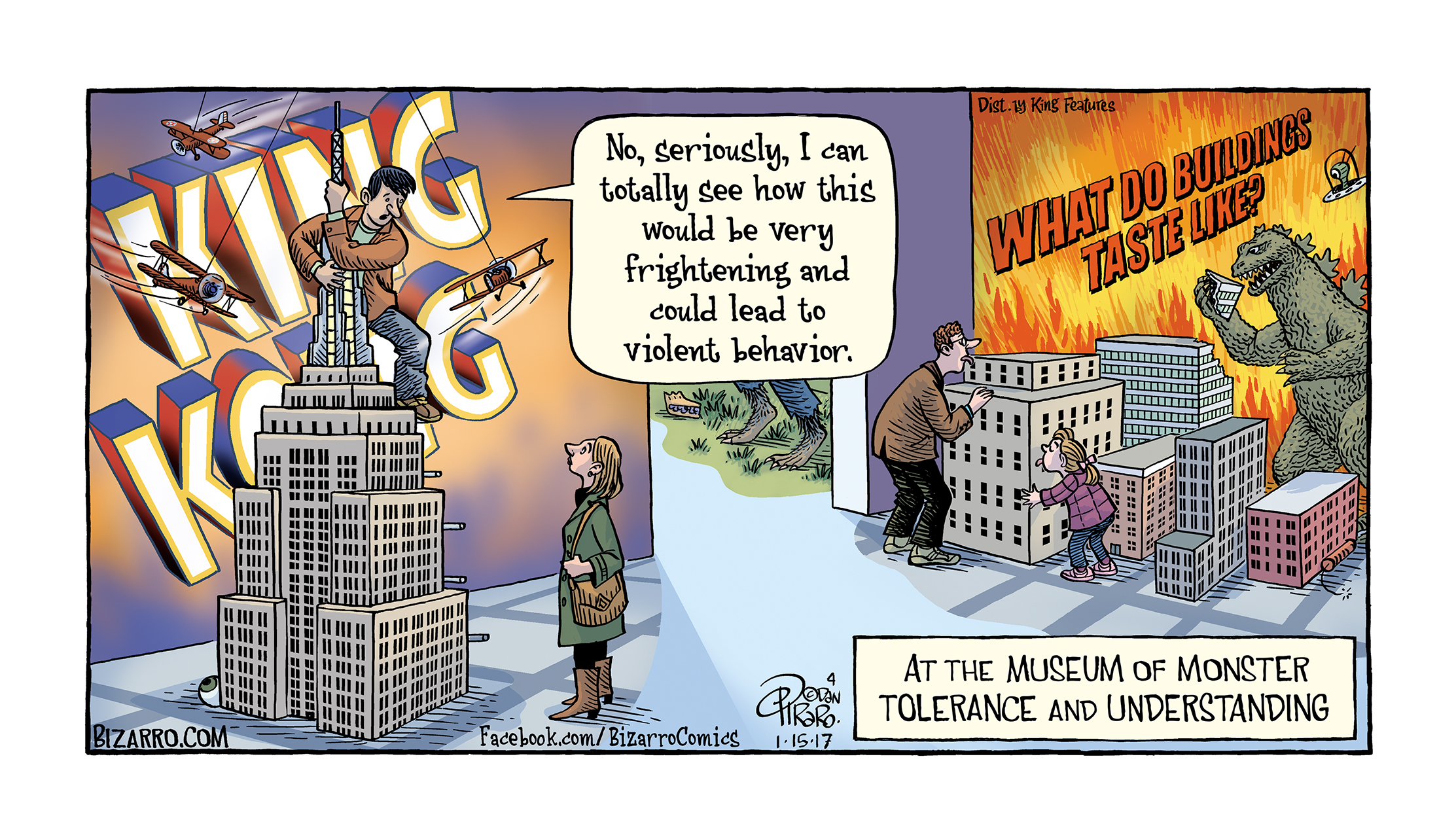 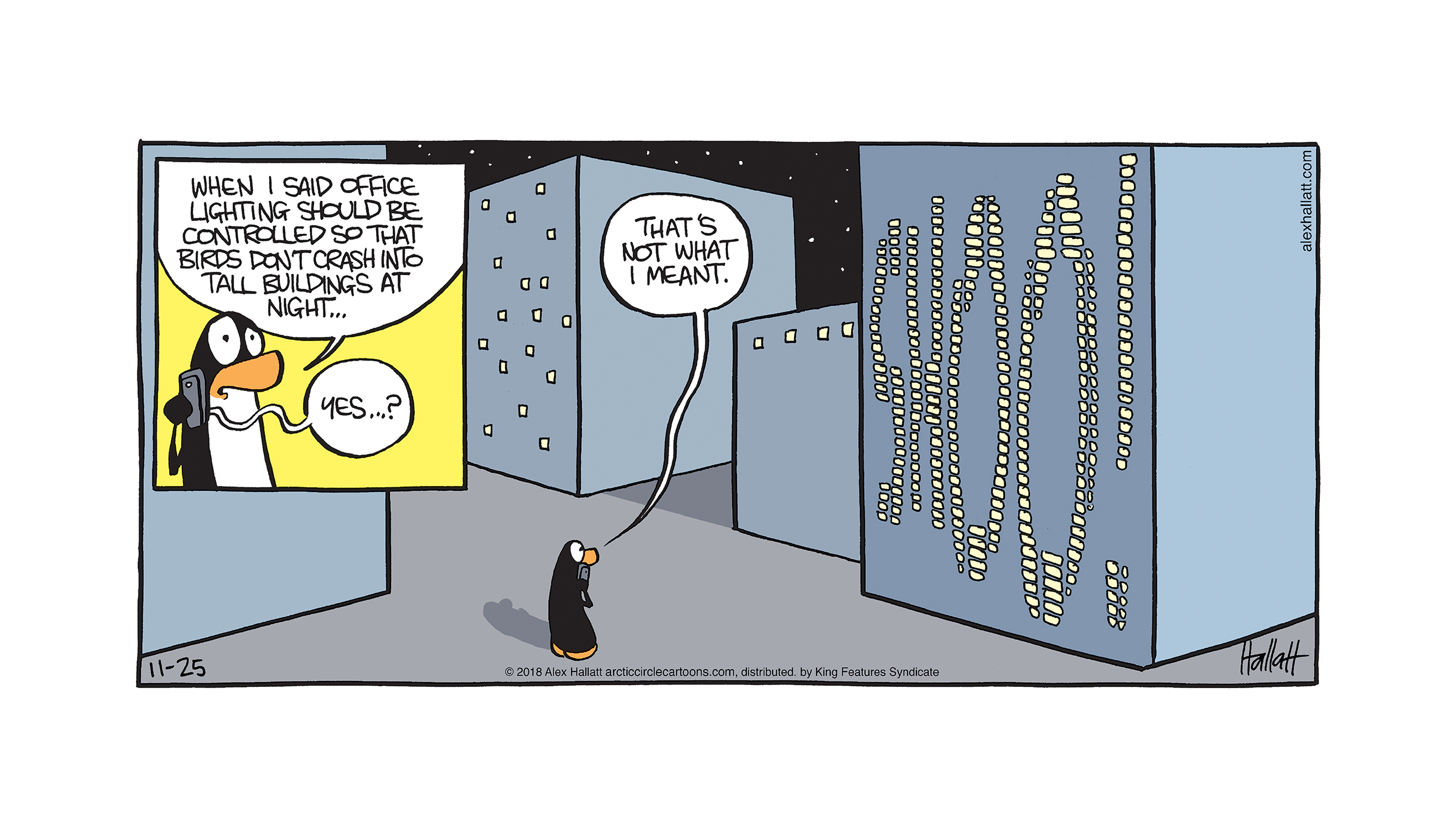 But it works, right?

Fun fact: Buildings act like mirrors to the clouds. Some are even too narcissistic.

The Empire State Building could be a good snuggle spot.

Chicago has an impressive skyline! Check it out sometime if you haven't yet. 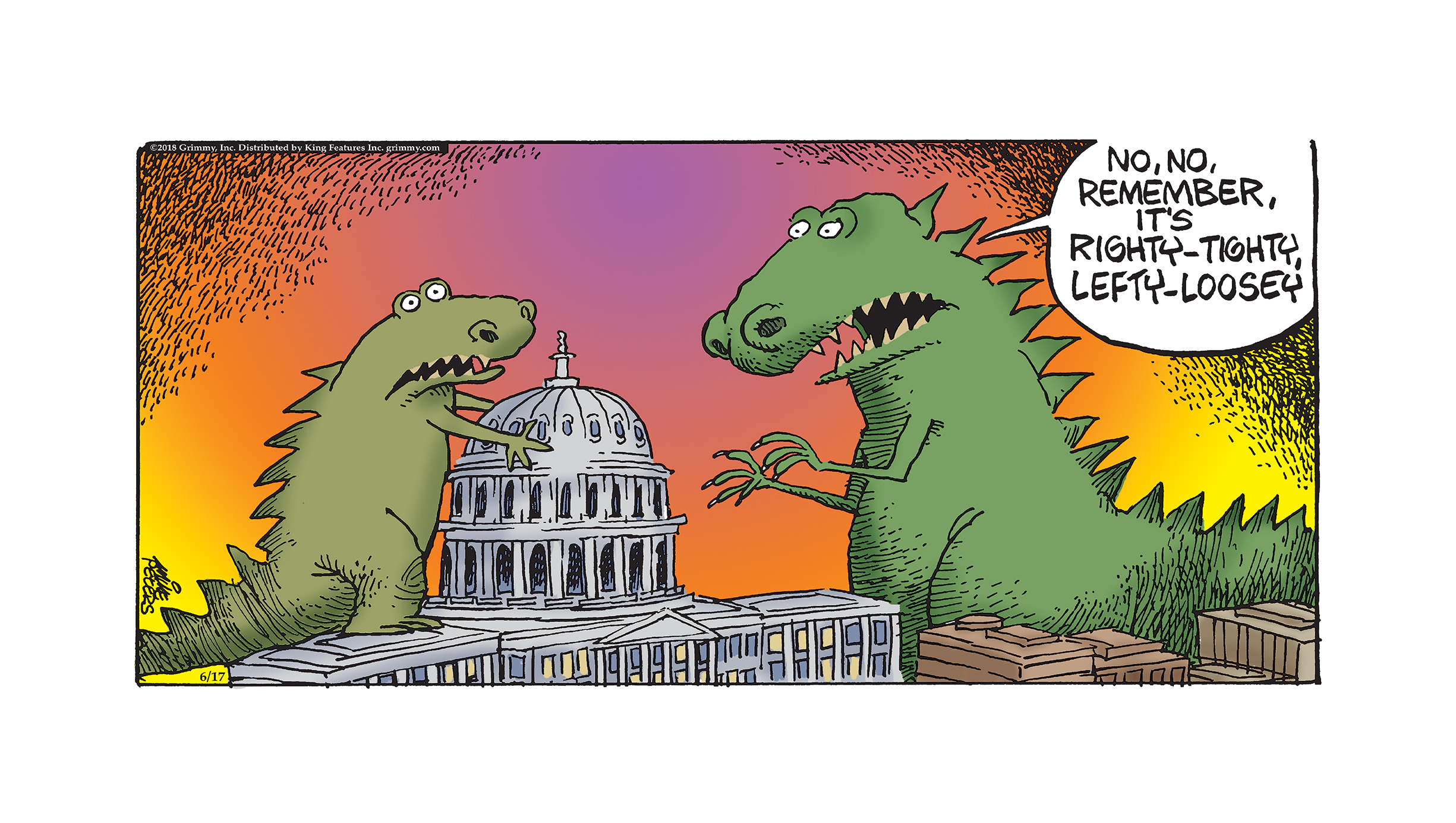 The classic government buildings deserve recognition too! Though maybe not in snack form.

That's the city-tourist life for you, but we promise the view from the top is breathtaking.

What if you worked inside a building that a giant ape is climbing?