This week, loads of comics fans from around the world will be in San Diego for San Diego Comic-Con.  If you’re there, make sure to check out  Liniers’ spotlight panel, introduced by King Features President, CJ Kettler, on Sunday at noon and get a taste of the Argentinian superstar cartoonist whose beloved strip, Macanudo, will be syndicated by King Features this fall!

In celebration of one of the biggest comics and pop culture events in the world, I’ve asked our cartoonists to share their favorite comics about comics!

One of the newer recurring characters in REX MORGAN is "Horrible" Hank Harwood, a 94 year old former horror comic book artist. After decades of living in obscurity, Hank was rediscovered and brought back into the limelight after a cache of his artwork and comics were found in the attic of the Morgan's home (which had formerly belonged to Hank). Rex's old school pal, Buck Wise, has become Hank's art agent, and along with Hank's son, Hank Jr., they all attended a comic book convention a while back. Here are the Sunday page highlights. 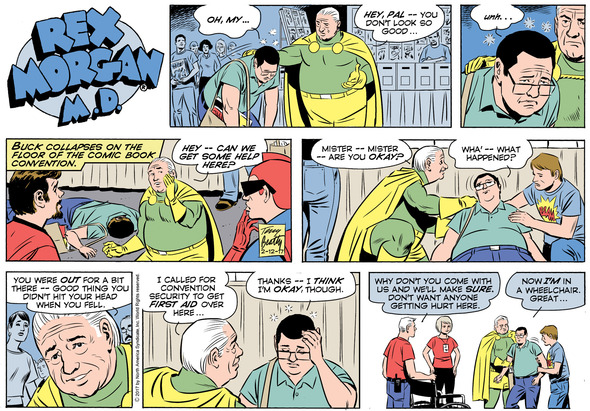 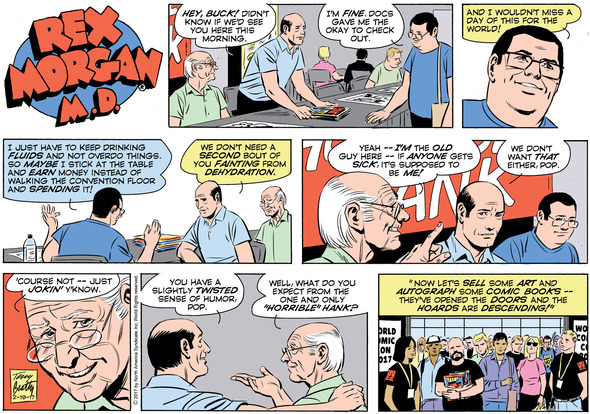 Included in REX as an inside joke for fans of THE PHANTOM, the heavyset cosplayer in the green and yellow superhero suit had appeared in THE PHANTOM strip during the costume cruise story that also featured MANDRAKE THE MAGICIAN.

Not a fan of mainstream comic cons. Every time I'm forced to attend one, I feel my I.Q. dropping ten points each time I round the tables.

On the other hand, "indie" cons are more to my liking. At least I'm not assaulted there by fanboys and girls in ill-fitting spandex. People who read my stuff have better things to do than leaving their brains at the door and entering a superhero comic con.

When I was six years old, a Peanuts book introduced me to the world of comic strips. I've never stopped loving Snoopy.

Bill Hobrook, Kevin & Kell, On the Fastrack, and Safe Havens

"Fastrack's" Dethany went to San Diego for Comic Con in 2012 which was at the same time as the Olympics that year.

In 2004, at our HeroesCon here in Charlotte, Spiderman was the theme. Dennis, Joey and Margaret were a little surprised at Mr. Wilson’s “full-on” participation in the event! 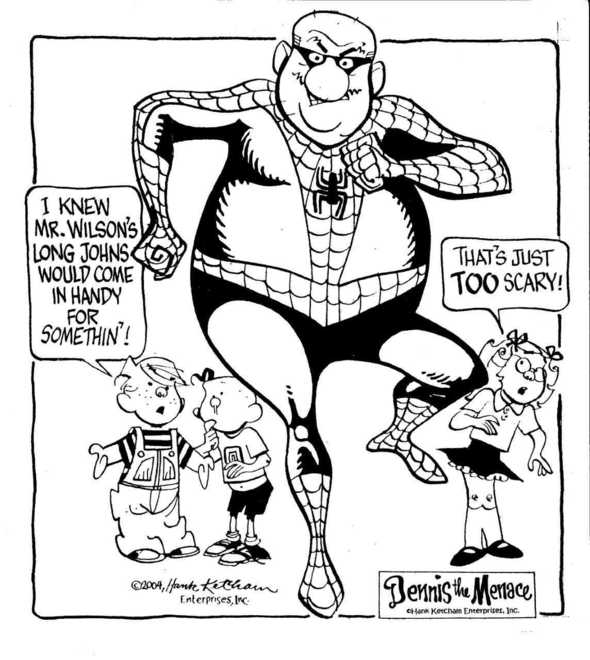 In one of the daily panels, Dennis and his Dad were actually at a Comic-Con and got to meet Stephan Pastis! 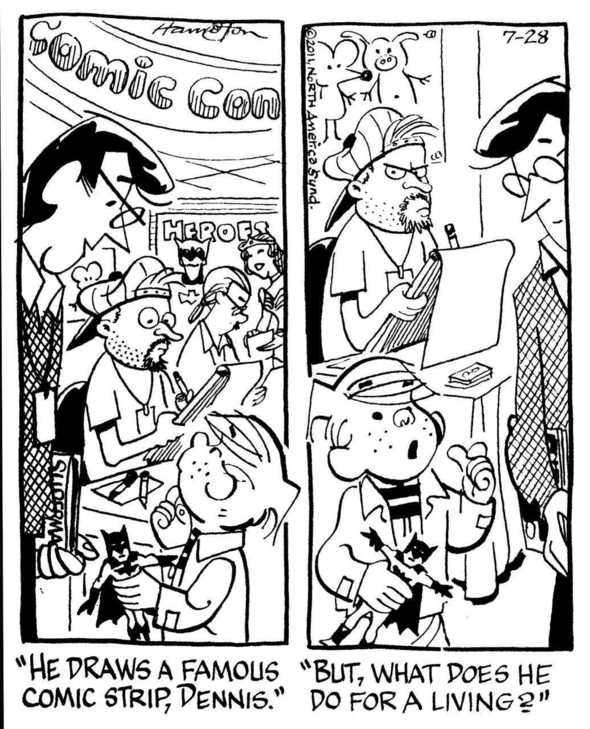 This is a Hi and Lois Sunday page I did in 1994 to show the process of how a comic strip is produced.  I used it for an exhibition I did in 1995 at the Barnum Museum in Bridgeport, Connecticut entitled The Sunday Funnies. – 100 Years of Comics in American Life.  It is also part of a display I take around to schools to show how we produce Hi and Lois. 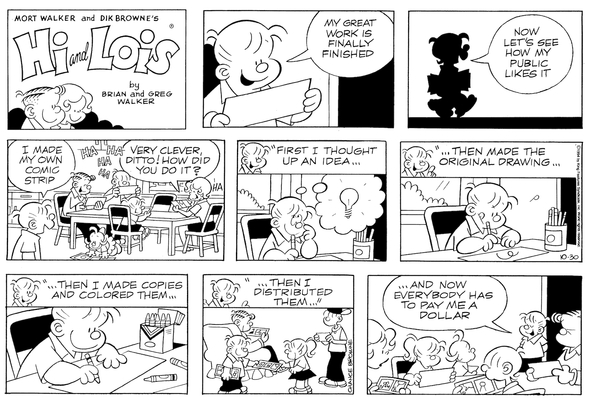 Lots of Comic Con and cosplay fun in the current Sally Forth storyline.

And coming up this week - Sally meets the voice actor of her childhood idol.

Triumph or catastrophe? Only time will tell...

I do a tribute to Comic-Con every year. Look for one in my upcoming Sunday cartoon this week.

Superhero movies have become very popular at the San Diego Comic Con, so it made me think of Godzilla and monster movies that this cartoon is based on.

I have only been to San Diego once, at least 15 years ago. I was sitting at a table next to a couple of artists I have long admired, Mary Fleener and Dan Clowes.

Mary Fleener signed one of her comic books - which I still have - somewhere.

One of my fave Dustin cartoons features the comics page. Kind of meta…

Here's one of my favorites .....a Hank Ketcham original!

"I love conventions. I've been to more than I can count, and it's so great too be around "my people!" The Intelligent Life characters love cons too, of course, and here are a few of their wacky convention escapades!"