News Around the Kingdom: SPRING HAS SPRUNG

Whether you’re tiptoeing through the tulips or knee-deep in nor’easters, a new season has arrived. Here at Comics Kingdom, we’ve got spring fever, and the only prescription is more comics!

Comics Kingdom readers know Mike Peters as the manic mind behind the anarchic comic strip MOTHER GOOSE & GRIMM, but did you know he’s also a Pulitzer-Prize-winning editorial cartoonist? The Dayton Daily News will be celebrating Peters’ 50-year partnership with the paper with a retrospective show of his editorials and MOTHER GOOSE strips at the Dayton, Ohio, Metro Library this spring. The show opens with a VIP cocktail party on April 2 and the exhibit continues through May 11. Happy anniversary, Mike, and here’s to fifty more!

After this epic winter, are you longing for some fresh air and maybe a coaster ride or two? To celebrate TAKE IT FROM THE TINKERSONS’ fifth anniversary, artist Bill Bettwy and his hometown paper, the Altoona Mirror, have teamed up on a special treat for cartoon fans: Just clip and collect Tinkersons strips during the month of April, and you can enter to win amusement park passes! Fun now AND fun later? Sounds like a win-win! 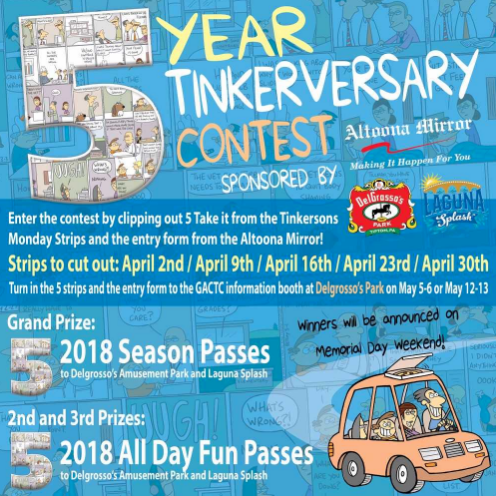 If your quest takes you to the Big Apple this April, be sure to stop by the Big Apple Comic Con April 14-15 to trade tales with PRINCE VALIANT’s Mark Schultz and Scott Roberts, as well as meet legendary King alumni Sy Barry, Joe Giella, and many more!

If your path lies a little farther west, fear not — The Ohioana Book Festival in Columbus, Ohio, on April 14 has you covered with appearances by FUNKY WINKERBEAN and CRANKSHAFT's Tom Batiuk and PAJAMA DIARIES' Terri Libenson. You might just end up a writer yourself!

Meet MUTTS creator Patrick McDonnell and pose for pictures with MUTTS characters Mooch and Earl in New York City’s Union Square Park on March 25 at the All for Love Adoption Rally, featuring adoptable animals from more than 20 animal welfare organizations. Has a special shelter pet changed your life? Share your photo with Petco Foundation's Love Changes Everything campaign and become part of the world’s largest mosaic mural of adopted pets and their people, which will be unveiled at the rally! 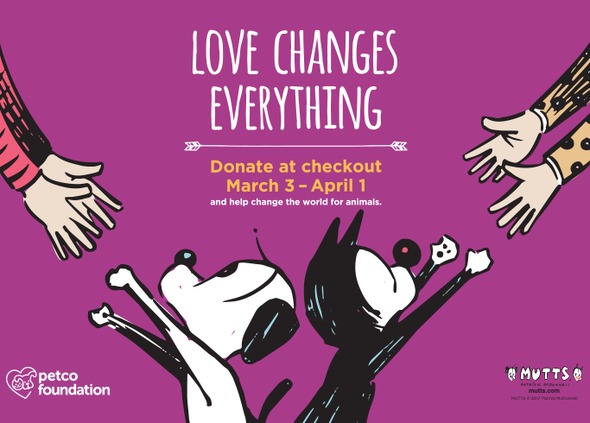 Till next time, Comics Kingdom readers!