Ask A Cartoonist: The Results Are In!

Yesterday, people all over the United States went to the polls to vote for their representatives. We asked our cartoonists to share their favorite election comics or their cartoon choices for elected office!

In Safe Havens, Samantha's mother Jeanine was elected Governor of their state in 2012. (This was after serving as Lt, Governor.) This strip, even being six years old, seems especially timely today.

Snuffy Smith ran for Mayor of Hootin' Holler many years ago. Even with a bodacious promise like that he didn't win!

You've opened up a real can of worms (or snakes) with this one ... We've got dozens of election / political SHOE toons, mostly centered around Sen. Batson D. Belfry of East Virginia.
Here are a couple ... 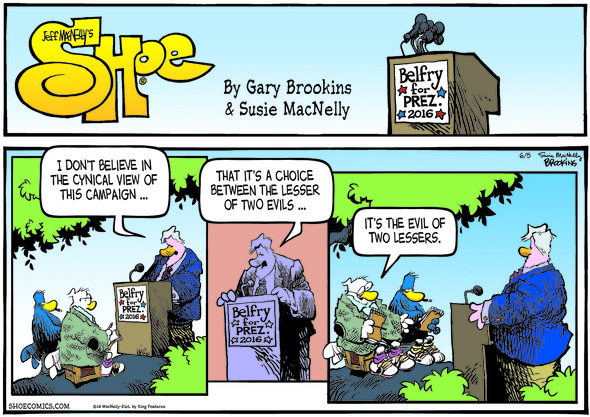 What do you do when the president of your country is an unhinged, walking narcissistic personality disorder? You do comic strips about him pointing this out and you wait patiently until his inevitable implosion. That's my plan and I'm sticking to it.

1955: Margaret Wade can be annoying sometimes but she’s also a VISIONARY. 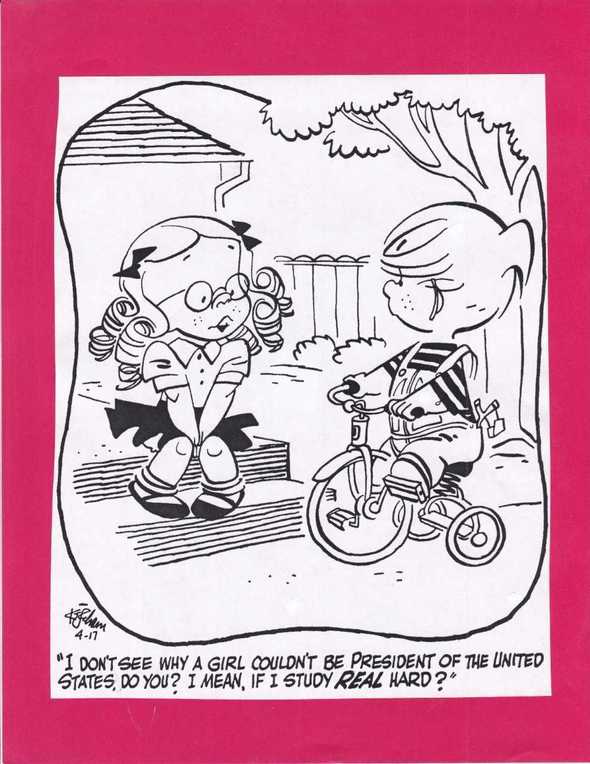 Pierce campaigned for a seat on student council and was unsuccessful… in the sense that he won.

I love election years. They provide so much material for the hapless Senator Ottoman, whose words often lack substance.