Ask A Cartoonist: Thanks to Our Veterans!

This past Sunday was Veteran's Day in the US, and it was also the 100th anniversary of Armistice Day, the day that World War I ended.

Everyone here at Comics Kingdom would like to send our warmest wishes to all the veterans out there and thank you all for your service. Here are some messages of remembrance, recognition, and thanks.

Bodacious thanks to all our Veterans! We are so thankful for your service!

Being a US Navy Veteran, Hank was always ready and willing to contribute to the cause. This was a from a BOOT CAMP introduction booklet for new enlistees. 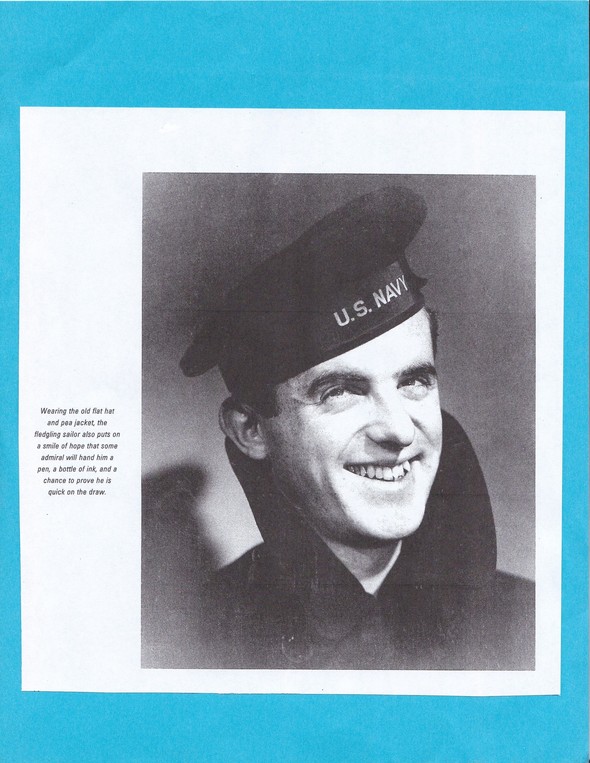 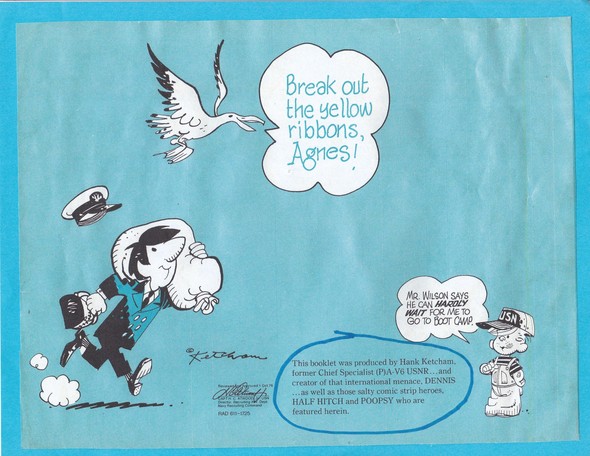 My grandfather served as an army surgeon in Great Britain in World War 1, and my father was in the Home Guard in the UK in World War 2.

But this is a drawing I made of my mom’s memory of listening to Mussolini declare war on France on June 10th, 1940. A travel ban had separated her from her parents, and she was staying in a convent in Italy with her sisters. She remembered the sound of the cheering crowd in the square. But it was mandatory to attend the rally, and there were police watching the crowd to make sure they were all cheering.

Because of the involvement of her older brother as one of the first group of partisans, my mom did her part in the resistance to the fascists in Italy.

She has been against all wars ever since.

Thank you for this important topic on the 100th anniversary of the “War to end all wars.”

My Dad was a career Army officer, something that came into sharp focus every Veterans Day when he took me to watch a military parade at a nearby Army base on Long Island.

I can still feel the roughness of his "Eisenhower jacket" and remember its wooly smell.

Other kids' fathers put on asuit and tie to commute to work every day into the city from Levittown.

When I worked as editorial cartoonist for Florida Today, we always liked to do a special Veterans Day cartoon for our Op/Ed pages. Florida's Space Coast boasts a huge retired-military population. The cartoons I did every November 11th, or the Monday nearest, always got a lot of response and requests for copies. Here's a fave of mine from 2007. 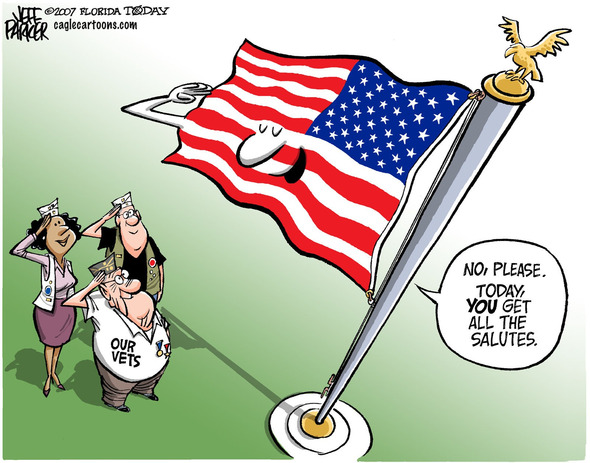 THE LOCKHORNS was inspired by my own life...I was married to a soldier, a sailor, and an OSS spy, (not at the same time.) They are all deceased, but remembered with love, and the laughter lives on.

Thank you for honoring our veterans.