This effort was spearheaded by the awesome ladies of Six Chix-- Isabella Bannerman, Benita Epstein, Martha Gradisher, Susan Camilleri Konar, Mary Lawton, and Stephanie Piro. You can read more about it on the King Features website.

And here are a few words from our cartoonists about this important effort.

Bill Holbrook, Kevin & Kell. Safe Havens, and On The Fastrack:

In Fastrack, Wendy and Art's son Rusty became the victim of cyber-bullying. His solution was to seek out allies.

I was bullied at school when I was at the middle grade level. It was very mild and no one physically attacked me, but it made me hate going to school. I wish I had talked to someone about it because I have a feeling that the kids who bullied me didn’t even know how upset they made me. I moved schools when I was 13 and found friends who didn’t make me feel bad (real friends). But I’ve never forgotten what it felt like to be bullied, which is why I wrote and illustrated the FAB Club books to help kids who are in a similar situation to mine at that age. 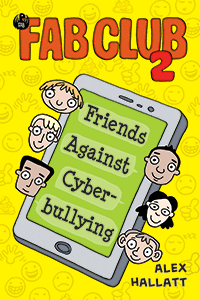 Friends Against Bullying - Join the Club!

DENNIS appeared in an Anti-Bullying book called ‘Bullying Is no Laughing Matter”. His rallying cry ‘The Best Defence is a Fence of Friends’ was incorporated by Miller Elementary School in Canton, Michigan.

I chose to do this one because I wanted to illustrate how sometimes just one friendship can make all the difference when someone is feeling bullied or isolated. You never know how much you might be making someone’s day just by being a little bit more kind.

I was honored to be asked to participate in Unity Day with the Snuffy Smith comic strip. Honestly, I had not heard of Unity Day before, but I strongly believe in its message. Our daughter, Meredith, is a fourth grade teacher and when I mentioned Unity Day to her, and the fact that I was participating in it with Snuffy Smith, she said her school had just had a big assembly on the importance of it. She was very happy to hear that many comic strips would be mentioning it this week.

The participating comics are collected below:

Dennis the Menace by Marcus Hamilton

The Brilliant Mind of Edison Lee by John Hambrock

On the Fastrack by Bill Holbrook

Hagar the Horrible by Chris Browne 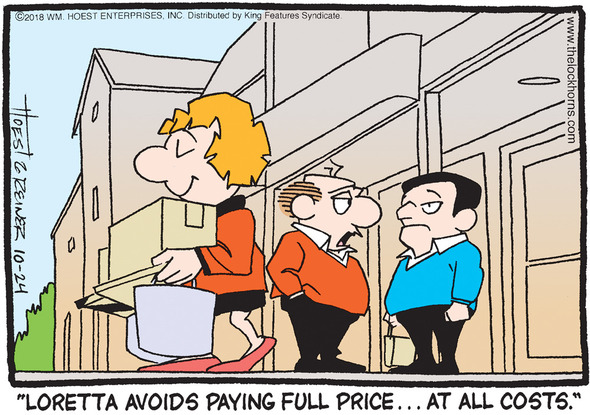 The Lockhorns by Bunny Hoest and John Reiner

Zippy the Pinhead by Bill Griffith