Wow! It's Benjamin Franklin's birthday! Apart from being one of the founders of our country, Benjamin Franklin is still very much beloved as an inventor and writer known for his wit and humor. So, of course, in honor of one of our comic forefathers, I asked our cartoonists to share some of their inventions-- worthy of Benjamin Franklin-- with us today.

The invention I can claim the word streptonym, which I coined to describe the type of wordplay, where unrelated phrases are combined using a common word as the connection.

I wrote about it a few times on my blog. The August 11, 2011 post goes into the most detail. Oddly enough, the examples shown in the blog posts are all Bizarro cartoons.

I just ran a Google search, and all results are either from my own blog, or from a linguistics blog that commented on my posts.

I like the word, but it's not catching on!

This title panel was based on a combination of things:
A Poor Richard’s Almanack image (there were many I used for reference)
And an engraving of Ben Franklin 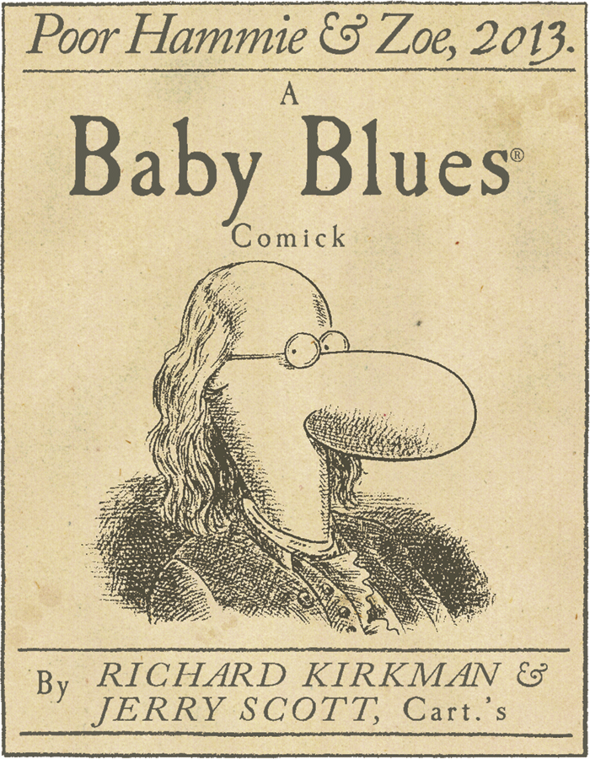 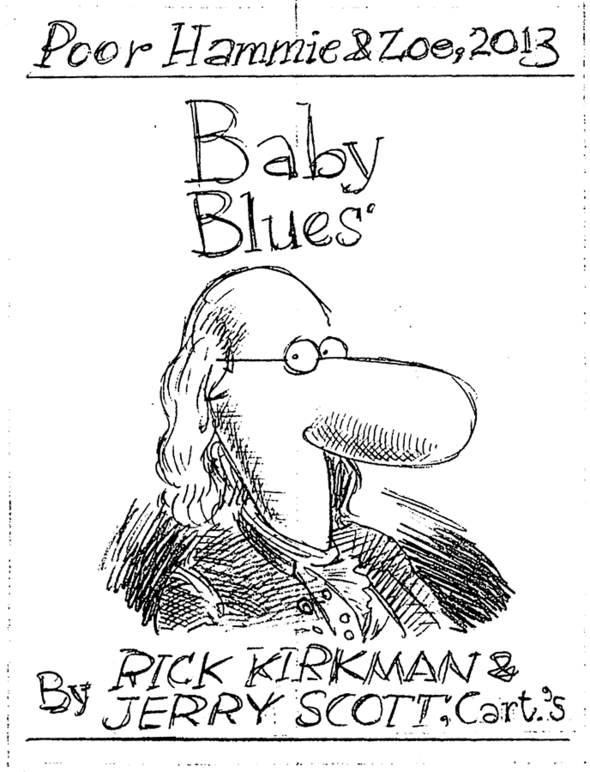 I had a background I’d created for our book The Law of Natural Disorder—made first from a scan of some parchment-like paper, then added a bunch of layers of discoloration and some great splatter brushes from Photoshop. I took a small section of that for the title panel.

I guess my claim to fame will always be as the author of Zippy's famous and much appropriated catch phrase, "Are we having fun yet?"

Well, at least I made my writer-mother proud a while back when it was officially attributed to me in Bartlett's Familiar Quotations. I tried to keep it all to myself for years, but it's now just part of
the culture. Can't complain!

When DENNIS celebrated the Bicentennial, Hank paid homage to Ben Franklin and managed to sneak in a laugh or two at the same time. 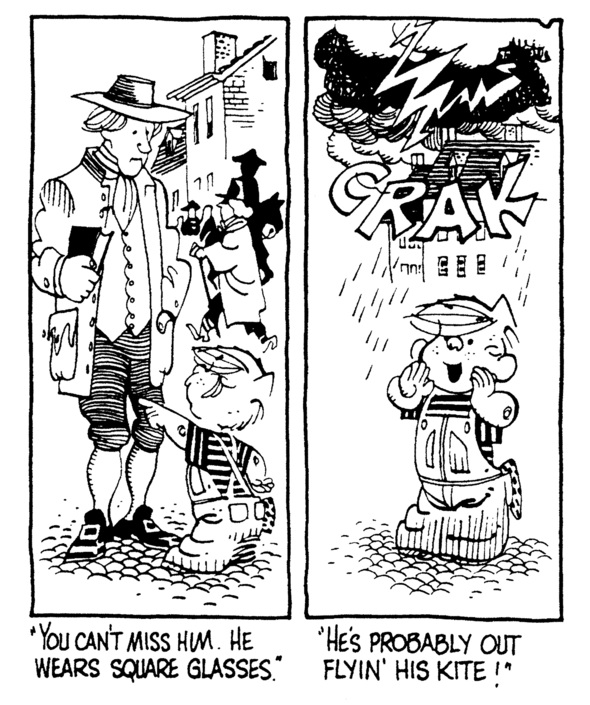 I haven’t really invented anything to speak of, but I did cobble together a drawing/light table. It is quite portable and has survived moving from the UK to Spain and back now to New Zealand. 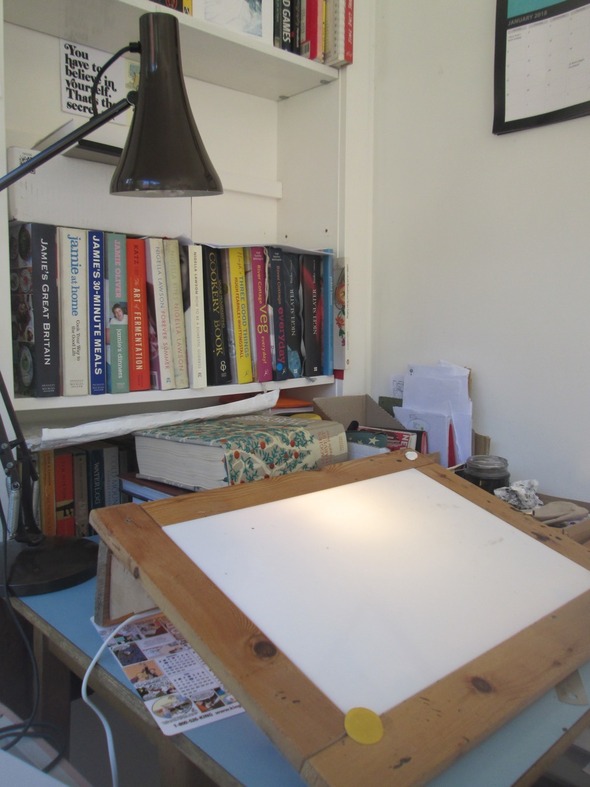 In Safe Havens, six-year-old Leonardo da Vinci and his mother are time travelers who pop in and out of the lives of Samantha and her friends. Here, he invents a wedding present for Samantha and Dave.

Here are some of Ted Forth's inventions - or as he's more commonly known, the "Ben Franklin of Comic Strip Characters."

Over the years that I have been working on the Barney Google and Snuffy Smith comic strip, I have created a few regular characters. Of those, my favorite is Grampy Pritchart. He and his wife, Granny, are the elder statesman in Hootin' Holler and they often share wisdom and offer advice to their neighbors, whether they want it or not! Even though Grampy is very old and walks with a cane, he is very spry. He often interacts with Snuffy and Lukey--joking and telling them stories. He is a mountain storyteller and he has a great sense of humor and often tells jokes at Granny's expense!

Edison is always inventing unusual gadgets. Sometimes they work, many times they don't. I chose to reference the famous Ben Franklin kite experiment on the cover of the first Edison Lee book collection. 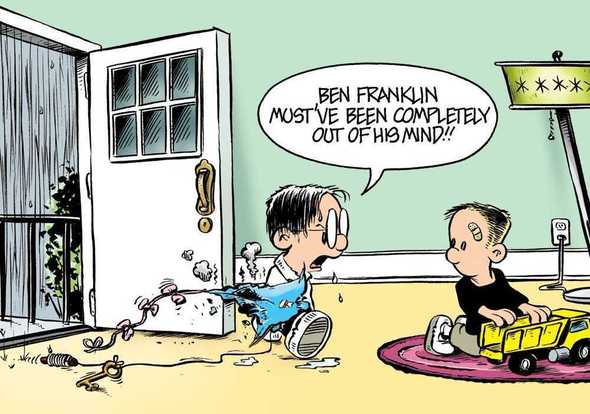 What started as a moment of inspiration ended up with a promise to teach myself how to draw with two hands at the same time. Why? I have no idea. But the resulting scribbles have inspired ideas for future drawings that I may want to make with my dominant hand. The exercise is fun, and it shakes up the ol' brain a little bit!