Today is the National Day of Hope, which seems like a pretty great holiday to me. Hope is a pretty excellent thing to have. For one thing, every day, I hope to see new comics that are going to crack me up.

I asked our cartoonists to talk about hope, in honor of the day! Here are their answers.

In the heart of George Wilson HOPE SPRINGS ETERNAL! 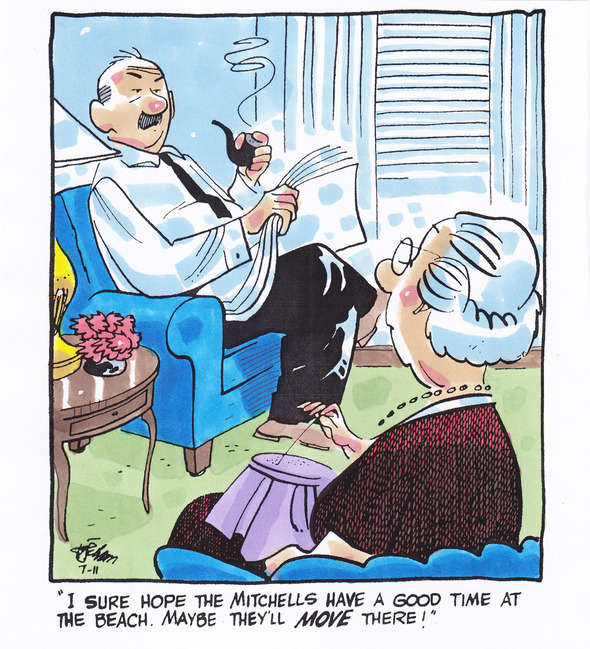 On one of his regular visits the Doggie Head in San Francsico, Zippy is filled with…hope!
Something about the schnozz

Here's Dethany's first appearance in "On the Fastack," when Dethany hoped she'd be accepted for who she is, and Wendy hoped her assistant would relieve her stressful workload. Both came to pass.

Last May, along with other members of the National Cartoonists Society, I had the opportunity to become a partner in hope and draw cartoons for the children at St. Jude Children's Research Hospital in Memphis, TN. It was an amazing and inspiring day! If you ask any of the cartoonists that were there, I am sure they would say they got more out of it than the children did. In this photo, I am drawing for the children with my good friend and fellow cartoonist, Daryll Collins, who works as a cartoonist for Boys' Life, Highlights and many other publications.

My hope is that we can bridge the political divide and get action on climate change, especially in the US, who has a bigger part to play than most countries and should be leading the world in clean, green technologies.

Maybe I am completely deluded, but I am still hoping for a Happy 2017.