This week, SNUFFY SMITH cartoonist John Rose shares with us the fact that there is another awesome artistic talent in the Rose family: daughter Sarah! A senior graphic design major at James Madison University, Sarah created the variant cover art for the Popeye Classic Comics #55 comic book! Check out John’s blog to see how this all came about! 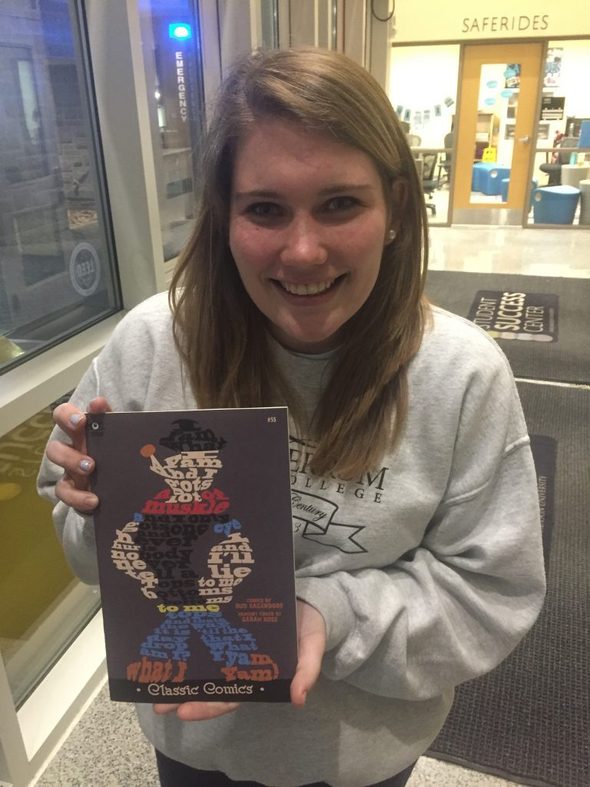 Sarah Rose and her Popeye cover

INTELLIGENT LIFE cartoonist David Reddick is all about the art this week. He, too, seems fascinated with Popeye – sharing drawings of the famous family of characters from his Sketchbook. He also shares his pride in his daughter, Ashley, Apparently a budding cartoonist herself, Ashley has sent dad a piece of fan art. How cool is that? 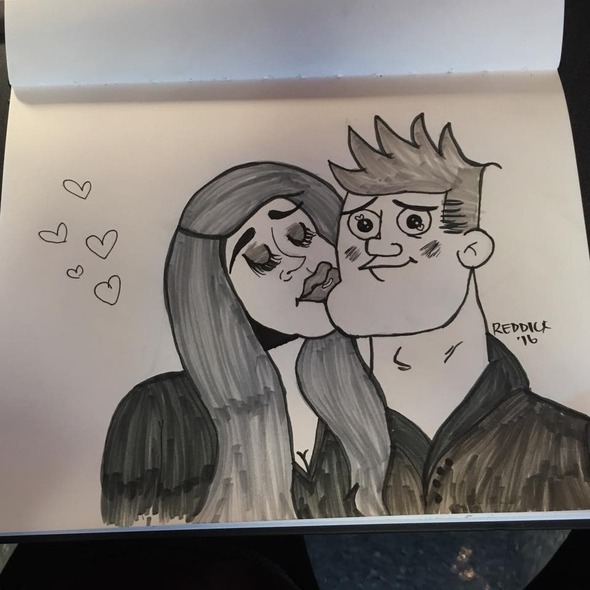 Meanwhile, this week, Brian Walker jumps to 1961, Part 1 for in his Timeline series. In BEETLE BAILEY, he pulls out a rare Sunday in which Camp Swampy is blanketed in snow… 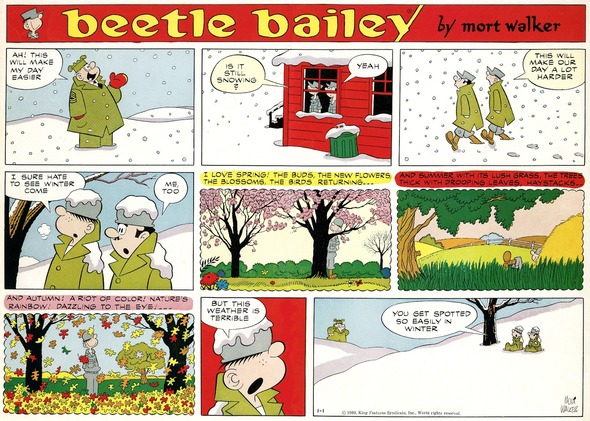 …while over in HI and LOIS, Brian showcases the Sunday strip in which Trixie speaks her first word. 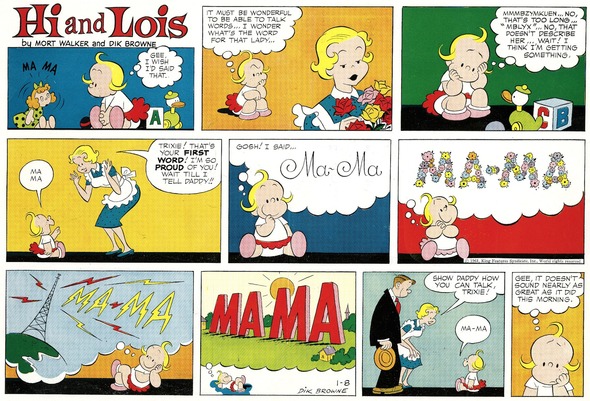 Finally, BIZARRO cartoonist Dan Piraro explores some of his magazine cover spoofs, emojis and Valentine’s Day comics. He even invites readers to give him feedback on his political commentary-style comics, which have engendered a lot of hate mail and even lost him several newspaper clients. Check out the blog this week to see what YOU think.