Ask A Cartoonist: Who's Your Valentine?

I  like the characters from Tina’s Groove by Rina Piccolo, and I bet they would be fun to hang out with on Valentine’s Day, but if no one was around, I would just drown my sorrows with a big mug of hot chocolate. 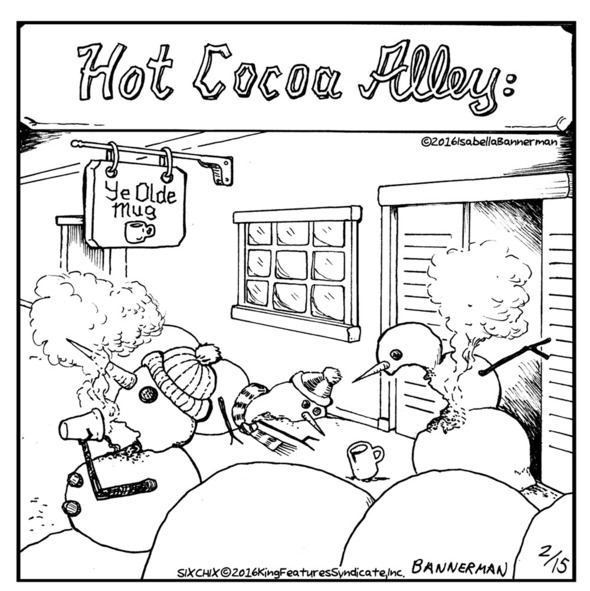 I'm sending a King Features Valentine to my  favorite misogynist, Mr.  The Toad.

Because if I don't, he'll hate me.

Who doesn't desire a dream date with Mark Trail?!!

(Yes, I do want a man who describes the geological provenance of the gems he buys me-- Tea)

As this sketch indicates, I'm sure Snuffy Smith's dog, Ol' Bullet, would have a crush on Dagwood Bumstead's dog, Daisy!  He would love it if she would be his "Comics Kingdom" Valentine!  Bow-WOW! 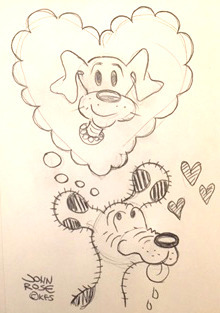 You should know that Miss Buxley is my comic dreamgirl. I think I even have Cathy's approval on this if I just don't bring her to life.