News Around the Kingdom: A NATIONAL JAMBOREE, A SNUFFY FLORIDA VACAY and PIRATES


This week, we wanted to alert you that three of our cartoonists are participating in a very special way in the National Scout Jamboree. Over the course of 10 summer days, once every four years, the Boy Scouts of America comes together for a one-of-a-kind flagship event. It's a gathering of approximately 45,000 Scouts, leaders, and staff that showcases everything that is great about the Boy Scouts of America and its members. 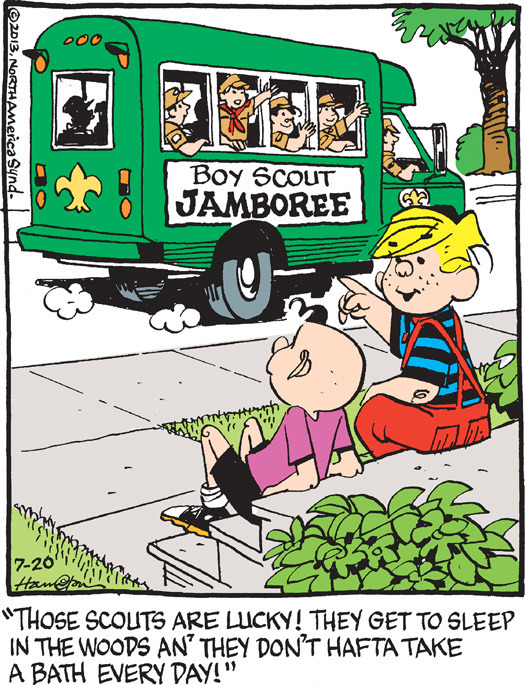 Reprising their roles from 2013, John Hambrock ("The Brilliant Mind of Edison Lee"), Ron Ferdinand ("Dennis the Menace" - Sunday)  and Marcus Hamilton ("Dennis the Menace" - Daily) have joined others from the cartooning community to create a special "nod-to-Scouting" tribute comic strip. Check out the BSA story here and then look for the Edison Lee and Dennis comics this coming week!

SNUFFY SMITH cartoonist John Rose shares some fun photos from one of his favorite spots -- and Snuffy's second home: Universal Orlando Resort. As you can see, Ol' Bullet plays a starring role in Toon Lagoon at the Islands of Adventure theme park. Snuffy and pals join the other comic characters in delighting park visitors -- including John's niece and nephew. So if you're headin' to Orlando, don't forget to stop in and say "Howdy" to the Hootin' Holler gang! 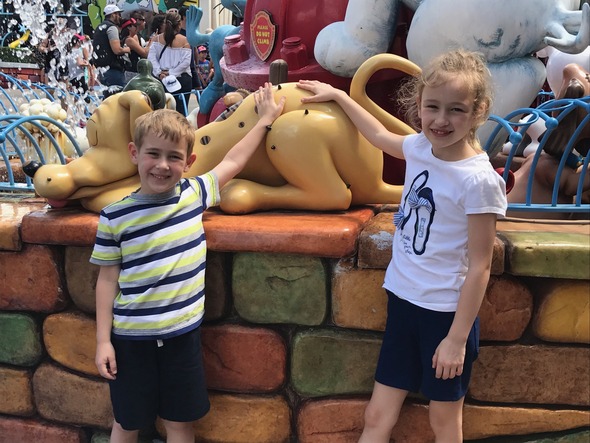 In the second 1966 episode in his ongoing Timeline series for BEETLE BAILEY, Brian Walker showcases Julius, a character introduced in the mid-1960s but rarely seen today. Brian reveals Mort Walker's claim that Julius was modeled after a fussy roommate he once had. Find out more in Brian's blog.

Meanwhile, over in Part 1 of his HI AND LOIS Timeline series for 1966, Brian shares a wonderful Sunday page in which Hi outsmarts Mr. Foofram's "Super Brain" computer... Check it out here. 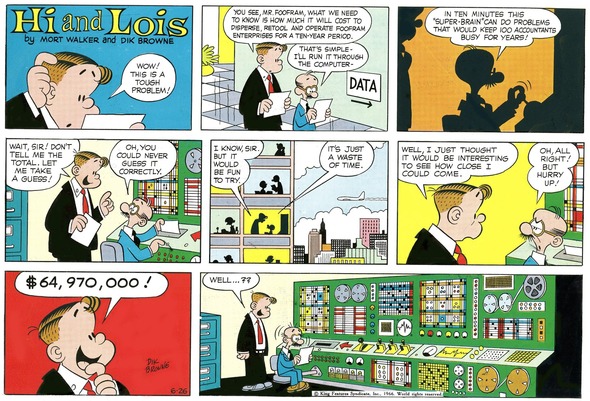 And finally, in his BIZARRO blog, Dan Piraro shares some of his favorite cartoons -- and readers' reactions to them. At the top of the lineup? Pirates! Enjoy Dan's always hilarious commentary!

Pirates are always fun in BIZARRO