News Around the Kingdom: INAUGURATION DAY & BEHIND THE SCENES...

In our country today, it is Inauguration Day. No matter what your political persuasion, we want to remind you that we offer a full spectrum of Editorial Cartoons here at Comics Kingdom. Rendered in different graphic styles and presenting varied viewpoints, these cartoons are guaranteed to make you think! Check it out here:

Meanwhile, we did have time to take a quick whirl around the Kingdom and came up with some fascinating tidbits from this week’s posts.

Brian Walker has resumed his blogging and clearly he’s been raiding the family vaults. In HI AND LOIS, he shares a page from The Tracy Twins, illustrated by Dik Browne and published in Boys’ Life magazine. The comic strip pre-dates HI AND LOIS by about a year. Learn more about it here. 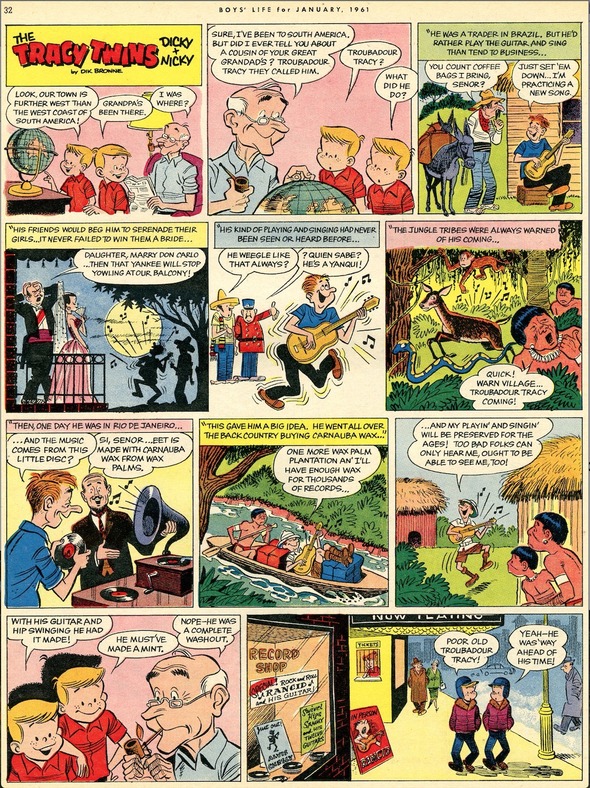 In BEETLE BAILEY, Brian takes a look back at a contribution to the National Cartoonists Society’s chapter magazine by cartoonist Stan Drake, who created the popular soap opera strip, The Heart of Juliet Jones, in 1953. In the “Fetal Bailey” spoof, Drake caricatured Mort Walker and his then wife, Jean, and gave a cameo appearance to Rube Goldberg (a Pulitzer Prize-winning cartoonist as well as a founding member and the first president of the National Cartoonists Society. Goldberg is best remembered for his zany invention cartoons). Check it out here. 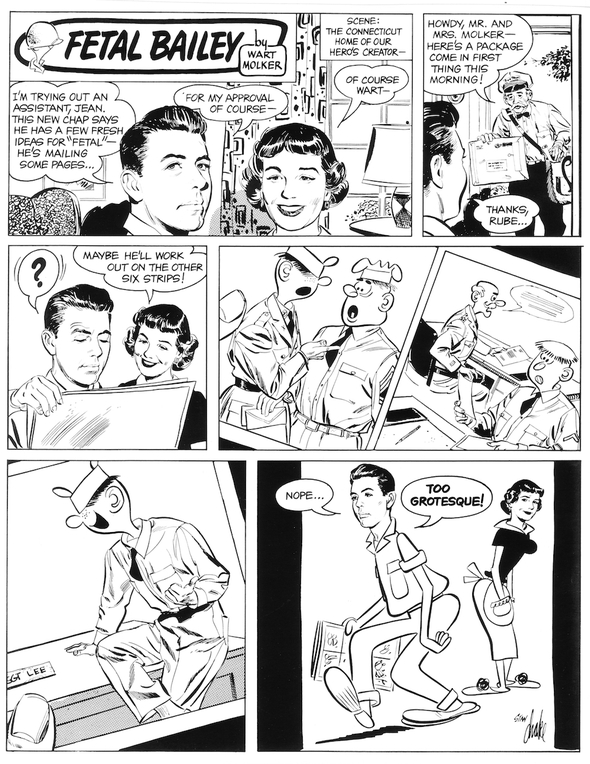 In the cold midwinter, BARNEY GOOGLE & SNUFFY SMITH cartoonist John Rose shares some of his favorite comics with a winter theme.

SAFE HAVENS cartoonist Bill Holbrook tells fans how to find out what happened to Samantha and Dave on their wedding day—and where to get the new collection of the complete year of 2013! (We'll let you in on that part. Click here.)

And last but not least, BIZARRO cartoonist Dan Piraro presents a hilarious batch of cartoons, drawings and musings this week in his "Tolerable Humor" blog post. Check it out here. 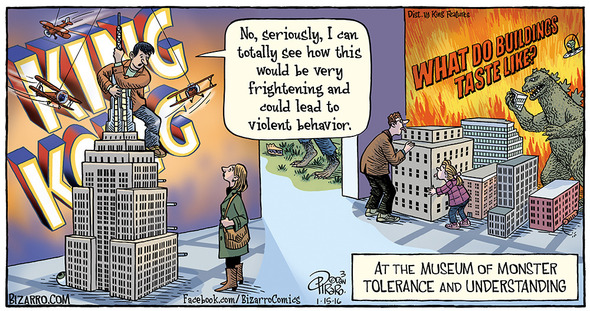