Today is World Peace Day!  I think all of us can agree that a little World Peace would be a great thing-- so I asked our cartoonists to talk about their feelings about peace.

Today is World Peace Day!  I think all of us can agree that a little World Peace would be a great thing-- so I asked all of our cartoonists to talk about their feelings about peace.

When I was young, I protested at "peace" rallies on occasion. I neverdid levitate the Pentagon, but I gave it a shot. These days, "inner peace" is more my goal, so I eschew public demonstrations in favor of seeking calm at my drawing table.

Zippy, on the other hand, looks for bliss wherever he can find it.

Although it doesn’t feel like it, the world is a more peaceful place than it has been in millennia. I wish it were even more so, but human nature has some horrible tendencies…

Bill Holbrook, Kevin & Kell. On the Fastrack, and Safe Havens: 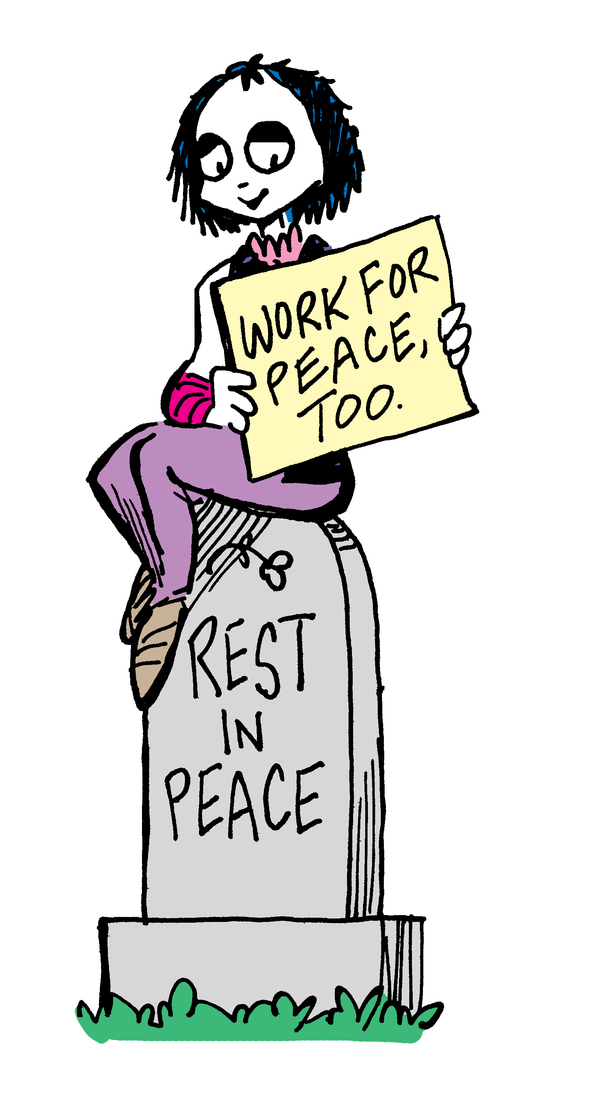 Mr. Wilson found the secret to perfect peace way back in 1960. 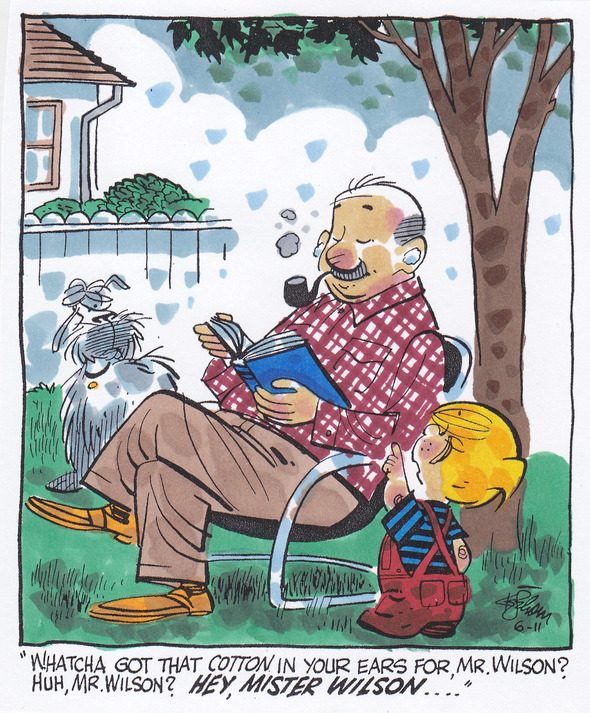 Among the number of emails I’ve received concerning a little girl in a hijab as a background character in Sally Forth, some have praised it for reflecting “the diversity that is America.” – others have hated it saying “It was wrong and wholly inappropriate!”

I’d like to state, as the artist on Sally Forth, I currently live in an area that is home to a large number of Somali Americans that have been here for generations and wear the traditional hijab. My drawing is just an everyday classroom scene in my neck of the woods.

For those who were offended that one such strip ran the day after 9/11, I’d also like to add that I lived in New York when the attacks happened and watched the towers go down from across the bay. I abhor the terrorists for what they did. They killed close to 3,000 people that day of ALL faiths and religions.

To strike back against that kind of evil I’m reminded of the words of Nobel Prize laureate Malala Yousafzai, who survived a bullet to the head by a Taliban gunman for being an advocate for a girls’ right to go to school. Her message is that the key in fighting global terrorism is education. So maybe the image of a little Somali American girl in a classroom getting an education is exactly what we need to see MORE of, not less. 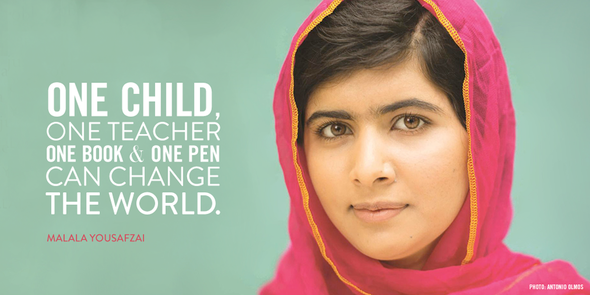 And that's my two cents. 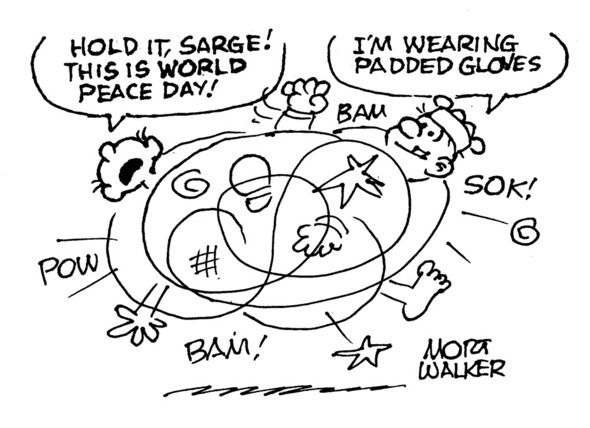