Ask the Archivist: IN THE LAND OF WONDERFUL DREAMS, Part 2

The entry today has more examples of the fabulous fantasies of Winsor McCay and Little Nemo.

Last June, I had the first installment of this series and how it came to Hearst from the N.Y. Herald syndicate, and thus was renamed from “Little Nemo In Slumberland” to “In The Land Of Wonderful Dreams.” See here:

The Hearst version, after many weeks of buildup, finally hit the newsstands on 3 September 1911, a mere 105 years ago this weekend. Here are some more pages from this delightful strip. 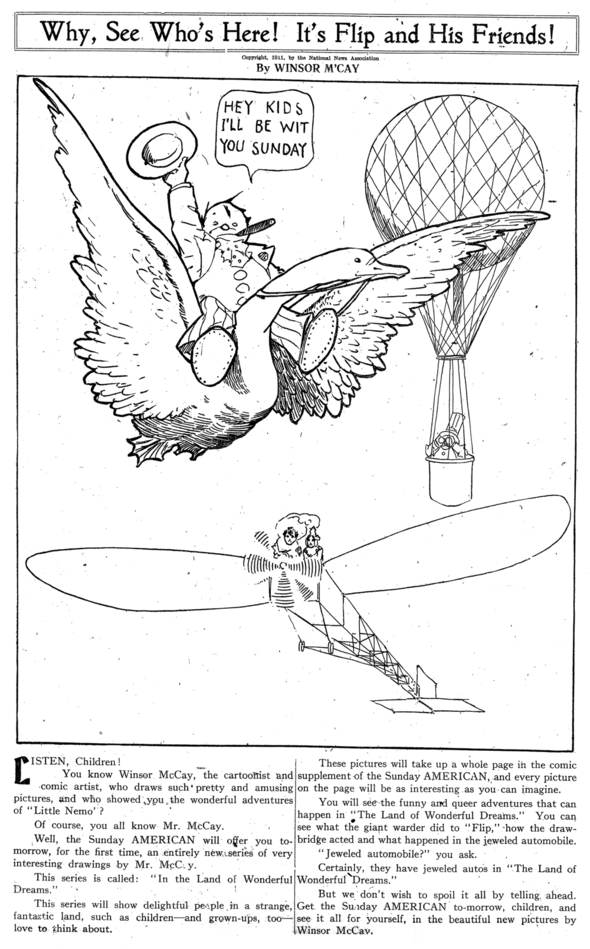 Special cartoon that appeared in Hearst papers on Saturday, 2 September 1911, in anticipation of
the “In the Land Of Wonderful Dreams” page, premiering the next day. 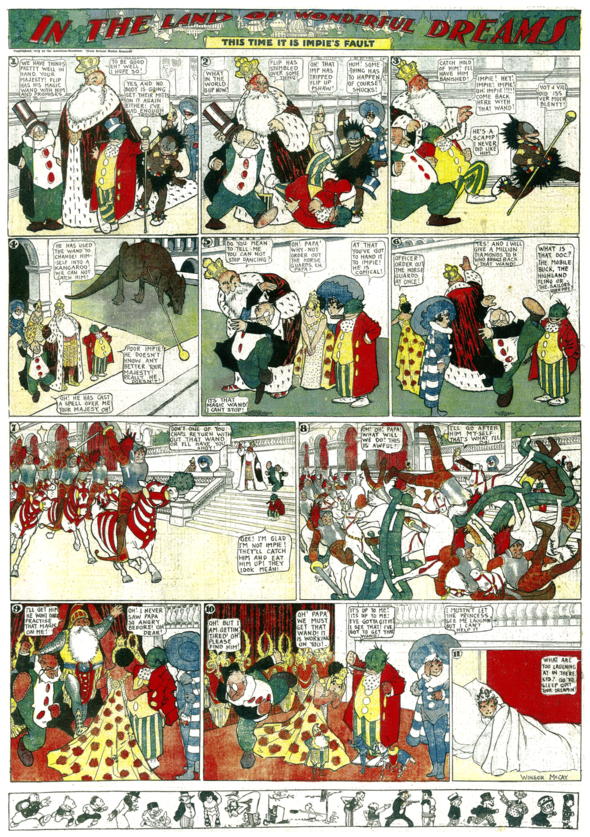 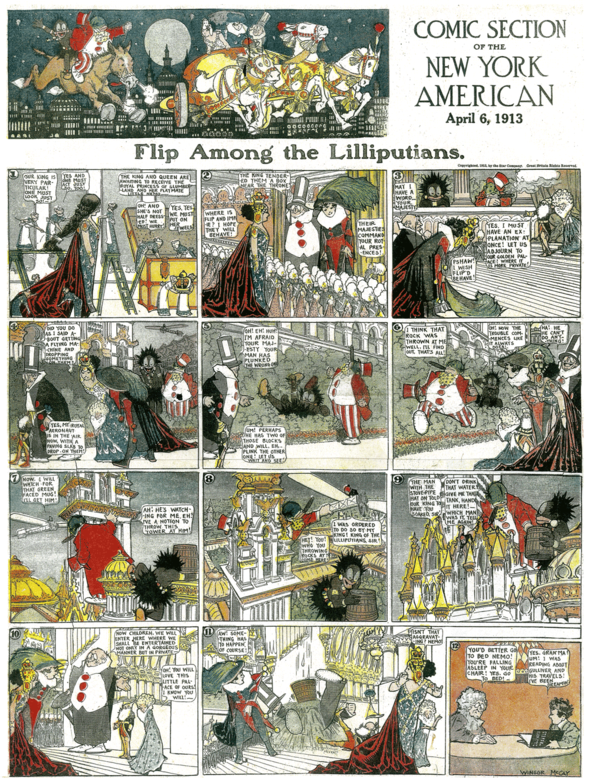 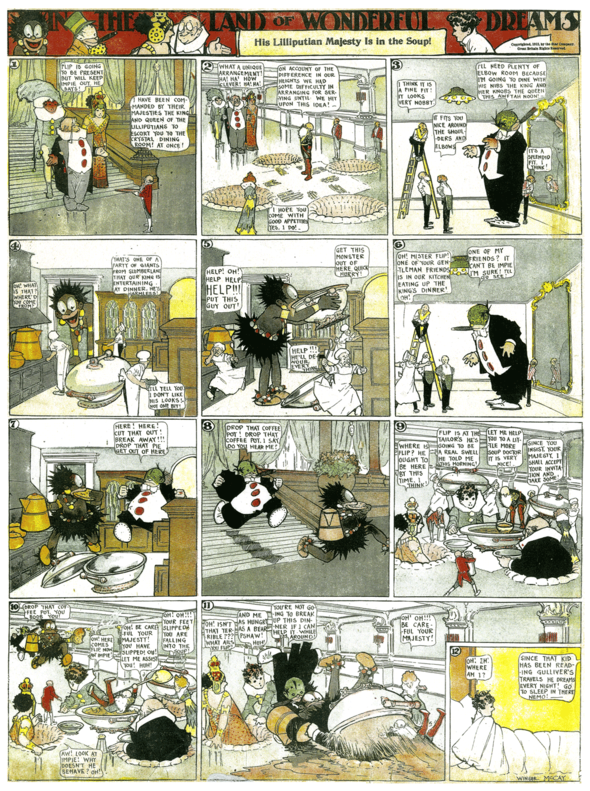 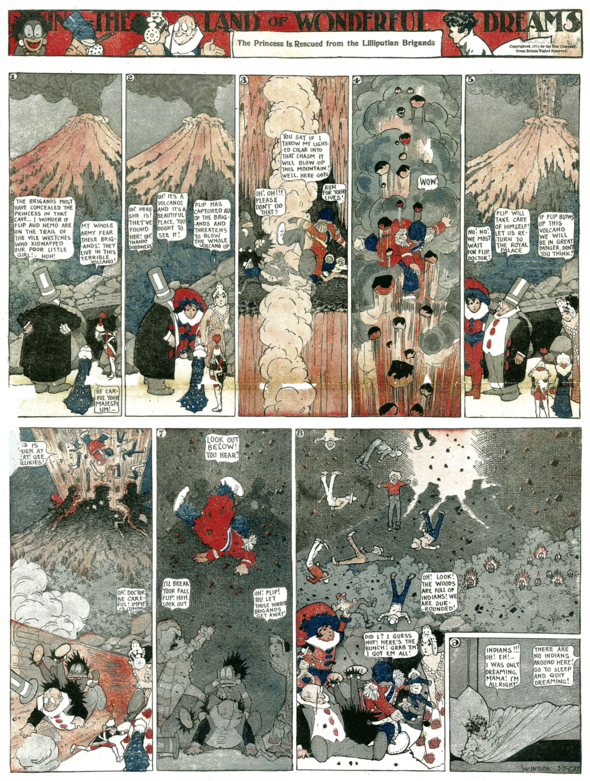 Have a busy or lazy Labor Day, whichever suits you most.

Ah, but before I go? Here's our Mail Bag:

To pipinseoul, pschearer, hyhybt-
When the General was first seen, Mort was just forming the whole Beetle-as-a-soldier theme. The finer points, like Halftrack’s exact rank, would be developed in the following months. As you see, at the very start, like most comic strip characters, the Beetle Bailey crew look very different at the beginning than they do now. In sixty-five years they’ve changed several times, in fact.
To Neil Robertson-
“Chigger,” Beetle’s kid brother, would be seen whenever he’d be home on leave, often at Christmas time. He’d also show up in the comic books. Perhaps they thought kids would like to see some other kids to identify with.
To Dan Magoo-
Mort Walker is a real gent. He deserves to be regarded as the greatest living American cartoonist. It’s hard to think of another artist ever gaining the exalted state Mort has. Mort has not only been responsible for -- or at least had a hand in -- many other strips, but has written several books about cartooning, including Backstage at the Strips and the Lexicon of Comicana, where he devised words for cartoon conventions. Did you know that sweat drops bursting off a nervous/scared character were called “Plewds”? Mort does!