News Around the Kingdom: Dustin Comes Home for Florida Cartoonist! 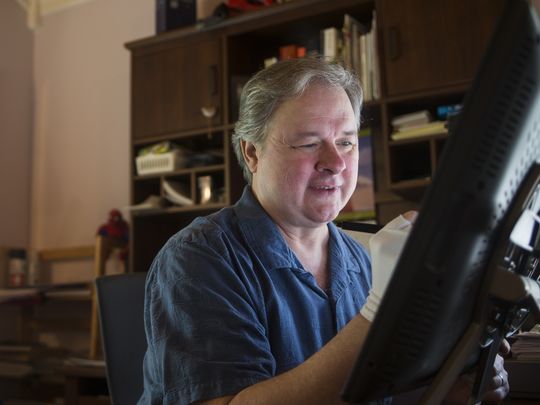 Jeff Parker shares some good news…”Dustin” begins appearing Sundays in The Tallahassee Democrat on July 24!  This Florida paper spoke to the talented and humble cartoonist (and Florida native!) in a recent article! 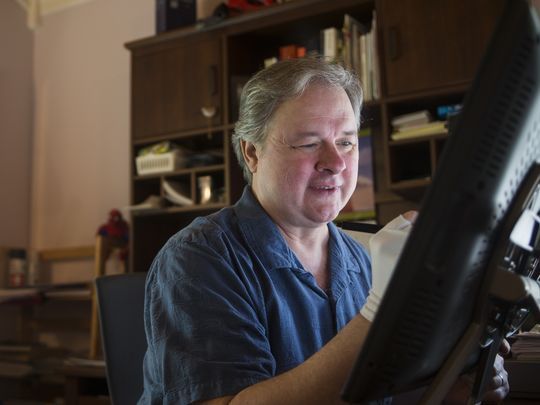 "Dustin" cartoonist and Florida native Jeff Parker at his drawing board!

Every so often you may be fortunate enough to meet someone who changes your life for the better forever.  Dan Piraro (“Bizarro”) fondly remembers an inspiring man in his latest blog post!  Read about their special friendship and how they met through a “Bizarro” cartoon! 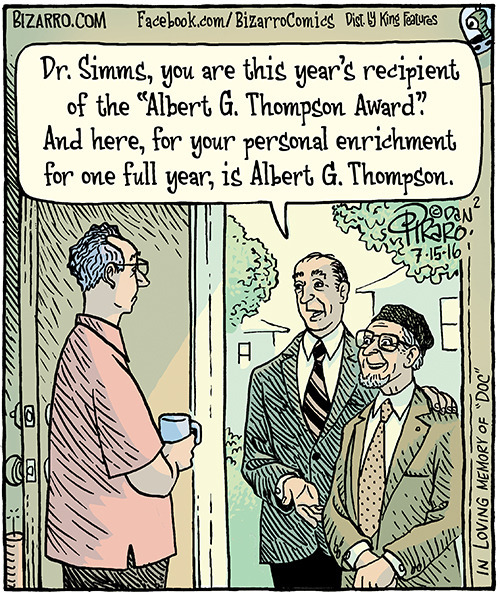 Brian Walker (“Hi & Lois”) looks back at when the comic strip first began using the panoramic or single panel format in 1965!

Hi & Lois in a panoramic format!

He also looks at “Beetle Bailey’s” winning qualities and the strip’s secret of popularity! 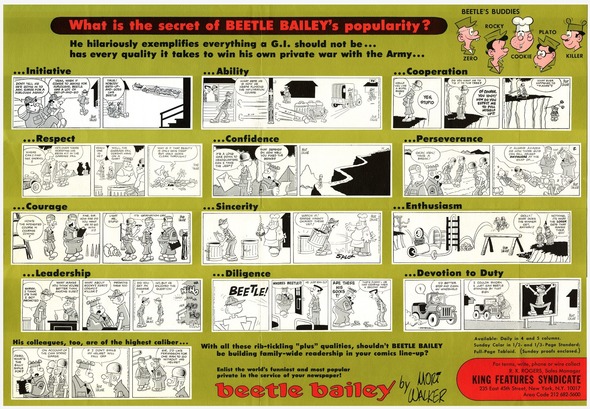 "Beetle Bailey" is about an army private with relatable qualities!

Congratulations to our Harvey Award nominees!  Patrick McDonnell ("Mutts"), Dan Piraro ("Bizarro"), and Bill Griffith ("Zippy the PInhead") have been nominated for awards this year!  The Harvey Awards recognize outstanding work in comics and sequential art, and are voted on by creators - those who write, draw, ink, letter, color, design, edit, or are otherwise involved in a creative capacity in the comics field.  Voting is open to anyone professionally involved in a creative capacity within the comics field!  If you fall into that category, please vote!

If you’re at the San Diego Comic-Con this weekend you can pick up an exclusive “Intelligent Life” poster personally autographed by David Reddick!  It’s colorful and fun! Get yours only at Comic-Con!  Look for the 18 X 24 poster by GeekdomWear.com at Booth #932! 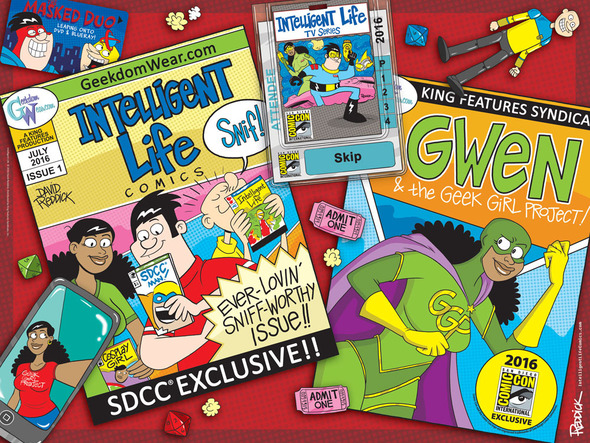 ALSO at the San Diego Comic-Con, this evening Friday, July 21, the Eisner Awards will be presented!  Good luck to our NOMINEES!...

Best Graphic Album—Reprint - Roses in December: A Story of Love and Alzheimer’s, by Tom Batiuk and Chuck Ayers ("Crankshaft")