News Around the Kingdom: Comic Etiquette Primer on Online Comments 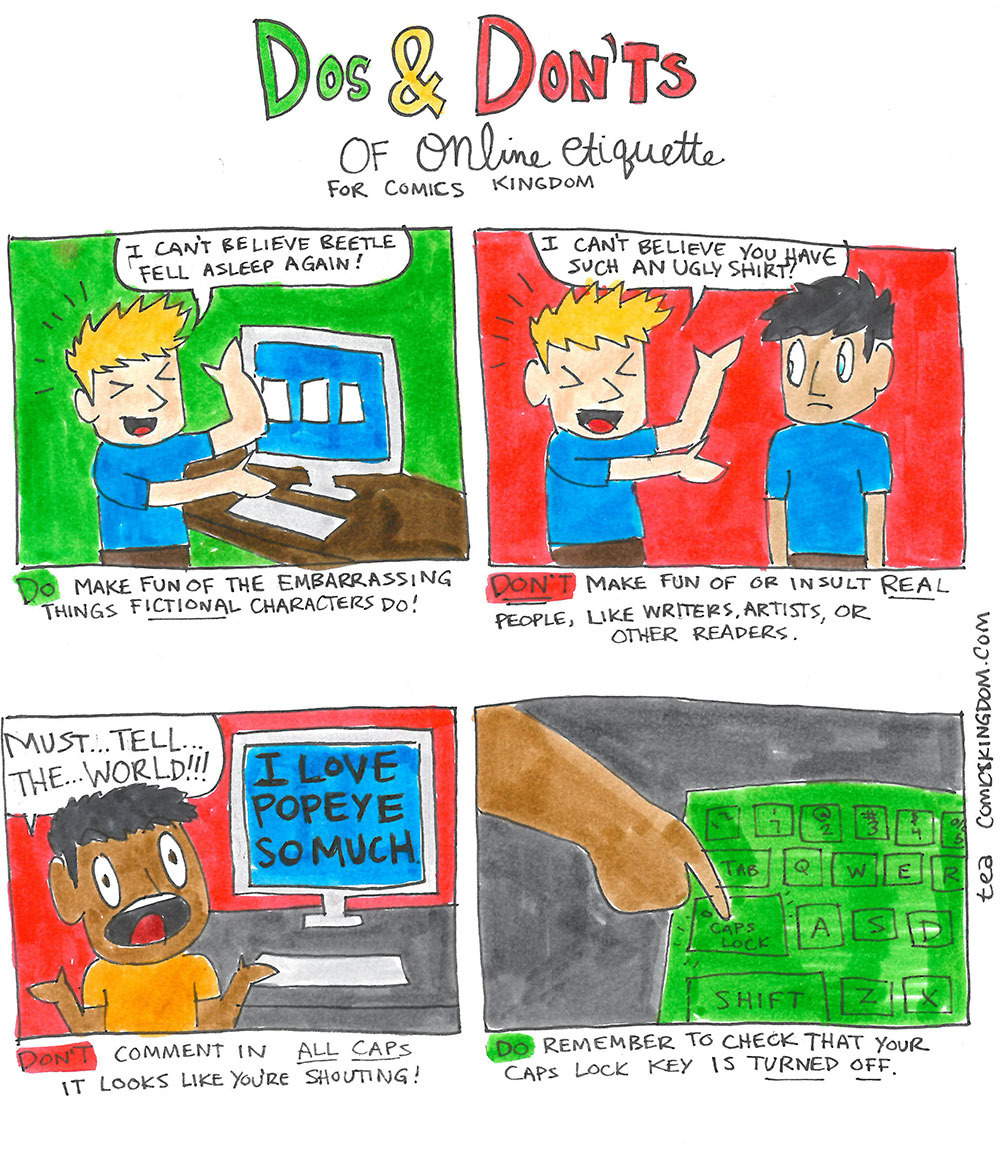 This week, we celebrated several special “holidays” not exactly recognized by Hallmark ? Middle Child Day, Left-Handers Day and World Elephant Day. All noteworthy of attention and respect in their own unique ways.

Earlier in the week, we provided a primer, in comic form, of proper online commenting etiquette in an effort to keep our online conversations and engagement fun and friendly. We are publishing it again below in case you missed it. 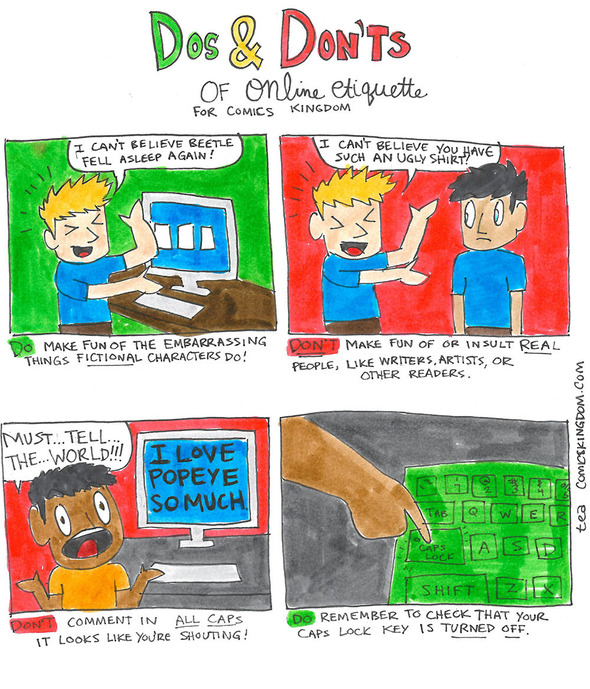 Online Commenting Etiquette on Comics Kingdom
In other news …

Finally, Brian Walker shares the first and only time that Sarge’s wife appeared in “Beetle Bailey” and posts Part 3 from his blog series on “Chip's Paper Route.”