Our loyal and royal fans have spoken and they want Popeye, the runner up in this year's heated Vintage Madness competition! Starting on Monday, June 15th, Royal subscribers will be able to enjoy “Thimble Theatre” when we add it to Comics Kingdom's Vintage lineup on Monday.

Cartoonist Jim Toomey (“Sherman’s Lagoon) and The United Nations Environment Programme (UNEP) have collaborated with the National Oceanic and Atmospheric Administration (NOAA) to showcase the Two Minutes on Oceans with Jim Toomey video series on NOAA’s Ocean Today Kiosks across North America. The Two Minutes on Oceans with Jim Toomey series of seven videos provide educators and the general public with scientific information about urgent issues facing our oceans today, as well as suggesting actions to address them. The first set of videos on nutrient runoff, wastewater, marine litter and climate change went live this week at the Smithsonian’s National Museum of Natural History in celebration of World Oceans Day on June 8th. 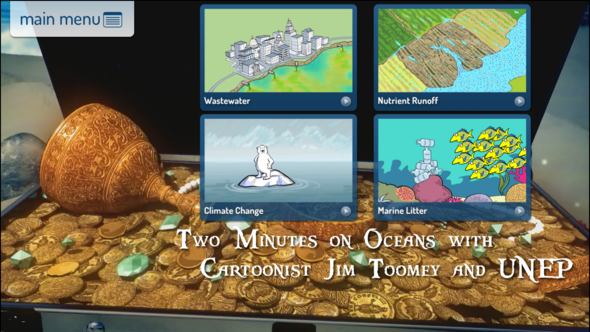 Karen Moy and Joe Giella post some artwork outside of their work on “Mary Worth.”

John Rose (“Barney Google and Snuffy Smith”) was honored with the Lum And Abner Memorial Award by the National Lum and Abner Society for his contributions to rural humor.

Brian Walker writes about life from the colorful perspective of Trixie Flagston of “Hi & Lois.”

Thanks for catching up on this week's News Around the Kingdom. See you again next Friday!