Ask A Millionai-- I mean, Cartoonist!

Today is National Be a Millionaire Day!

I'm extremely excited to go out in my Rolls Royce and smoke cigars made out of hundred dollar bills, so I asked the cartoonists to tell me what THEY would do-- or what their characters would do-- with a million dollars:

Zippy believes that BEING a millionaire and PRETENDING to be a millionaire are, essentially, the same thing.Of course, he applies that attitude to pretty much everything in life, which explains why he still hasn't heard from Donald Trump's lawyers, no matter how often he insults his hair.

Because Skull Cave boasts the Major Treasure Room with it's priceless historical artifacts and the Minor Treasure room filled to overflowing with precious gems, gold and silver it is assumed by many readers that The Phantom is wealthy beyond measure. That is not exactly how the generations of Ghosts see themselves.

The Phantoms throughout their legendary history are the custodians of this wealth. Wealth to be used for the benefit of mankind and to subsidize the Phantoms crusade against the lawless and the protection of the innocent and the helpless. Dr. Axel's hospital was built and is subsidized by generous gifts from Skull Cave.

Here's all of Ted Forth's plans for blowing his chance at financial stability. 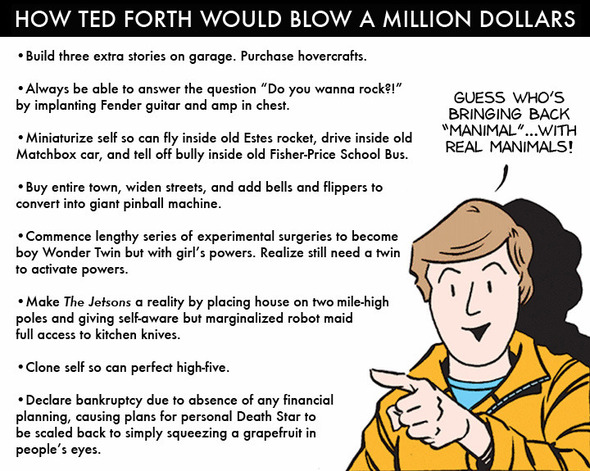 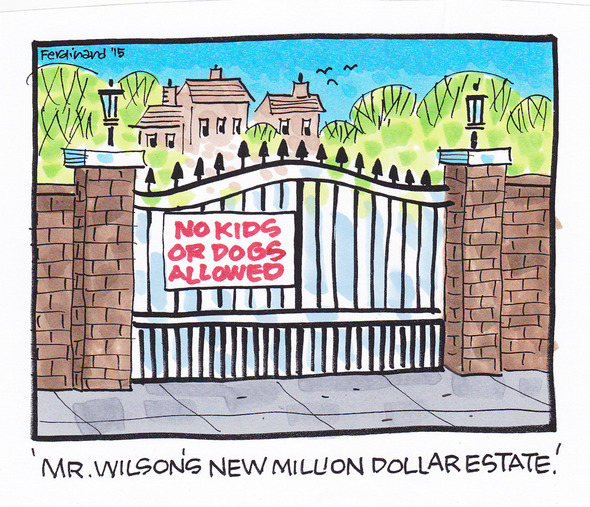 If the Smith family could find a way to market Loweezy's cooking, they'd definitely be millionaires!