The signs of spring are upon us, and with them: National Draw-A-Bird Day!

Did you know this was an actual day? I sure didn't. But hey, cartoonists LOVE excuses to draw birds, which is why this post is jam-packed with everyone's favorite bird drawings, past and present!!!!

So, before you pick up your pencil, pen, crayon or brush and join in, take a look at some of these fine feathered friends.

I had dinner with Sandra Bell-Lundy last night, and drew this on the table (the place had crayons and the tables were covered in paper so that people could draw)...that's a shadow of the base of my wine glass!

The second one i did in my sketchbook-- 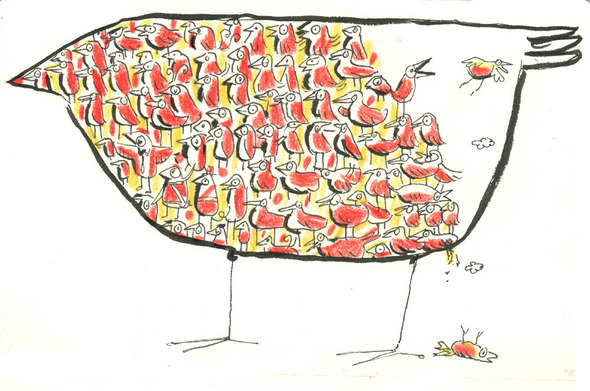 This is a crayon drawing of a bird drawn on the paper table cloth at Jack Astors at a recent get-together with a few cartoonist friends. Rina (Piccolo) was monopolizing the table with her cartoons (much to our amusement) so I drew this bird sitting on one of her cartoon bird's head. Rina didn't mind.

This was easy; Lenore from "Fastrack" and the dodos from "Safe Havens." 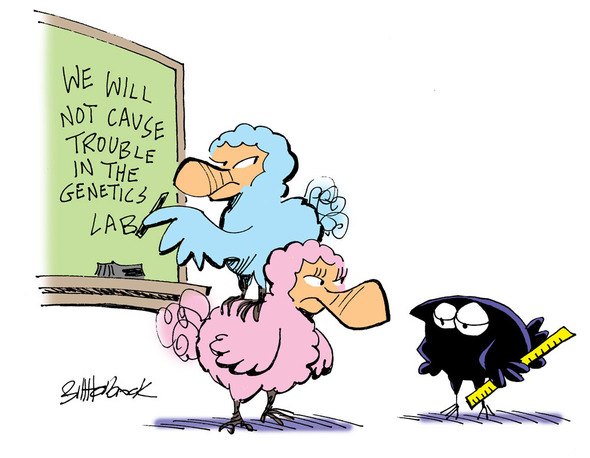 --Bill Holbrook, On The Fastrack and Safe Havens

Something I love to do in my sketchbook, usually with a fountain pen, is draw other characters that aren't mine, often from older animation or comics, but in my own style. Here's that 1950's big baby duckling "Baby Huey", MY way! Squawk! 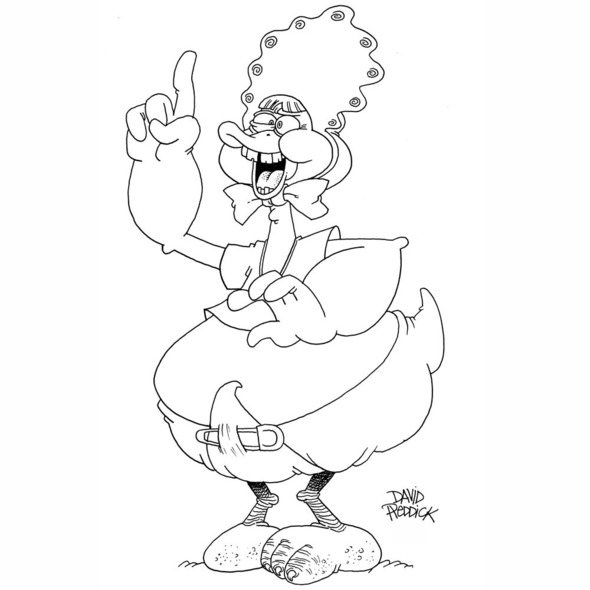 Here's a panel from the 8/31/2014 Sally Forth strip. The comments section called it a Mark Trail moment. 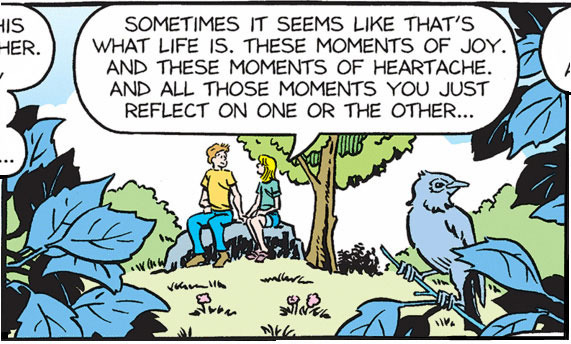 I draw birds fairly often in the Barney Google and Snuffy Smith comic strip, especially chickens and other birds found on a farm. In honor of National Draw A Bird Day, here are two of my favorite bird comic strips, they feature chickens, roosters and ducks.

But outside of the cartoon boxes, I have drawn (and painted) many, many birds in my lifetime . . . from hummingbirds and finches all the way up to eagles and pelicans. Here are three drawings I'm made over the years . . . two that have been on the endangered list, and the other on the edible list. 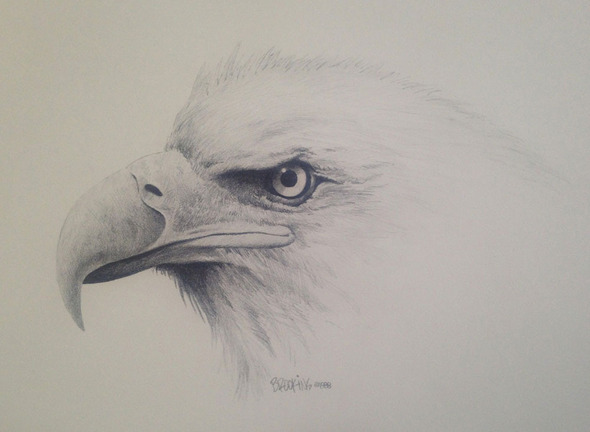 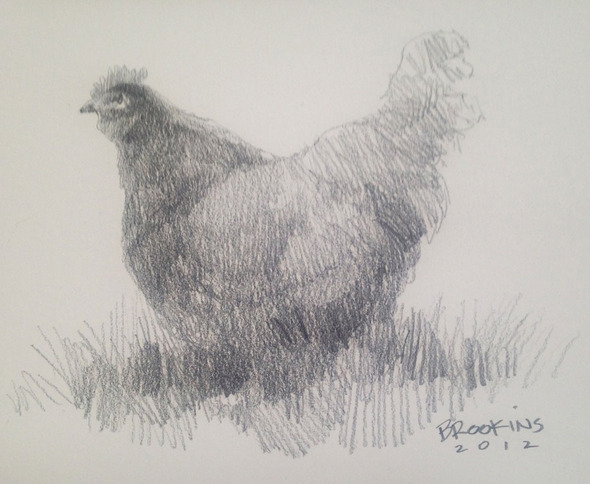 Zippy's relationship with Tweety Bird is long and weird.

Here's a header panel for my Sunday cartoons that is full of fanciful birds. I actually have a tattoo of these birds (without the words, dynamite or border) and get lots of compliments on it. I love birds of all kinds which is why I don't keep any as pets.

I draw lots of birds.

I love the robin because it is the gardener's friend and has a beautiful song at this time of year. 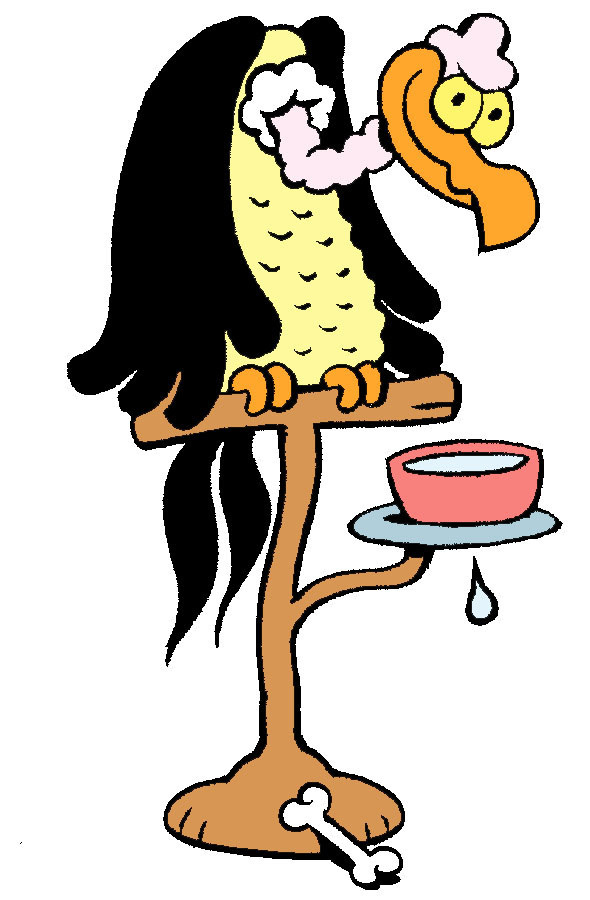 Here are a few birds in a panel from one of my early Rex Morgan Sundays.

During my decades as an editorial cartoonist here in Florida, I drew dozens of cartoons depicting Snowbirds. That's what we Floridians call mostly-retired Northerners who take up residence for several months of the year to escape winter.

Some Sunshine Staters love the annual Snowbird migration because of the boost to local economies, but many permanent residents here are annoyed by the influx of winter visitors, and grouse about traffic jams as well as longer waits at restaurants, and golf courses.

I drew so many Snowbird cartoons over the years, my two geese depicted here (on the left) became standard characters used over and over... This cartoon for The News-Press in Fort Myers was drawn just after hurricane Sandy wiped out the coast of New York and New Jersey. Ironic so many Snowbirds came to Florida that year to escape a hurricane, isn't it? 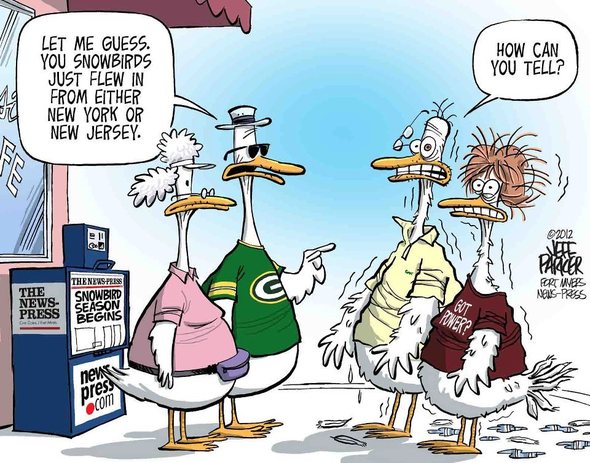 Back in 1995, when Mr. Ketcham was still critiquing my panels every day, we had a gag about Dennis seeing pigeons all over a statue in the park. Hank insisted that I do 3 different versions of the scene and he would pick the one he liked best. It was a great lesson in drawing pigeons from every angle.

Ultimately, he did his own version. 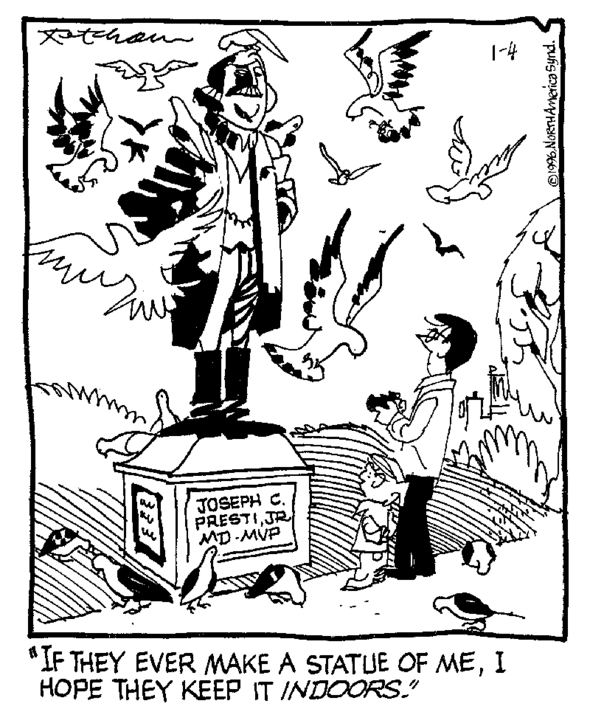 Here are several images of paintings that are in my current show at a gallery in San Luis Obispo. For some reason I started painting birds this time. 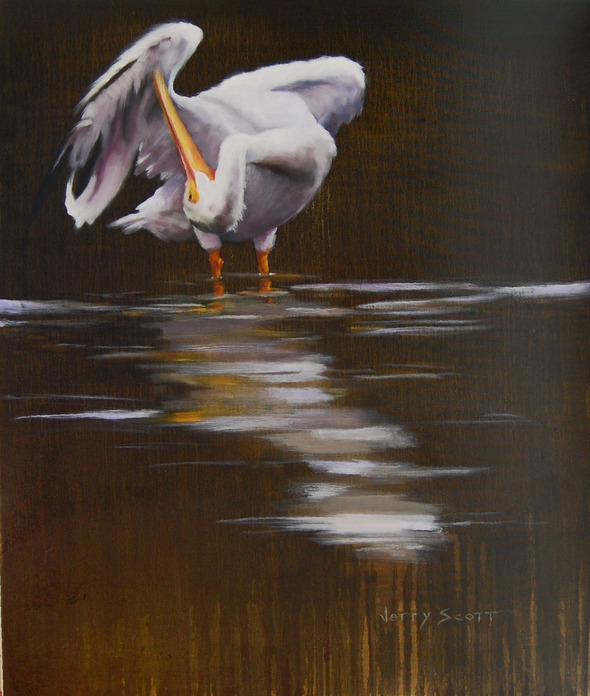 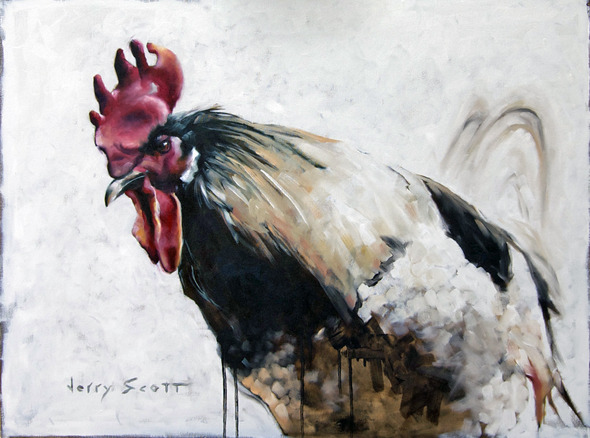 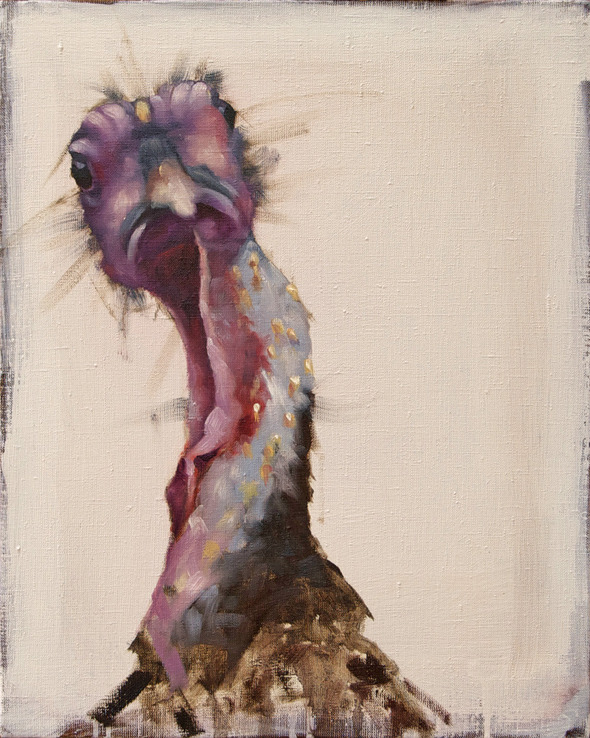 I just think vultures are some of the funniest birds because they are so unappreciated, like garbage men.

I love drawing birds. We feed a variety of them at our place. So, they are always an inspiration. This one ran recently.

And, of course, I couldn't help but get in on the fun myself: 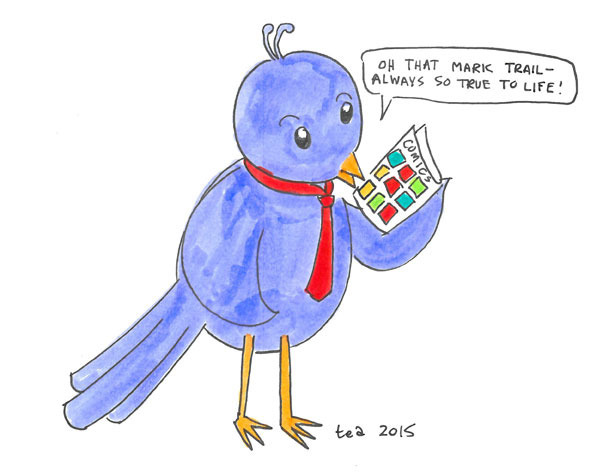 Your turn!  I was to see what kind of birds YOU draw today!!!