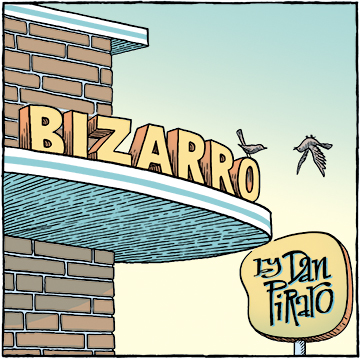 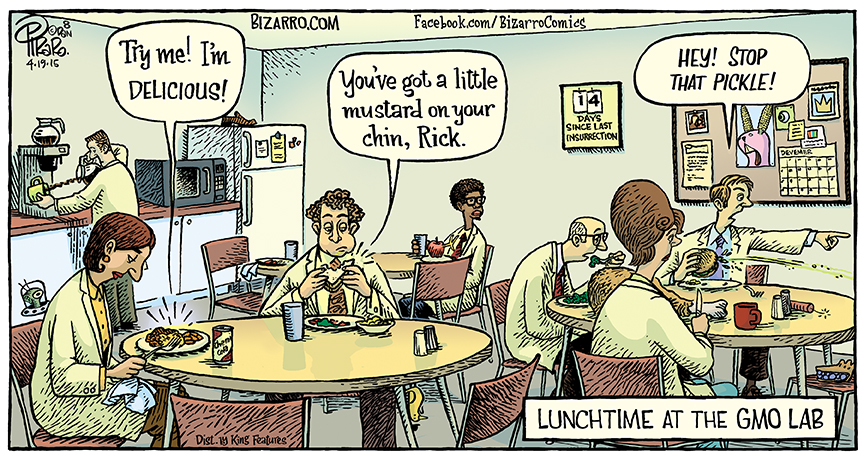 Bizarro is brought to you today by The Three Stooges.

A few years ago we had a very long and spirited debate on this blog about the dangers/benefits of GMO crops. People I trust were on both sides of the issue so in the end, I wasn't sure if I'm for or against them. Like most things, there are likely good and bad elements to the practice 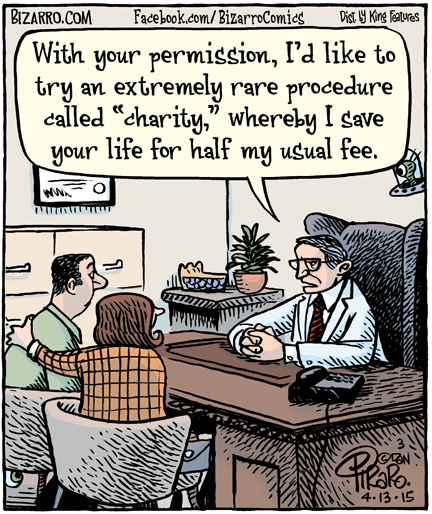 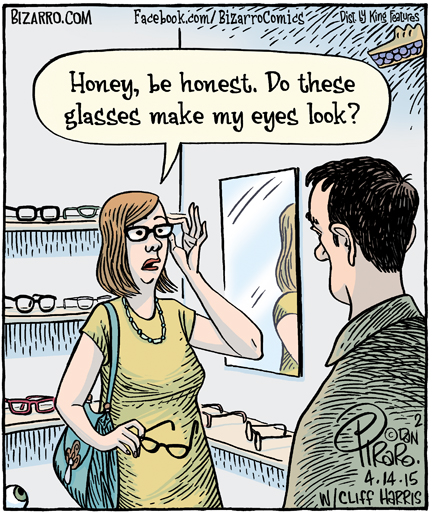 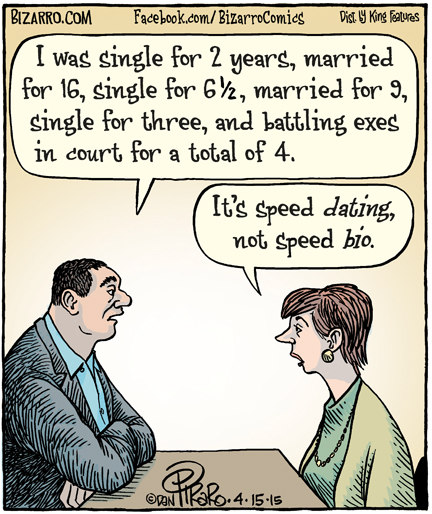 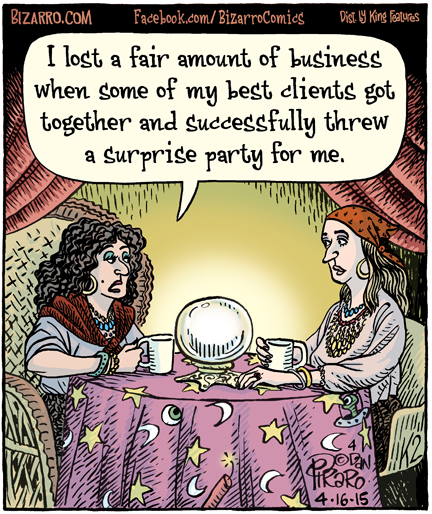 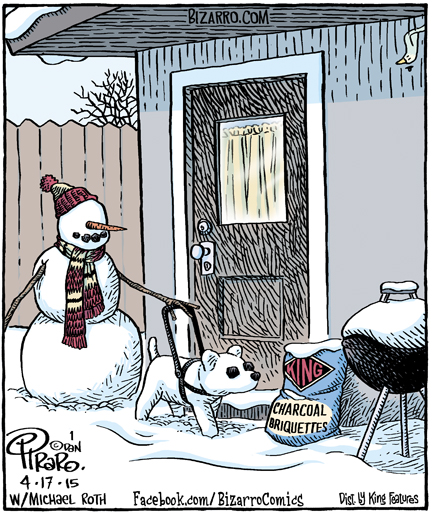 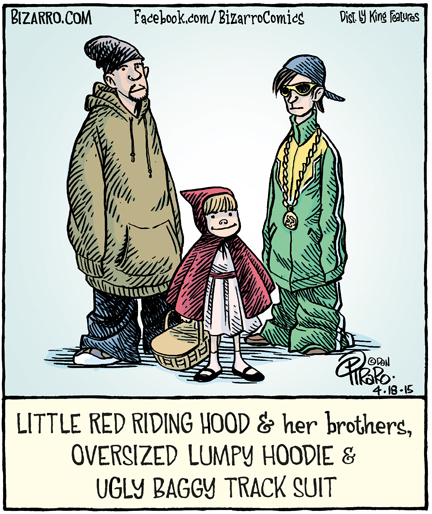 and there is definitely a lot of false propaganda about the subject. But this cartoon isn't about that, it's just a ludicrous look at a "what if" scenario. If this damn blog site is working properly, you should be able to click the image for a larger view so you can see some of the background elements better.

As for my other cartoons in the past seven days, let's sally forth...

Monday: The American health care industry is insidious in my opinion. Don't get me started.

Tuesday: An idea from my good buddy, Cliff The King of Wordplay. This one is so dry you'll need to reach for a cold beer after reading it, but that's what I like about it.

Wednesday: I've never been to a speed dating event but I've heard of them. It's where lots of single people all get together in a big room with lots of small tables for two and I guess you jump from one person to the next, spending just a few minutes chatting up each person and seeing if you get a spark that you might want to pursue later. I envisioned a "too much information" guy and used a rough version of my own romantic biography for his line.

Thursday: My buddy Rick and I were having lunch one day and the topic of being able to throw a surprise party for a psychic would mean he/she wasn't a very good psychic. We chuckled, I made a mental note and then later a cartoon.

Friday: My German pen pal and a writer in his own right, Michael Roth, tossed me an idea about a seeing-eye-snowdog and a snowman with no coals for eyes and I fashioned it thusly. It is sort of sweet with a touch of pathos. Heres an old favorite of mine from a few years back on a similar subject. Yes, it is late in the year to feature a snowman cartoon but my feature is called "Bizarro," not "Normalo."

Saturday: Just a bit of fun with a famous fictional character whose name is nothing more than a description of her clothing. I used it to make fun of two loooooooong-standing fashion trends that offend my eyes daily. As an artistic type, I find the poor fashion choices of others more distressing than others might.