Ask the Archivist: THANKSGIVINGS PAST

Happy day of thanks and feasting to all our readers!

Not much happening down here in the musty halls of the KFS archive. Like most Americans, I will be home, gorging on bird flesh, and thinking of the reasons we celebrate our country and the historical significance of this day.

If you’re old enough to have remembered when each Sunday comic strip got a full page, you must be pretty old, and I’ll guess you miss them.  So here’s three from that era. If you didn’t see these the first time around, have a giggle with your giblets today on us. 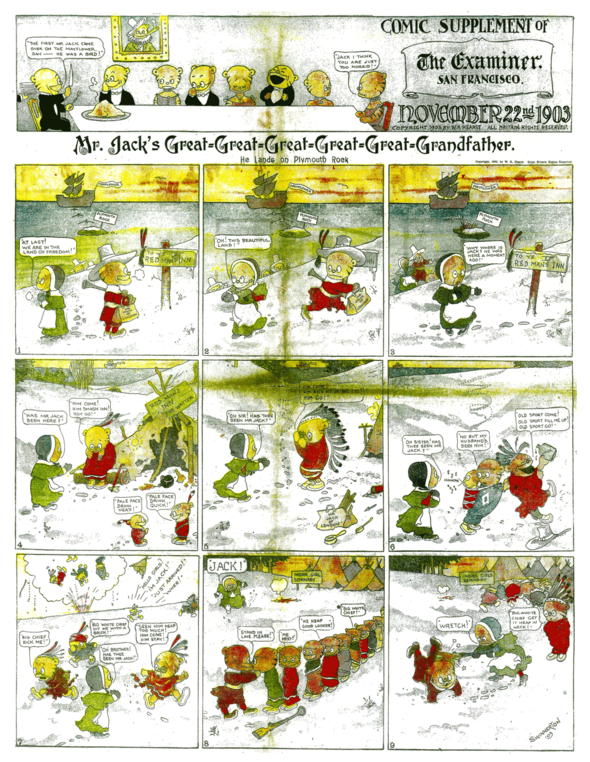 Mr. Jack recalls a day in Plymouth colony, showing he comes from a long line of rascals. 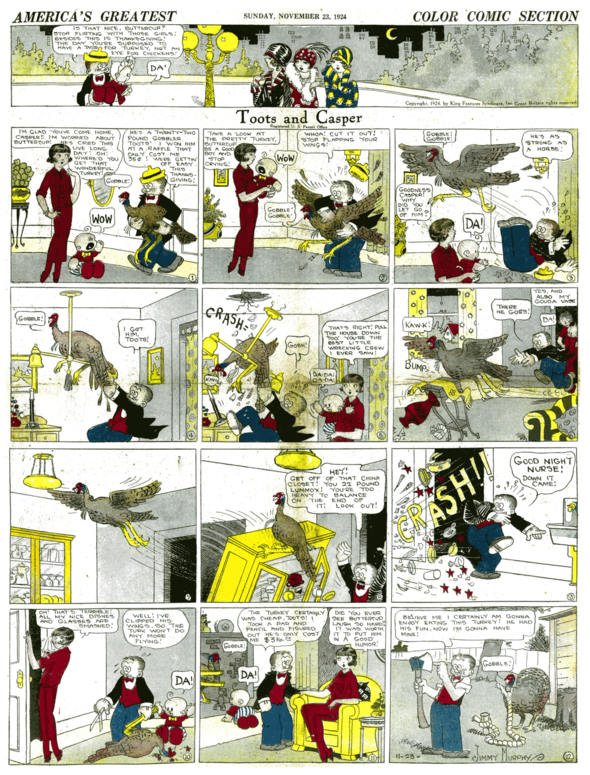 Toots and Casper show it’s hard to have a Thanksgiving starting from scratch.

Olive Oyl shows the boys a new way to get turkey.

Now, on to the Mail Bag:

I will do something with Apt 3-G next year, a post-mortem, you could say. There are fewer and fewer continuity strips as time goes on.

In the Foreign Legion, if I recall from my years of service, an act of heroism on the part of a non-native trooper could result in the honor of French citizenship bestowed on them. The Legion was pretty much the hardest deployment in any of the French military branches. This is not to say they were akin to the Navy Seals or some special ops types.  It was mostly miserable, brutal duty, usually spent in barbaric surroundings with little support, often in far-off colonies facing callous officers, among hostile natives and punishing climates.  It’s all so exotic and romantic, it just cries for the comedy of Crock.