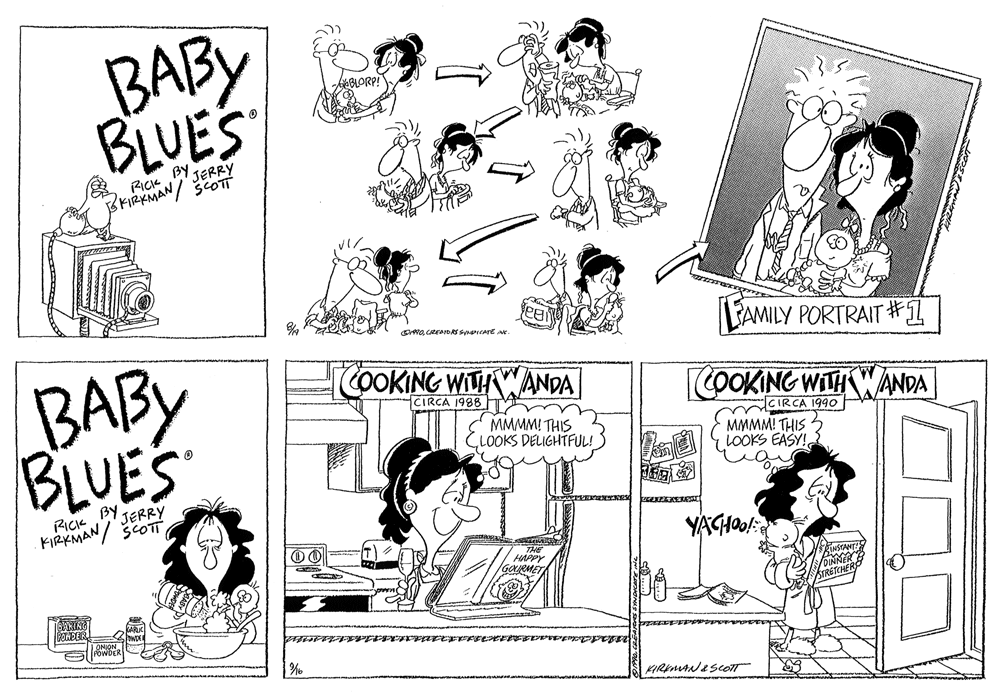 The strip, BABY BLUES, by Rick Kirkman and Jerry Scott has passed its’ first quarter century. It is hard to believe how times flies, but it started twenty five years ago yesterday, 7 January 1990. It was distributed by Creators Syndicate then, and joined King Features Syndicate in January 1995.

Years before Hammie and Wren appeared, the travails of bringing up a baby were first experienced by the MacPhersons with Zoe. The gags covered all of the problems encountered by first-time parents, who had to learn as they went along. They dealt with crying all day and night, diaper changing, and an unfortunate tendency of the baby spitting up on people. All parents can identify with their plight.

Here’s a look back at the first year of “Baby Blues” with some selected strips from the archives. 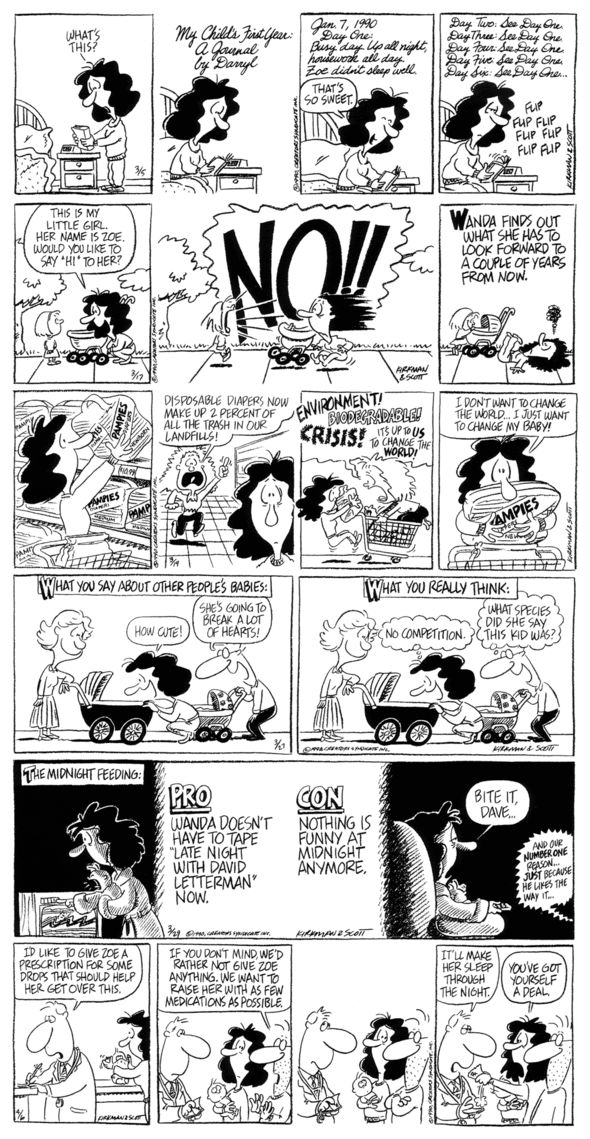 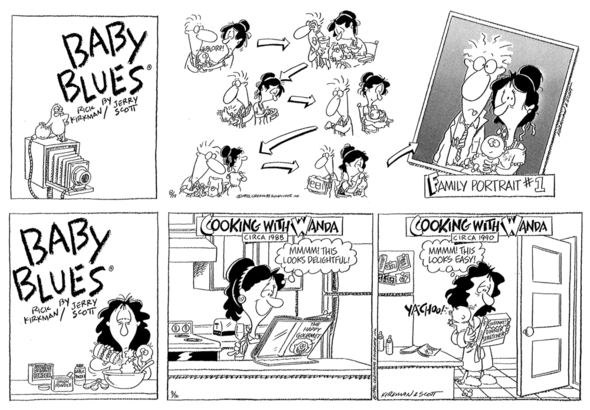 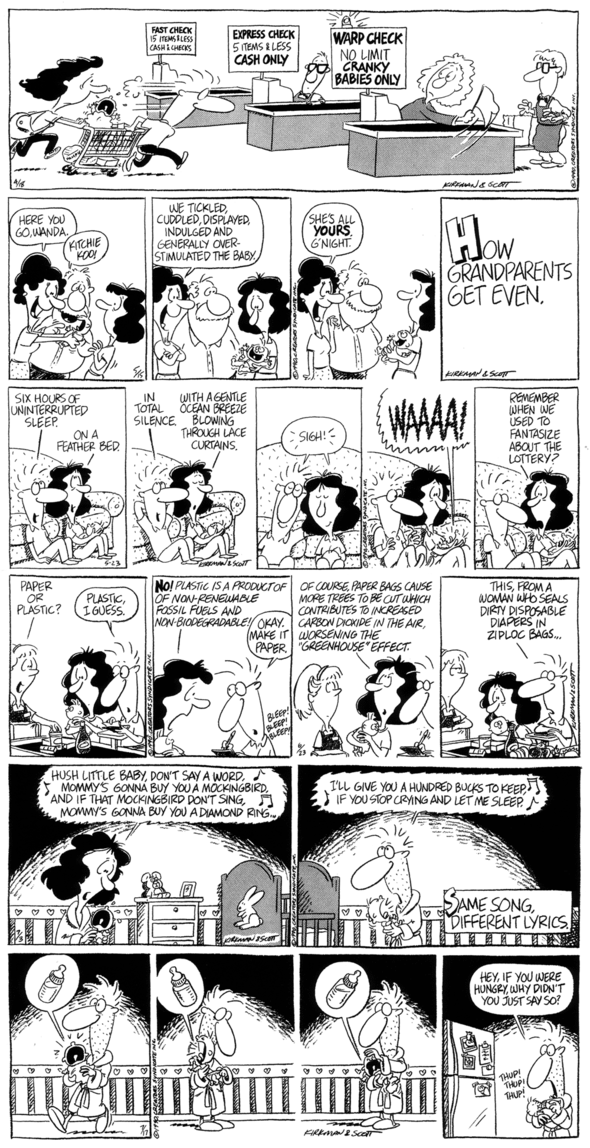 Let us make a milk bottle toast to 25 more years!

Moving on to readers' comments to last week's post ...

Thanks for the well wishes; keep tuned in for more exciting King Features content.

Muggs McGinnis was kind of a knock off Skippy, though a lot less overburdened with Crosby’s dreary whole strip-consuming lectures about the unfairness of existence, Muggs was just a poor kid having kid problems and kid fun with his pals, sort of like Our Gang.  In the 1930’s, another lad was added to the title to become Muggs And Skeeter, which lasted into the 1970’s. I’ll have to give him a post of his own sometime.

Yours for a bright 2015,
THE ARCHIVIST