Ask A Cartoonist: The Importance of Friendship

Tomorrow is International Friendship Day, so this week's "Ask A Cartoonist" poses the following questions to our cartoonists:

How important is friendship in your comic?
What is important to you about friendship?
What sorts of things make a good friend?

“I'm lucky to have great friends who don't spend their time glued to their phones when we meet up!”  — Alex Hallatt (alexhallatt.com)

“Zippy & Griffy are close friends. To keep the friendship fresh, they occasionally pretend to not know each other.”  — Bill Griffith, “Zippy the Pinhead”

“An interesting friendship in “On the Fastrack” is the one budding between Dethany and Fi...not that Fi would ever say that out loud. Not intentionally, anyway.” — Bill Holbrook, “On the Fastrack” 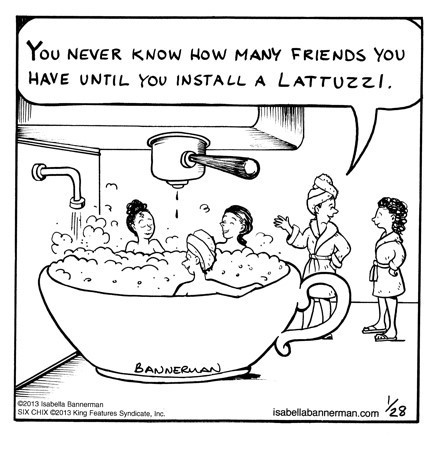 “A somewhat cynical take on the old expression, ‘You never know how many friends you have until you own a beach house.’

I don’t have a beach house or a cappuccino maker, and I’m pretty sure my friends are a kind of pissed off about that.” —Isabella Bannerman, Monday cartoonist of “Six Chix”

“Last summer, Mary formed a friendship with a young girl named Olive.  In addition to being wise and compassionate, Mary is also a good listener.  This proved to be especially helpful with Olive who needed special attention because of her out-of-the-ordinary gifts.  Mary’s friendship with her is a beautiful example of how children benefit from teachers who believe in them.” —Karen Moy, writer of “Mary Worth” 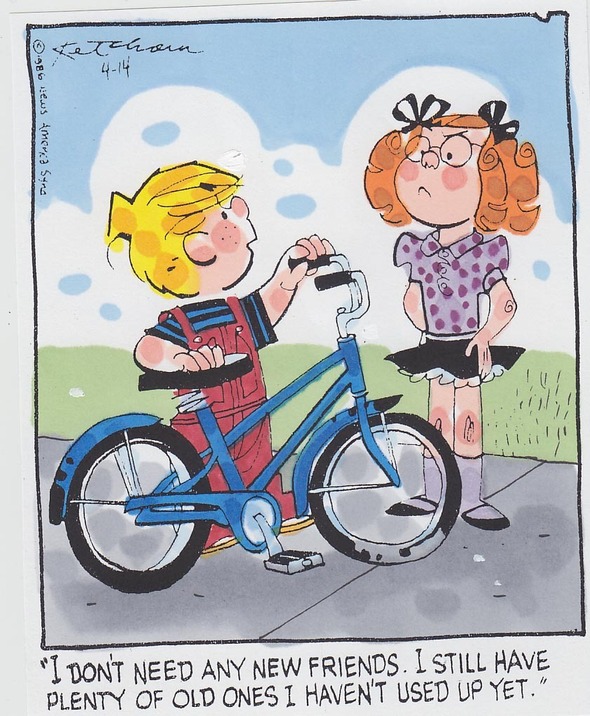 Dennis the Menace on Friendship

Last but not least, Dennis has a pretty unique take on friendship in this Hank Ketcham Klassic submitted by Ron Ferdinand.

Have a great week!