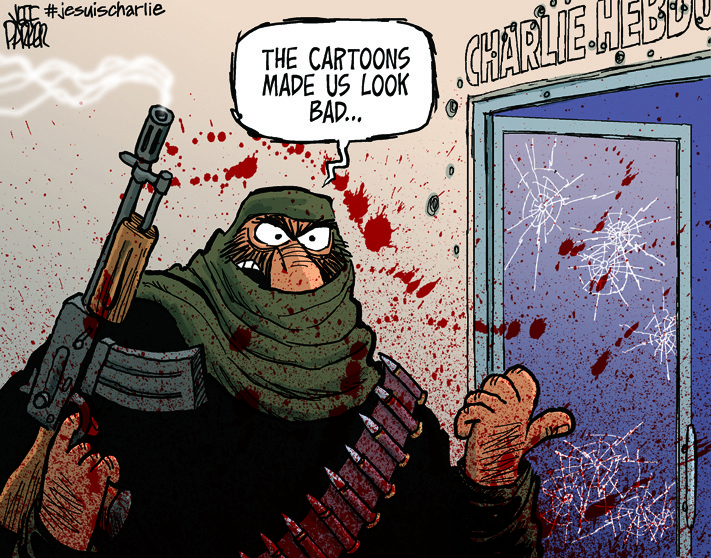 On Tuesdays, we typically post a Top Ten list of comics based on a certain topic or theme.  This week, we will depart from our usual list-sharing to pay tribute to the victims of the Charlie Hebdo attack and those affected by the shocking series of horrific events that rapidly unfolded in Paris, France last week. Below is a collection of cartoons drawn by King Features cartoonists in response to the attack of French satirical magazine Charlie Hebdo on January 7, 2015. 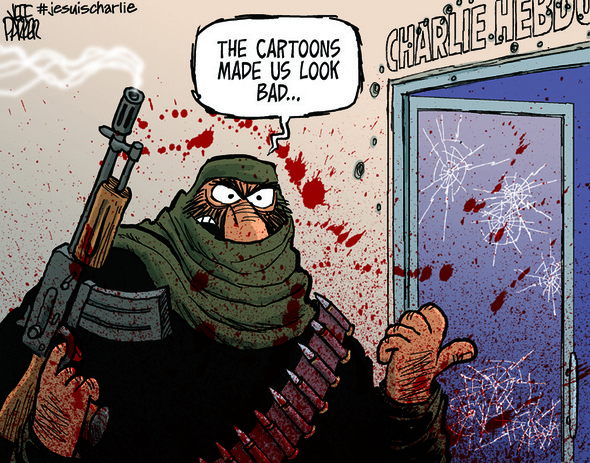 “I haven't drawn an editorial cartoon for more than a year, thought it was time to pick up my pen again.” — Jeff Parker 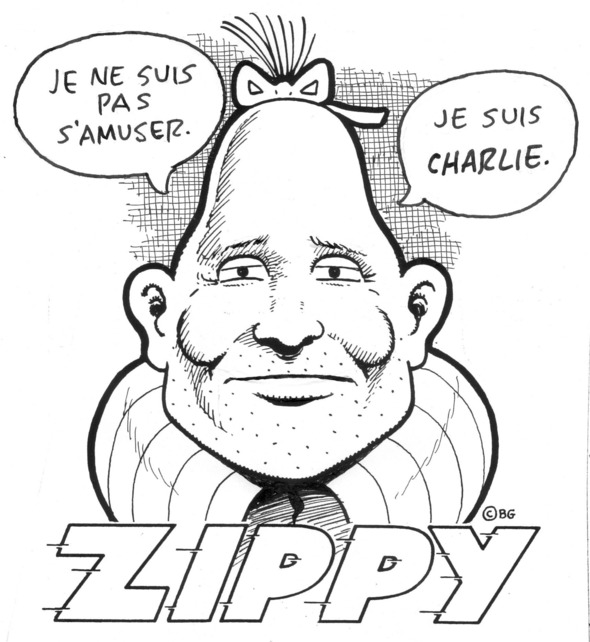 Bill Griffith shares Zippy the Pinhead’s poignant response of “Je ne suis pas s’amuser,”
which translated means, “I am not having fun.” 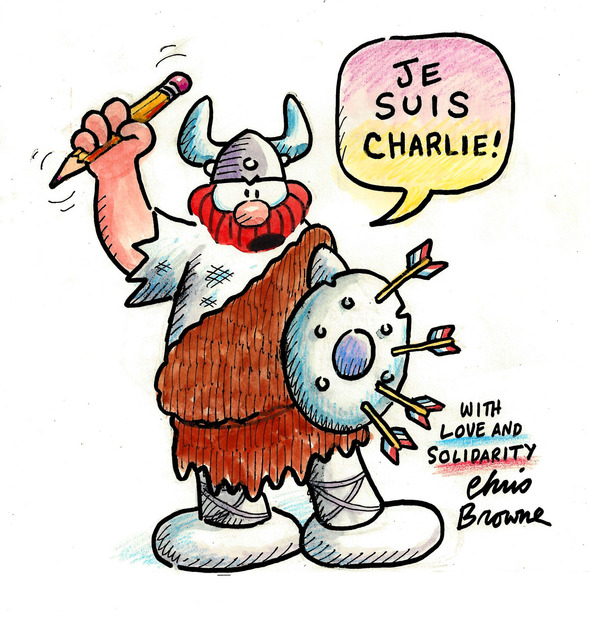 Chris Browne draws Hagar the Horrible standing in solidarity with a pen in his hand instead of his usual sword. 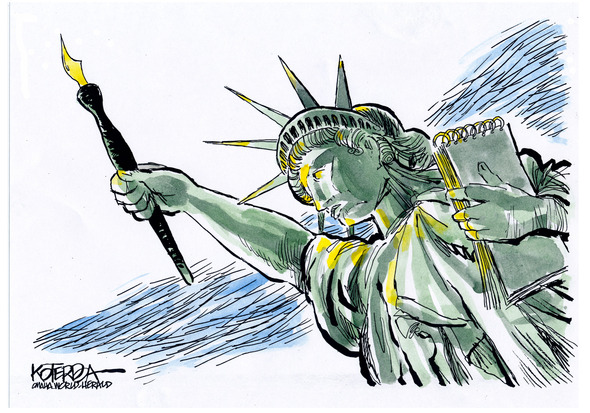 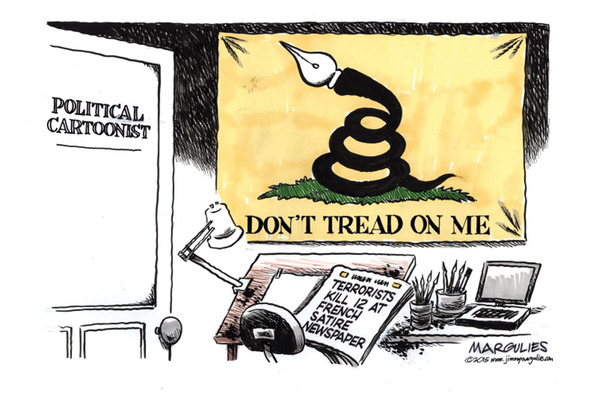 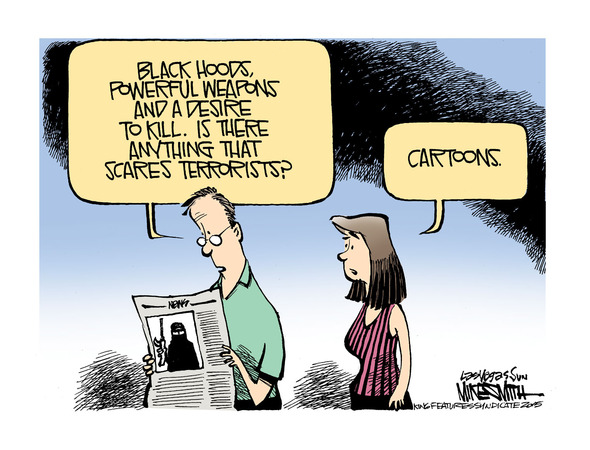 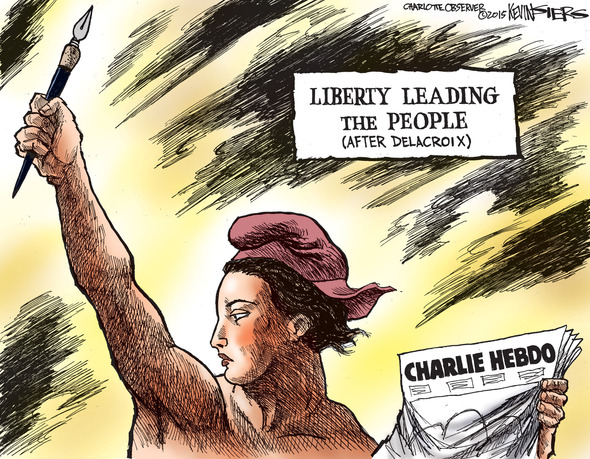 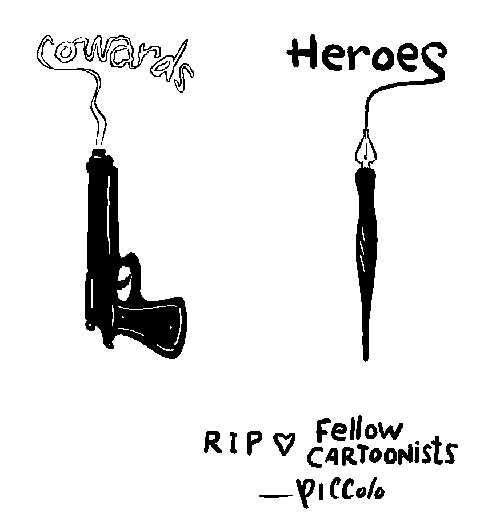 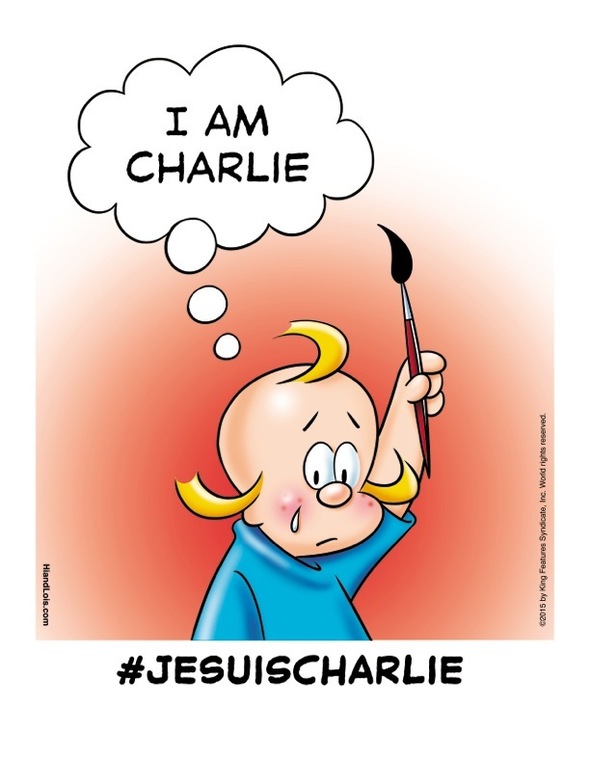 Eric Reaves drew this cartoon of Trixie on behalf of the “Hi & Lois” creative team. 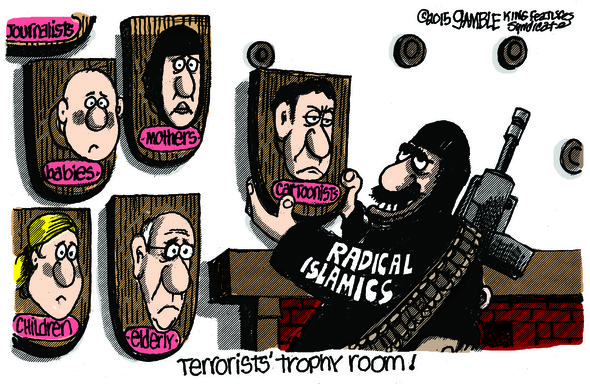 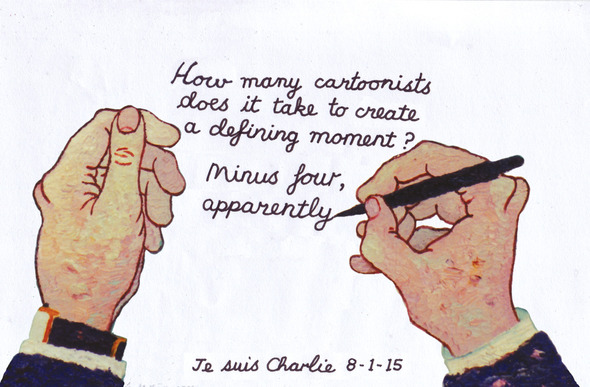 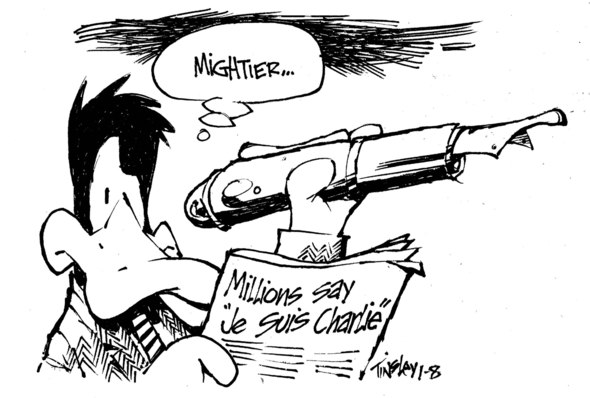 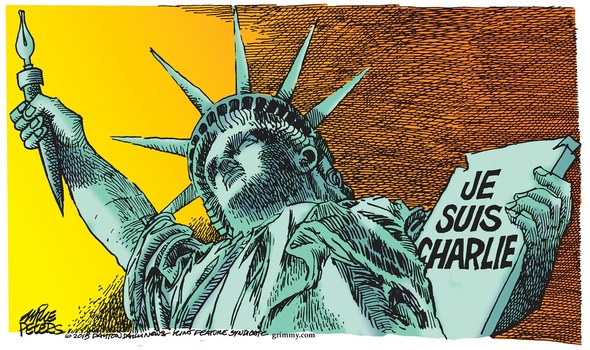 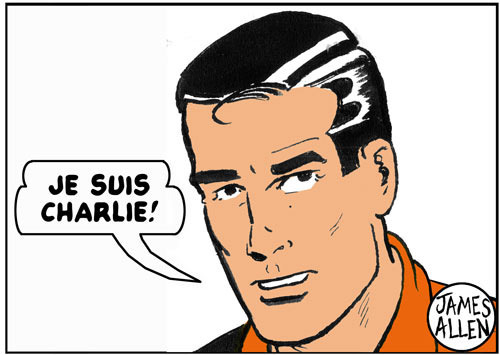 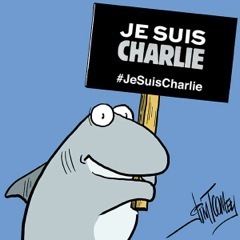 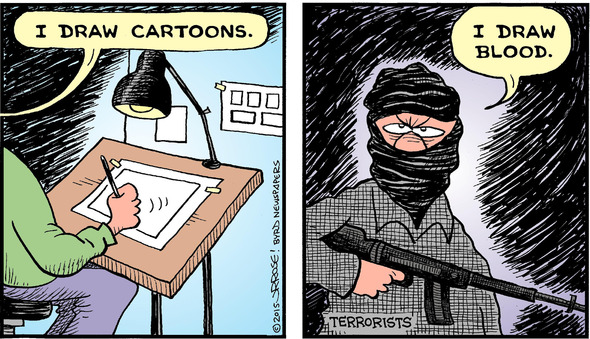