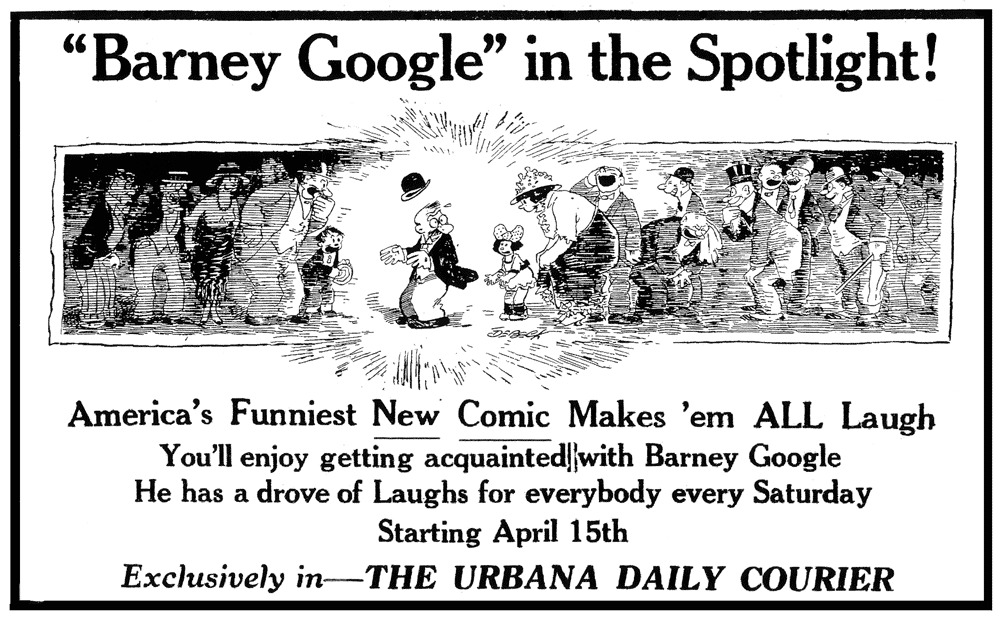 Billy DeBeck’s immortal creation, “Barney Google and Snuffy Smith,” began 95 years ago this week. Barney Google is well known for his exploits with the improbable champion race horse, Spark Plug, and his long association with cranky mountain man Snuffy Smith. See here. But before all that, at least for a few years, Barney Google was a family man and a (barely) working class character. 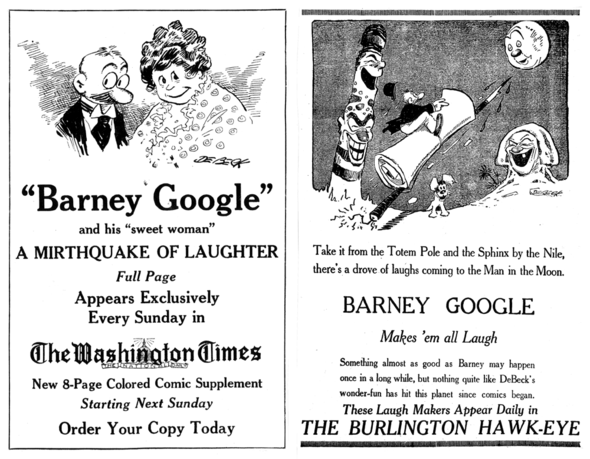 Early promos for BARNEY GOOGLE from the pre-Spark Plug days.

Barney had a wife, a stout woman known as “Sweet Woman,” and a young daughter named “Gwenny”. When DeBeck started the series, he wanted to make it as different from his previous series done for the Chicago Herald (The J. Keeley Syndicate), “Married Life,” which featured a miserable couple named Aleck and Pauline. They were thin, haggard and old looking, and they argued endlessly. Barney looked a lot like Aleck at first, but he became shorter over time. Sweet Woman was more attractive, and perhaps, more gentle that Pauline. “Gwenny” was seen in 1919 strips, but much like Snuffy and Loweezy’s baby who was only seen in their earliest appearances, Gwenny vanished after only a few weeks. See here.

Another promo with art prepared in 1919, showing Barney's daughter.

Barney was much like his predecessor, character-wise. An audacious fellow with virtually no scruples against cheating, stealing or thoughtless acts of cruelty for even the most miniscule benefit. But, he also lives in an impolite world where everyone else is as greedy/corrupt/hungry as he is. The comedy is mainly to see just how much gall Mr. Google will show in a given situation. He often gets humiliated or a few lumps for his conduct, but he gets away with it enough to keep encouraging him. 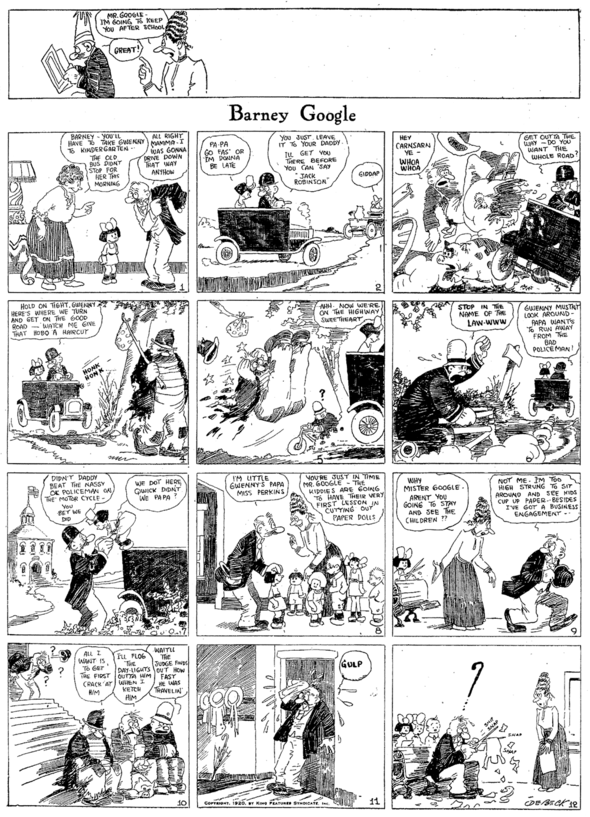 Though the Sunday version began in March 1920, this one run on 26 of September, was drawn back in 1919 as a test for a potential Sunday series. By the time the Sundays went into production, “Gwenny” was long gone. Also, the choice of type font for the title was changed. 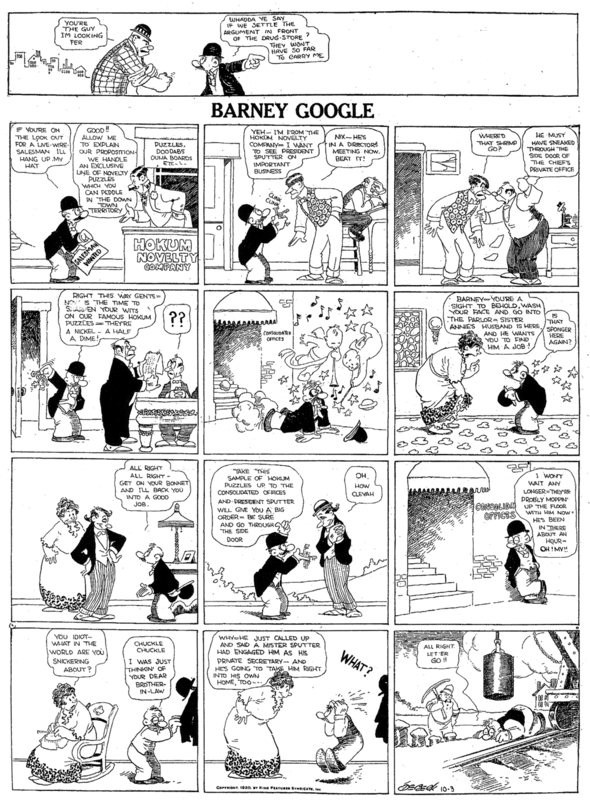 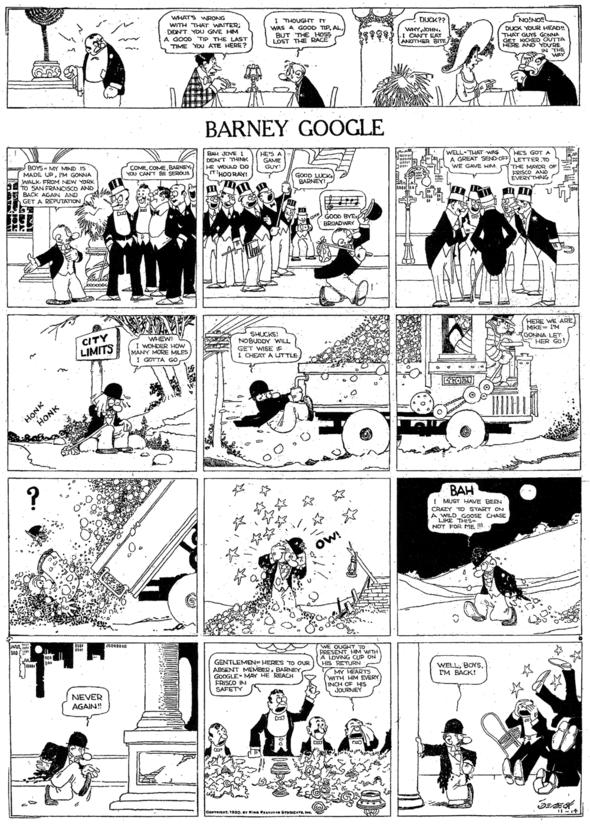 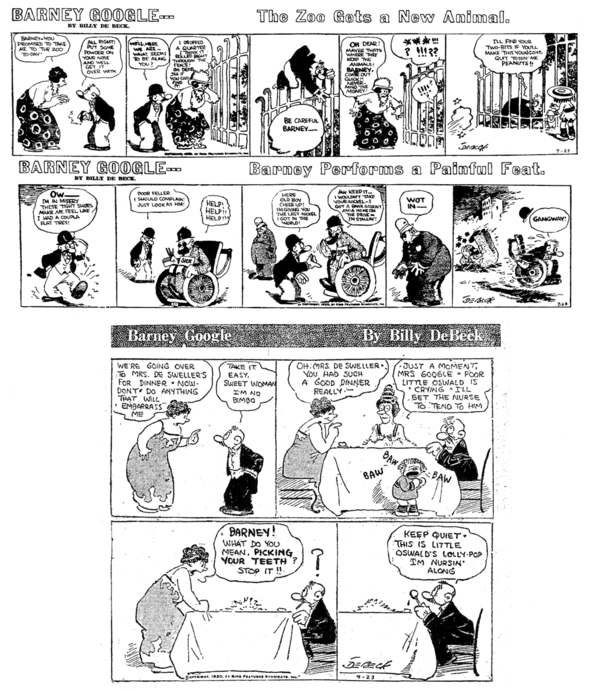 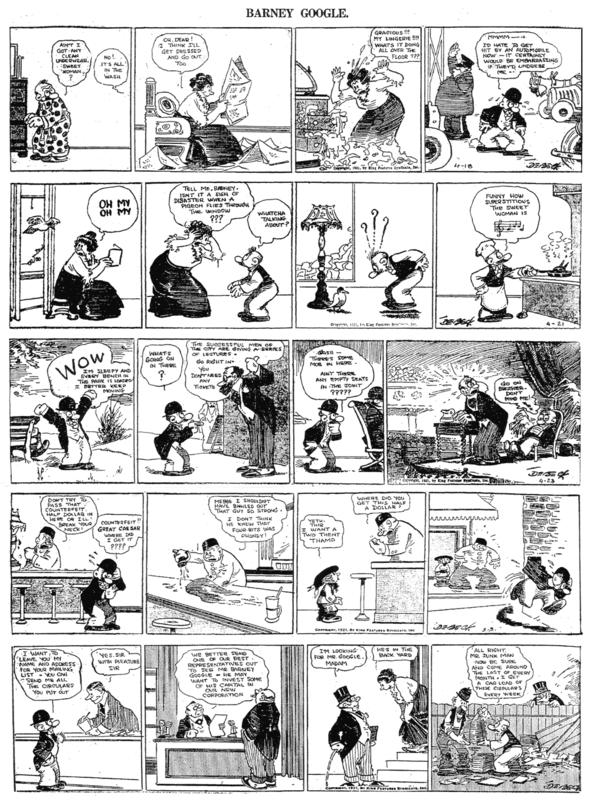 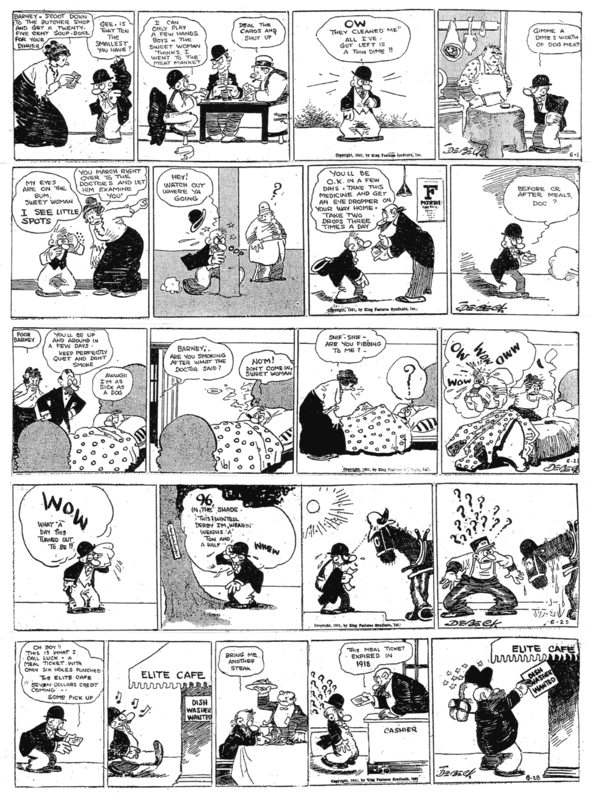 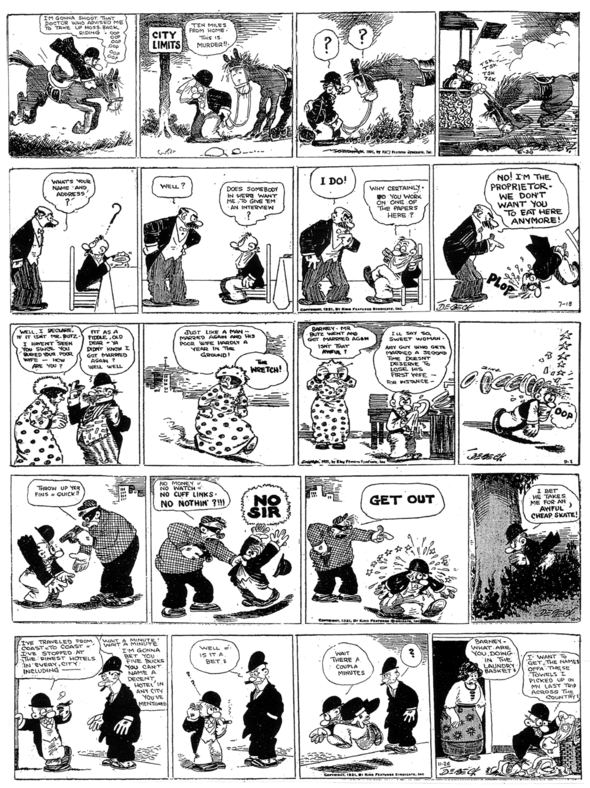 By 1922, DeBeck had probably just got tired of the little obnoxious man with the (as the song “Barney Google” states) “wife three times his size,” and so dropped the one- off gags to develop Barney into a comedy continuity with Spark Plug. I guess Sweet Woman went to wherever Gwenny was after that.

Mr. Weber is a longtime acquaintance of yours truly, and despite this, I still intend on doing a page on him later this year.

We really haven’t developed the new Mandrake project much further than the discussion phase, but as plans advance, you’ll see more about it in the Comics Kingdom pages.