Ask the Archivist: Finis to THE BETTER HALF 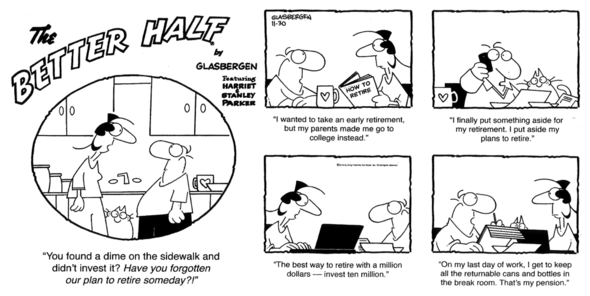 Today’s entry is about a panel that in a little more than a week will become history, THE BETTER HALF. I wrote a post, just about a year ago on its early years, under creator Bob Barnes. See HERE.

The years after Barnes’ demise were filled by other cartoonists, including Mrs. Barnes and a fellow named “Vinson.” The final artist on the series turned out to be its longest—serving for 32 out of 59 years. 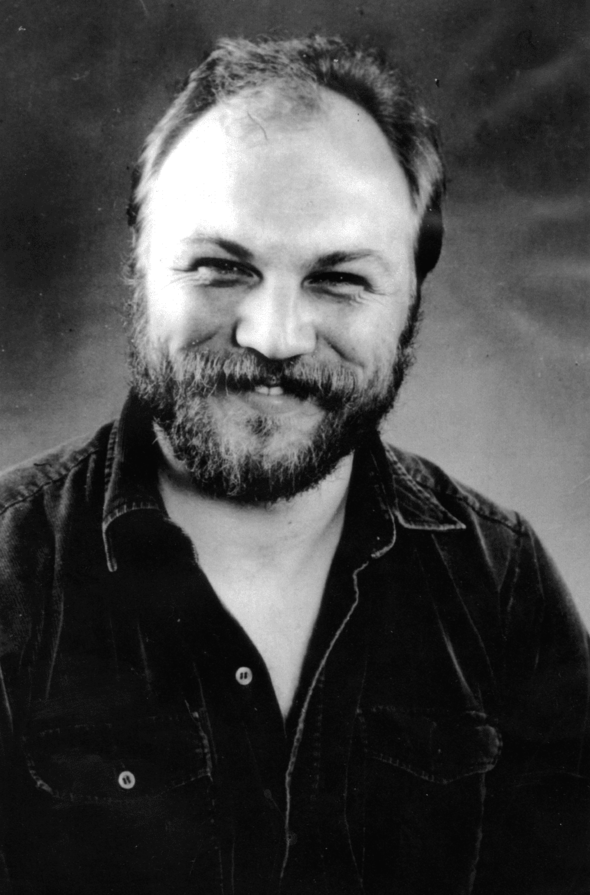 The cartoonist is Randy Glasbergen, a hard-working native of central New York state who has done a wide variety of work including: magazine illustrating, greeting cards, newsletters, ads and digital websites. He’s written several books, including “How to be a successful cartoonist.” 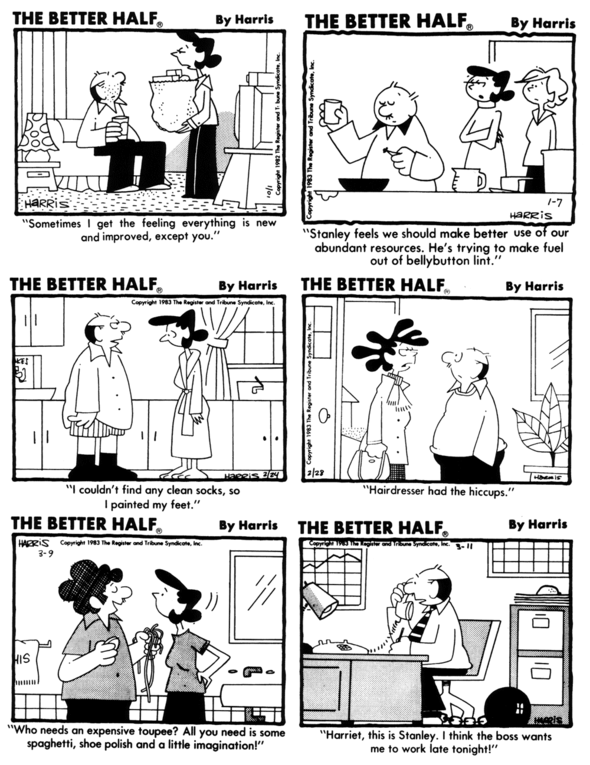 His tenure on THE BETTER HALF began with the daily of 1 October 1982 and the Sunday beginning 28 November. At first, he used the nom de plume “Jay Harris,” but dropped it in February 1993. 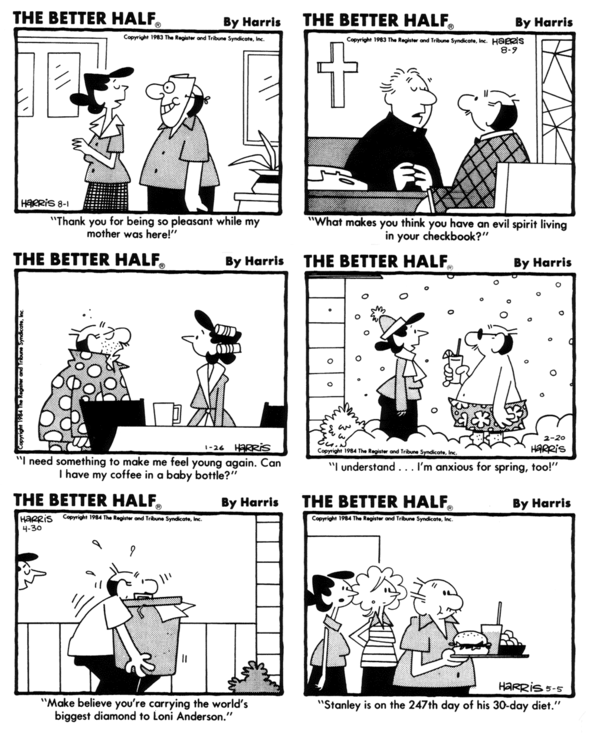 Glasbergen’s version of Harriet and Stanley Parker was far different from the Barnes years. Instead of the stream of smart-alecky cracks the couple used to exchange, now an element of wild exaggeration, or even fantasy could occur, usually at Stanley’s expense. Food and diet jokes have always been one of Glasbergen’s favorite themes—in fact, he has a syndicated panel on that topic.

His art style is not a close match with Bob Barnes either.  However, by the time Glasbergen took over, it had gone through several changes. In the examples I show here from the 1980's, it can be seen how the couple have gotten slowly wider and more angular. 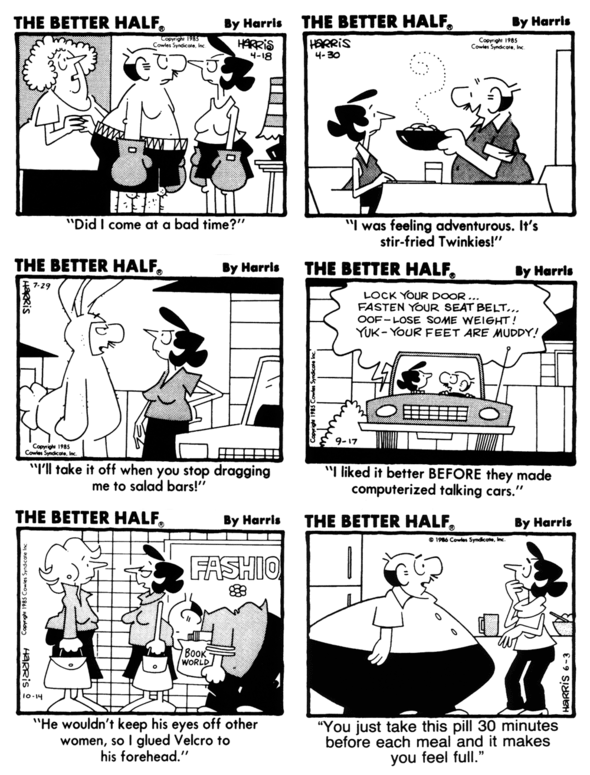 In the final example shown, their appearance has changed dramatically again.

The final installment of THE BETTER HALF will run on Sunday, November 30, 2014.