Ask A Cartoonist: Beam Me Up!!!

Two of our cartoonists are particpating in "Beam Me To Mars," an exciting project that is sending nearly 90,000 messages to Mars.

Our very own John Hambrock, of “The Brilliant Mind of Edison Lee”, and Terri Libenson, of “The Pajama Diaries,” are going to have their comics included in Beam Me Up's celebration of the 50th anniversary of NASA's first mission to Mars on Mariner 4 taking place on Friday, November 28 (also known as Red Planet Day).

John wrote a blog post on the Edison Lee site, which you can read here.

In preparation for the event, I asked all of our cartoonists which comic THEY would send to Mars, given the opportunity, and what message they'd send to accompany it. 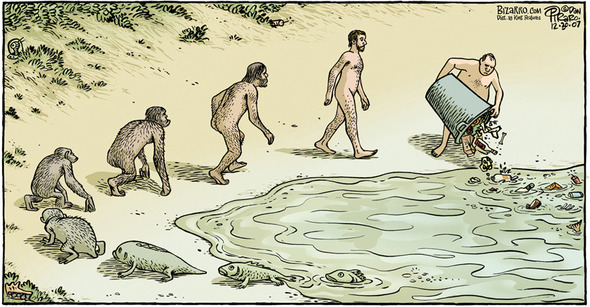 I'd send this cartoon into space with the following message: "We have been childishly careless with our home. Please help."
--Dan Piraro, Bizarro

Perhaps this Halloween panel would be a good one to go into space…with this message:
“To any Aliens who might receive this, feel free to join us on planet earth any October 31st!
You would feel right at HOME!”
--Marcus Hamilton, Dennis the Menace

I'd pick this strip to send into space, simply because I just love that phrase in the first panel, "Behold th' bodacious cosmos!" Hopefully, the life on the other planet would enjoy a greeting like that, too!
--John Rose, Barney Google and Snuffy Smith

Greetings! Life forms on Earth vary and are at different stages of evolution. Please don’t judge us by the worst of our kind. Our best practice and send peace. Our intention is to uplift ourselves and uplift our planet Earth.
--Karen Moy, Mary Worth

My greeting would be "Sshhh, let's keep this between ourselves..." as colonisation never seems to work out that well.
--Alex Hallatt, Arctic Circle

I'd like to send this Zippy strip into space---if I'm lucky, Zippy will take a wild ride right into a black hole, holding on to a four-dimensional glazed donut!
--Bill Griffith, Zippy the Pinhead

In "Safe Havens" the whole cast is embarking on a mission to Mars in January of 2018. "Fastrack's" Dethany is the project manager, as Fastrack, Inc. is sponsoring the flight. So the greeting would be, "Look out! Here we come!"
--Bill Holbrook, On the Fastrack and Safe Havens

"If it turns out that little grey extraterrestrials are behind crop circles, then they'll get a
kick out of this strip. That is, if they have a sense of humor. If they don't have
a sense of humor, and are offended by the strip, then take my name off it-- I'm
not responsible!"
--Rina Piccolo, Tina's Groove and Six Chix