Seventy years ago tomorrow was a momentous day in American and world history, known as D-Day. This was the hour, years in the making, when the Allied Armies led by General Dwight D. Eisenhower landed on the coast of northern France in the largest amphibious invasion in history, to begin the liberation of Europe from the terror of Nazi tyranny.

A HEARST NEWSPAPER’S D-DAY EXTRA. “EXTRAS” WERE RUSHED-OUT EDITIONS WHEN A BREAKING NEWS STORY OF IMPORTANCE COULDN’T WAIT FOR THE NEXT REGULAR EDITION. MANY TIMES (LIKE THIS ONE), IT WOULDN’T EVEN BE A FULL PAPER, ONLY FOUR PAGES, USUALLY MADE UP OF RANDOM ONES STILL SET FROM A PREVIOUS EDITION.

Hitler had control of most of the continent, and while fighting the Russians far to the east, and the Americans and British through North Africa and up through Italy, he had fortified the European coastline from the Atlantic to the North Sea to fend off a long anticipated “Second Front.”

The landings finally came on the 6th of June, 1944, hitting the beaches of Normandy. Taking the enemy pretty much by surprise, German strategists  anticipated likely locations to mount such an attack would be much further west.

The first news of the battle came about 5:30 AM EST here, just as America had started to wake  up. Newspapers hurried into print, putting out the latest bulletins in new editions through the day. Radio networks would break into the day’s programs at will with updates on the progress of the fighting. The turning point in World War Two had come at last. The invasion cost more than four thousand Allied lives. Freedom sometimes comes only at a terrible price.

In tribute to that day and the men who paid that terrible price, all I have to offer are the comics from that day. 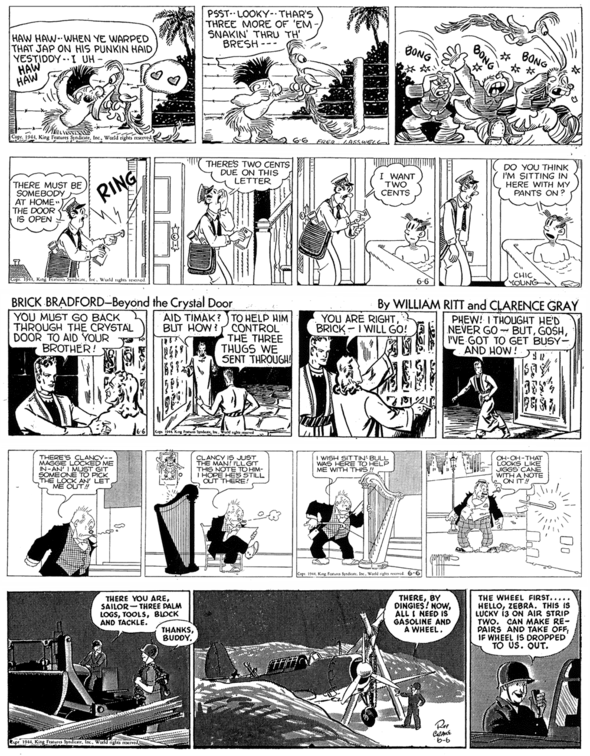 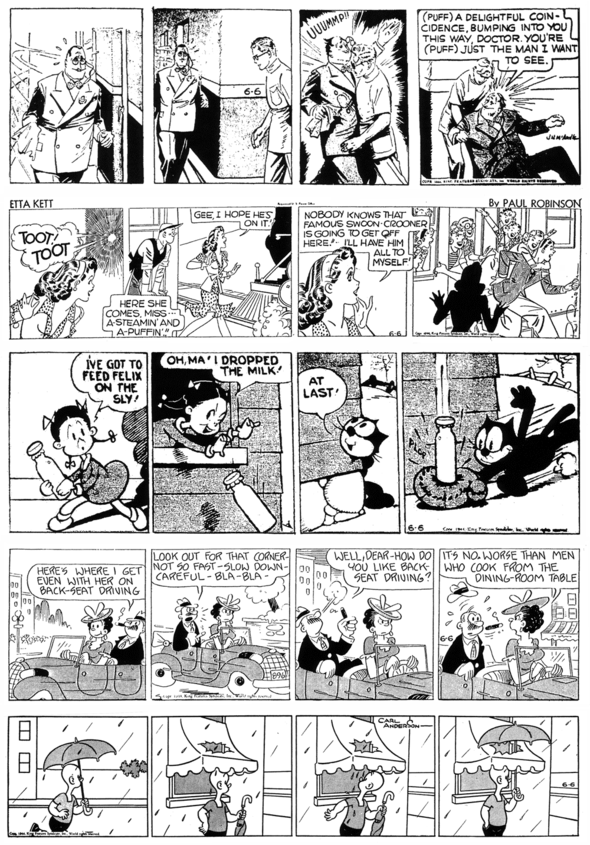 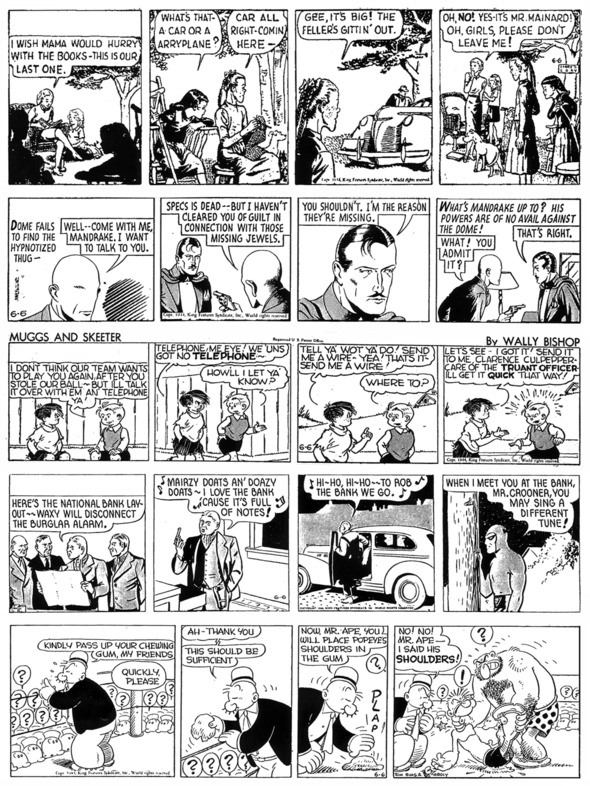 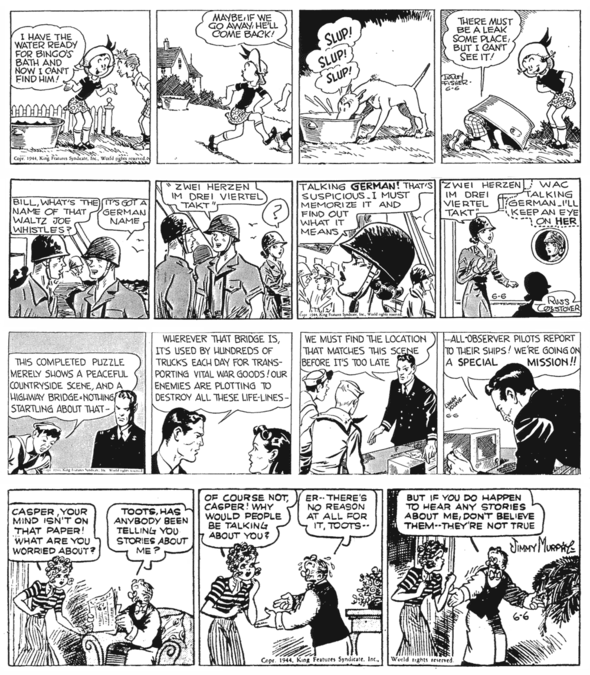 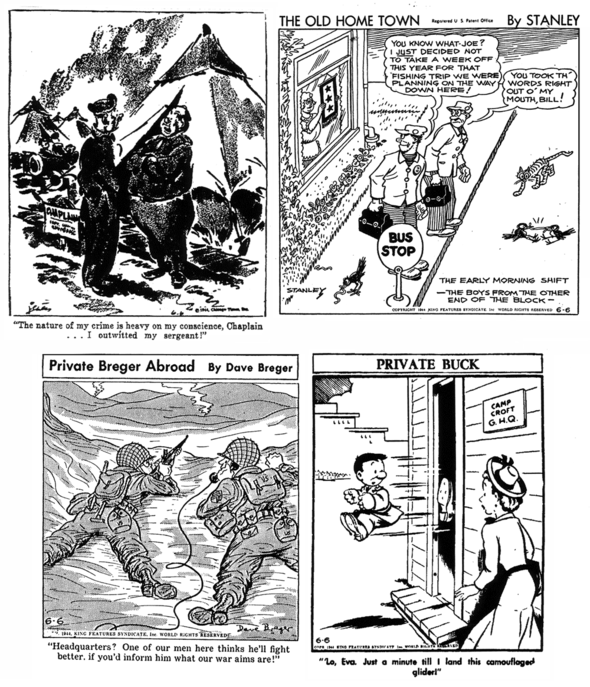 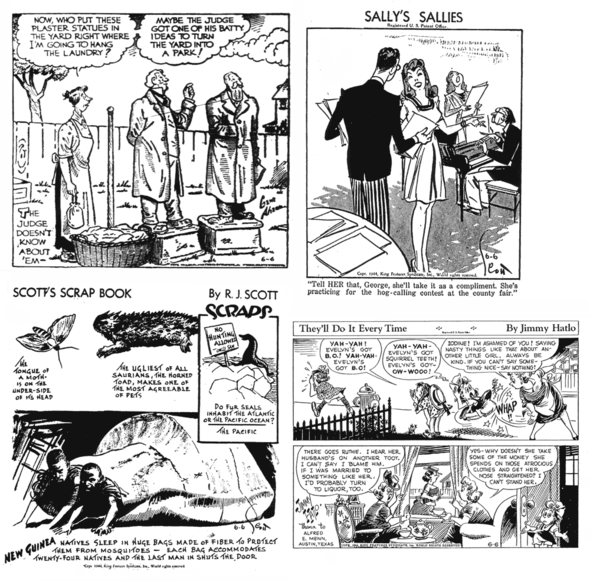 Here are my replies to last week’s Archivist post:

Oh come on now, there must be some Mallard gags you liked over the years, Mr. Trudeau?

Aw, Lulu! it can’t be the SAME joke. Mr. Tinsley has some wry observations to offer on the political scene, lest he wouldn’t be on editorial pages.

Truth is a rarer commodity than chuckles.

To be fair, Kennedy and Clinton’s not-so-private personal lives were rich targets of ridicule in a way that few other politicos are.

Sorry. Don’t recall that series, and I don’t have a complete Mallard file, though I should. Just keep reading, maybe a similar story will capture your imagination as well.

Thanks for reading! See you next week.