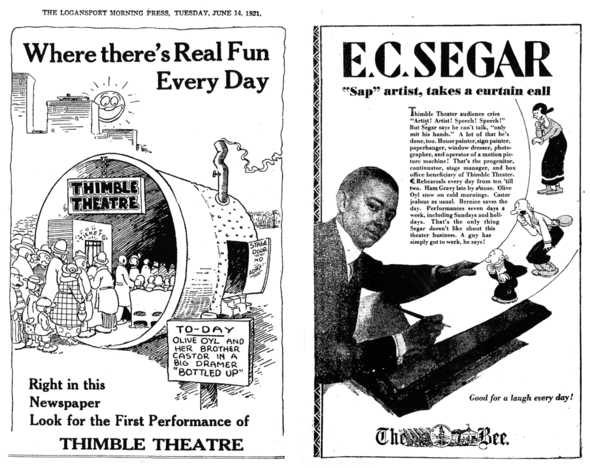 The Thimble Theatre began years before Popeye ever set foot in it. For the first nine years and one month of the series, it featured the goings on of the Oyl family, notably the off-and-on again romance of Olive and her beau, Ham Gravy. Or, as Elzie Segar spelled them, predating email address names by many decades, all one word, Oliveoyl and Hamgravy. I guess that was one of his quirks. Another was usually when a character says a number, it’s not spelled out, but the numerals appear in quotation marks (“47”). 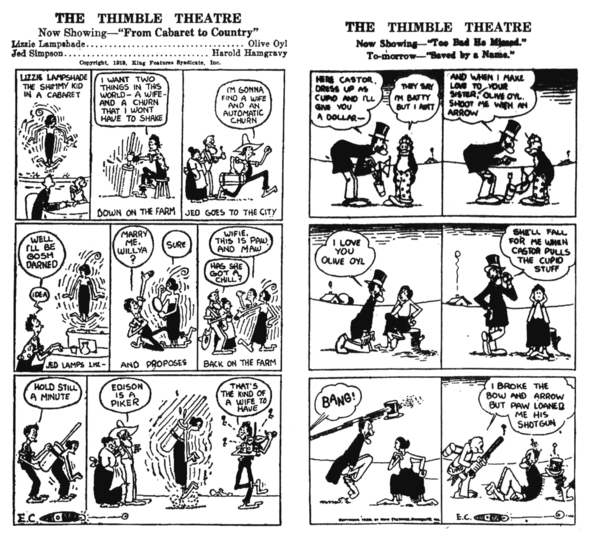 THE THEATRE’S DOORS OPENED 19 DECEMBER 1919 (Left), AND ORIGINALLY OFTEN HAD A VICTORIAN MELODRAMA COHORT OF HERO-VILLIAN-GIRL. THE BAD GUY WAS PLAYED BY “WILLIE WORMWOOD”.

The characters are quirky also. Olive is, of course, well known to all from her many years as girlfriend to our favorite one-eyed mariner. In the 1920s, she had a match in Mr. Gravy, a dim bulb with a bald head shaped much like ... a dim bulb. Olive’s brother, Castor, wasn’t any more mature or intellectual. In fact, in early episodes, the point of his gags are that he’s really crazy.

Their adventures usually concentrate on acquiring undeserved status or wealth, and often end in futile embarrassment and defeat. 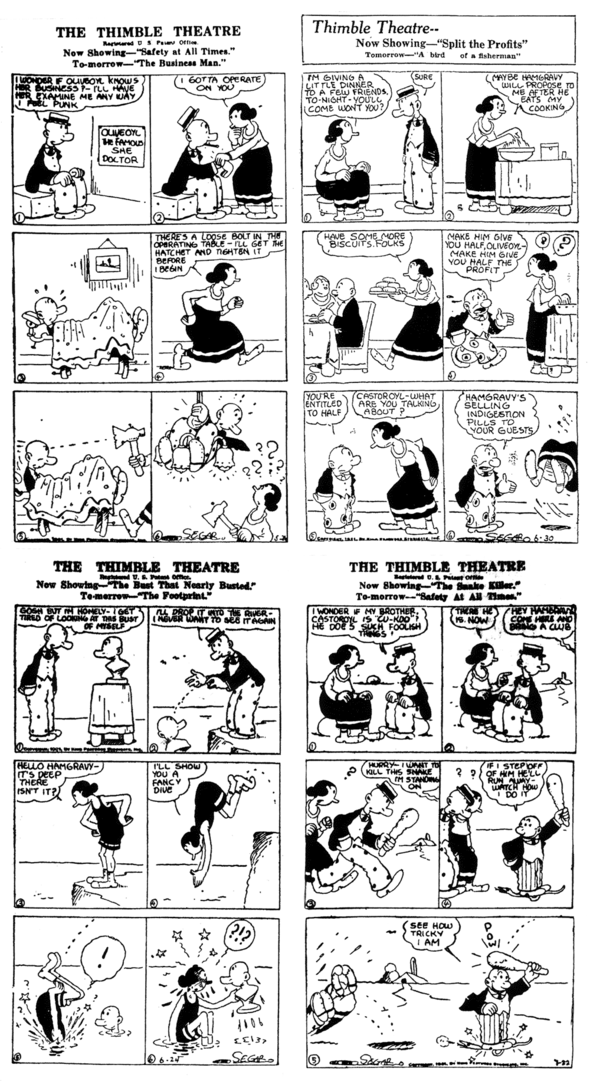 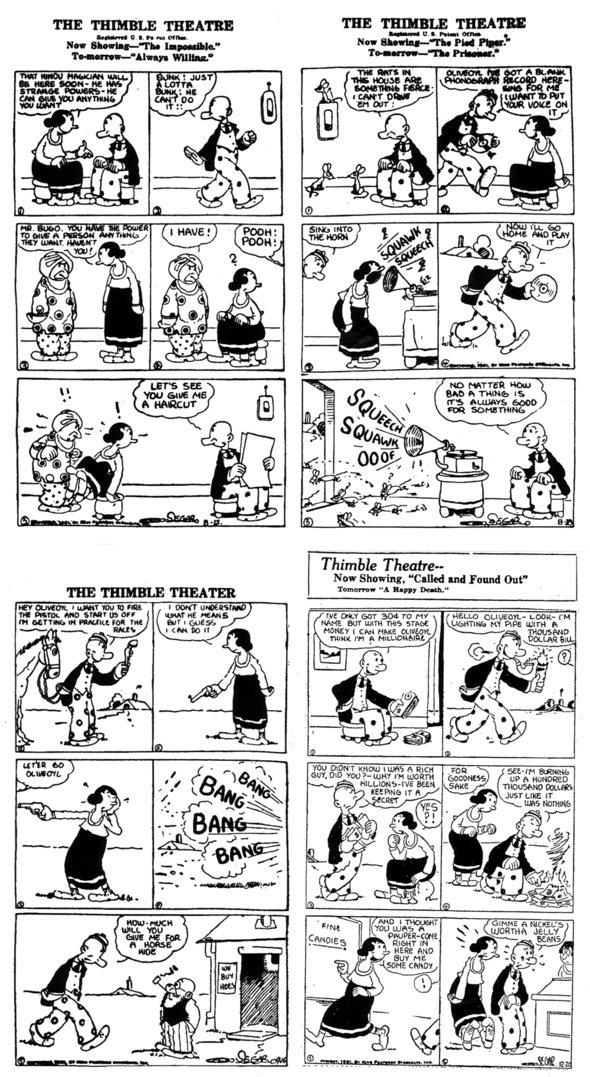 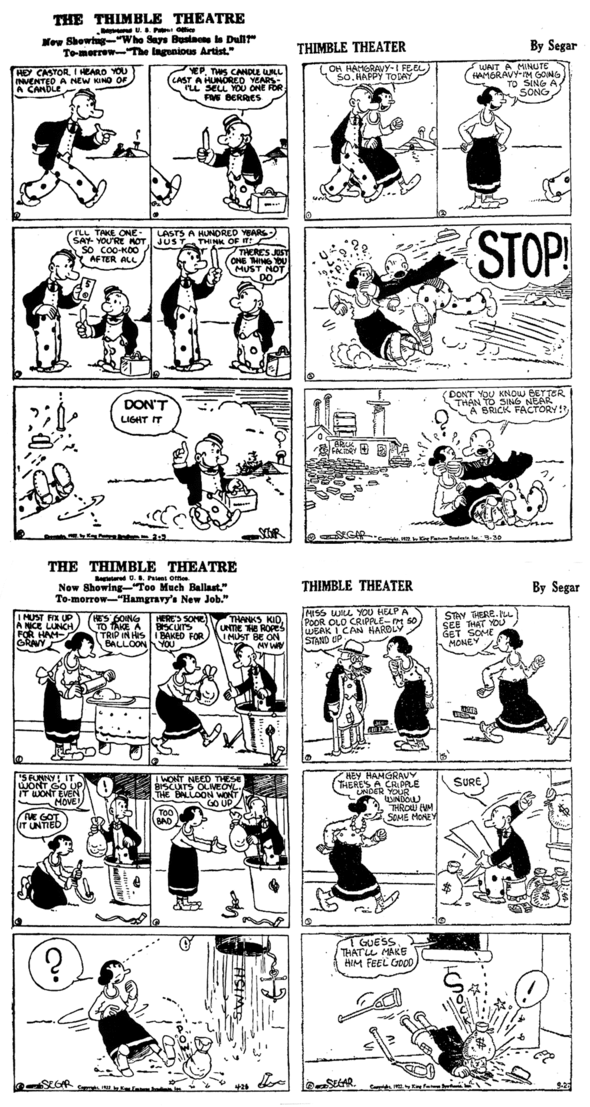 The Sunday "Thimble Theatre" started in 1925, and the cast grew here and there, with Olive and Castor’s father, Cole, mother Nanna, and Castor getting a wife, Cylinda, in 1926. 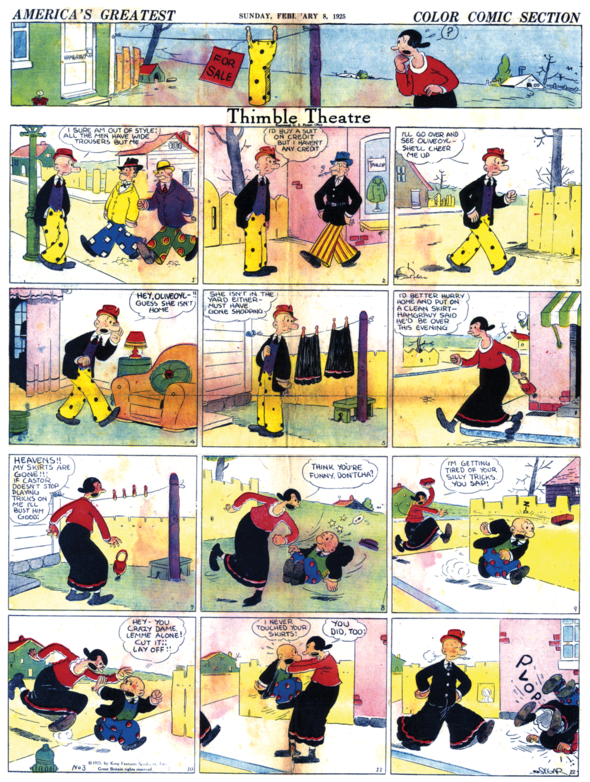 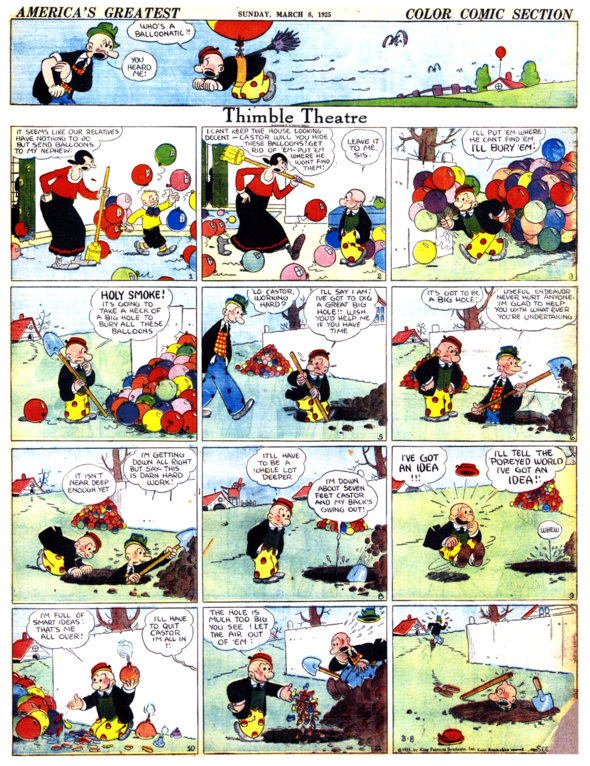 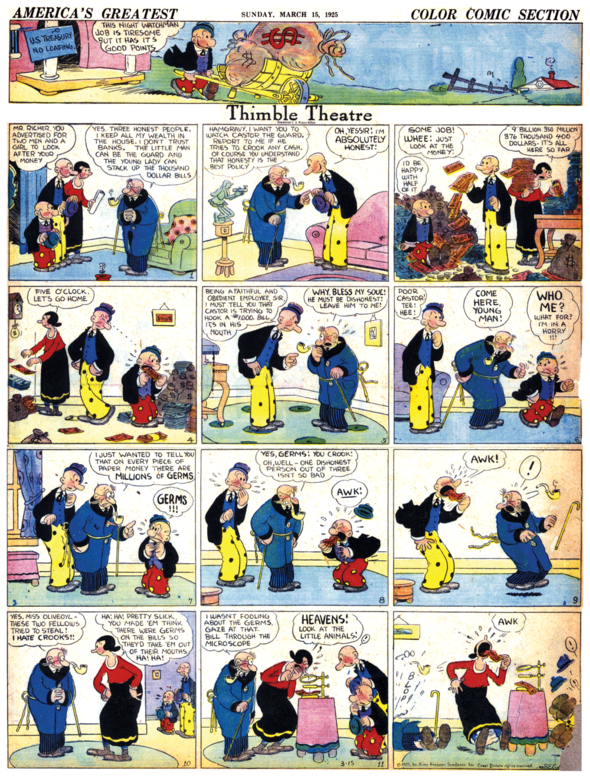 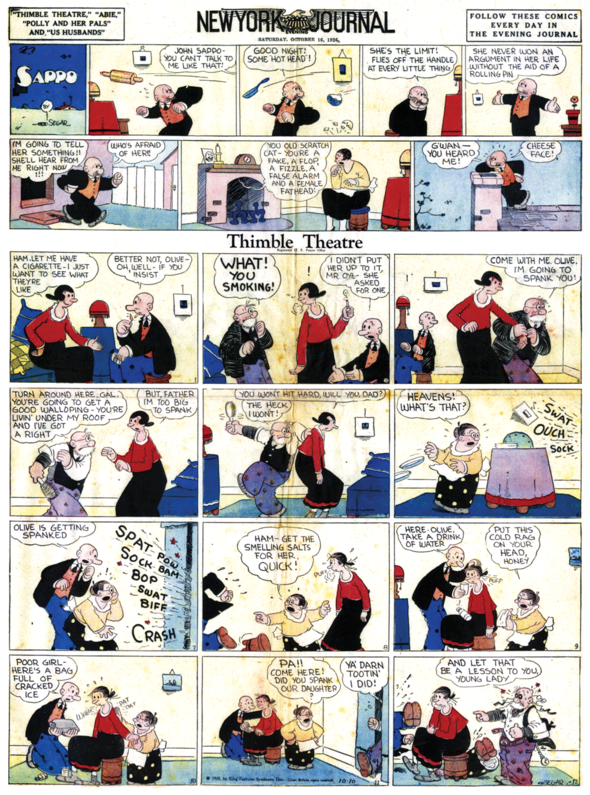 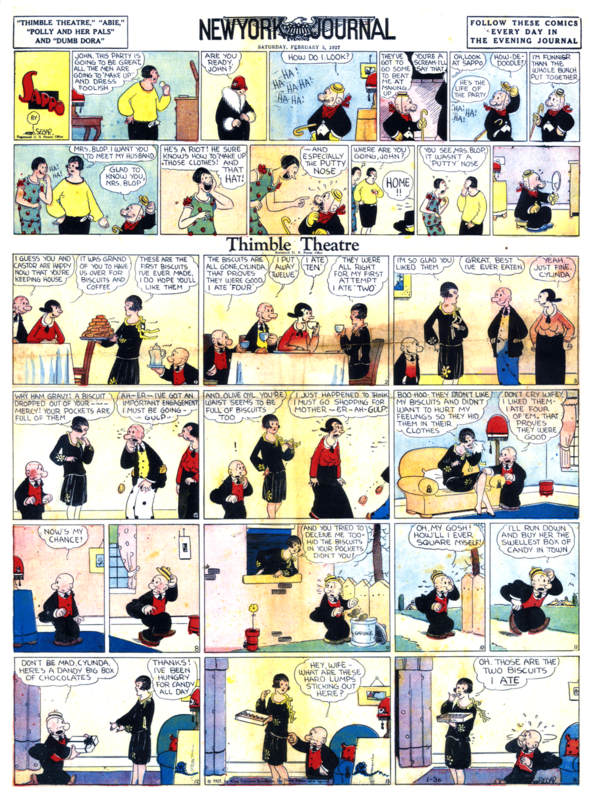 In a short time, Cylinda would vanish and Ham would follow after Popeye won Olive’s heart. Looks like no readers missed him either! Segar never brought him back, except as an edge filler in a l930's Sunday, featuring some play money to cut out with his Mr. Gravy, along with the caption “Remember this bird?” Maybe, no one did.

Thanks for looking in on my blog. Always glad to have celebrity postings!

Keep reading- I’m sure I’ll find something so incomprehensible you’ll demand answers for it in no time.