Two things happened fifty years ago this month: the Cuban Missile Crisis and the start of a continuity strip based on “DR. KILDARE,” a then-current dramatic series on television starring Richard Chamberlain.

In the 1930’s and 1940’s, Metro Goldwyn Mayer (MGM) produced a series of films based on the Max Brand-created character. MGM owned the character and, in the television era, started developing small-screen versions of some of their best-loved properties, such as “NORTHWEST PASSAGE,” THE THIN MAN,” “NATIONAL VELVET,” and “THE ASPHALT JUNGLE.”

The “DR. KILDARE” series debuted on NBC on September 28, 1961, and ABC aired a competing hospital drama, “BEN CASEY,” about a week later.  Both were very successful, and both led to more in this genre, (“THE DOCTOR CYCLE”) and to licensing bonanzas, including dolls, doctor kits, books, puzzles, records and even daily comic strips.

After a year in the Nielsen top ten list of TV shows, a King Features strip version of “DR. KILDARE” was launched, drawn by the great Ken Bald, who up until then had been doing advertising and the “JUDD SAXON” strip (which we covered here on June 27, 2012) and it made its’ start on October 15, 1962. 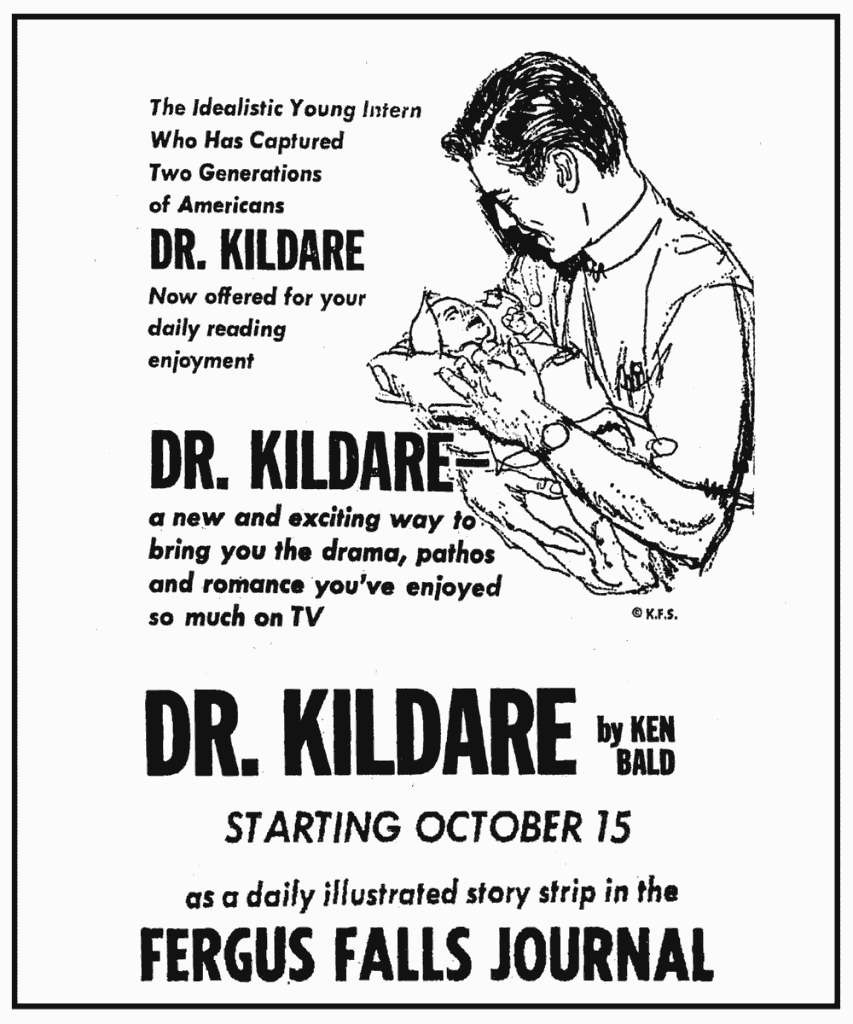 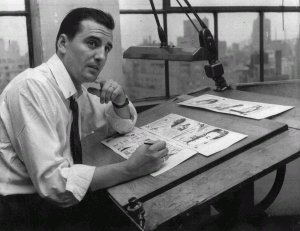 Ken Bald undoes his collar and rolls up his sleeves to pose at a desk in the King Features building with three original strips from the first week of “DR. KILDARE.”  Probably September 1962.
(Photos from The Archivist’s collection)

The stories are much like those in the TV series, with all kinds of people bringing marital strife, cultural clashes, criminal secrets, class warfare and any number of non-medical problems along with them to Blair Memorial Hospital. As a resident intern, “DR. KILDARE”  provided a nonstop soap opera look at the world.

Bald is a master craftsman, and was able to take any story and provide ingenious visuals. He has a real “camera eye,” for his stories, often taking a static “two people talking in a room” scene, and going from extreme close-ups of a small detail in the room to going far, even miles away, out of the room, looking down on the place where the action is taking place. His gift for dramatic shadows is still one of the best. 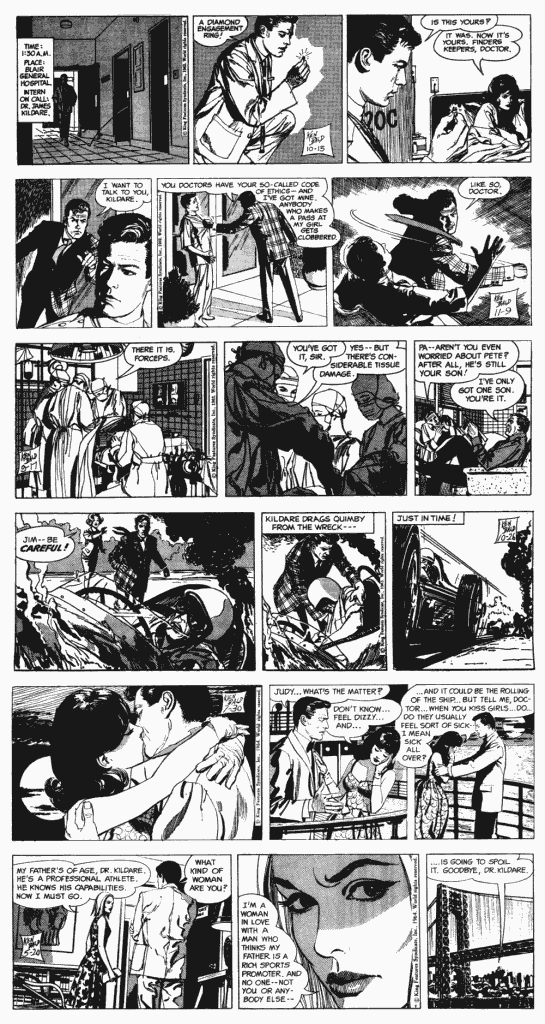 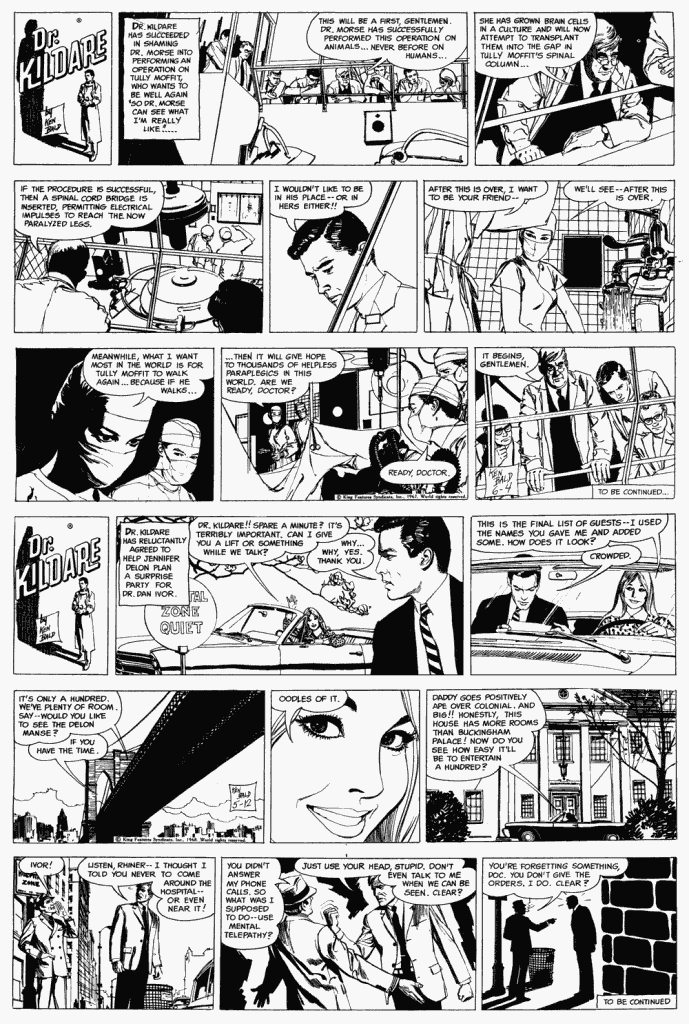 The show ended with the broadcast of August 30, 1966, but the “DR. KILDARE” strip lasted four times as long, running until  April 21, 1984.(The Sunday strip lasted from April 19, 1964 to April 3, 1983). Throughout, the good doctor never seemed to age a dot, looking like every day was 1962. Bald used a file of photos of Mr. Chamberlain from the series, but he had to go on using them for twenty two years. The Dr. Gillespie of the original production was the great old character actor, Raymond Massey, but Bald didn’t have to also include his likeness, so he created his own version.